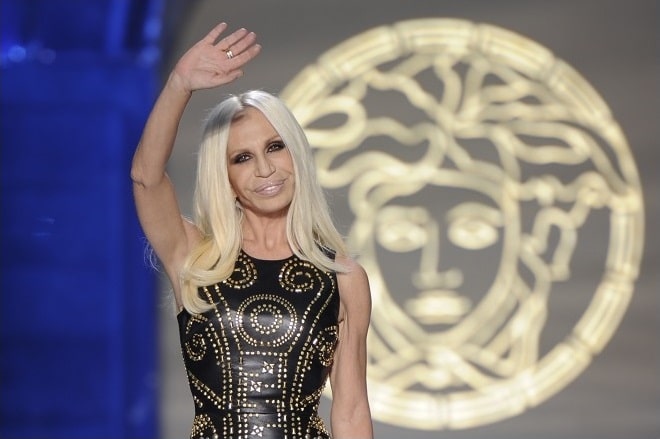 Donatella Versace is a vivid example of excessive enthusiasm for cosmetic procedures. A well-off and pretty woman changed beyond recognition after plastic surgeries.

Donatella in her youth

The girl was born in May 1955 in a small Italian town. Her mother sewed clothes, and her father provided financial services. The love of sewing was inherited by one of the older brothers – Gianni, who later founded the Versace fashion house. 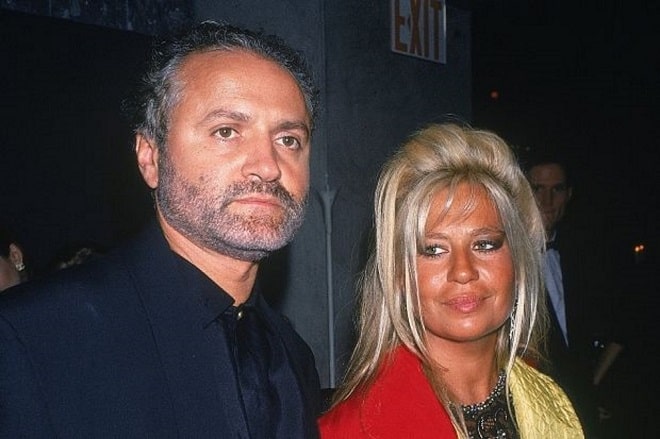 After graduation, the girl moves to Florence, where Gianni confidently steps up the career ladder in the fashion business and embodies the dream of his own company. At the local university, she studies Italian literature, and after receiving her diploma, she joins her brother’s company. 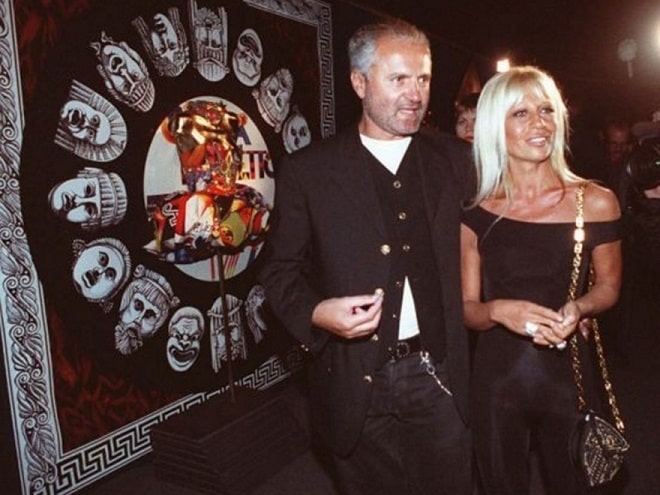 In a family business Versace, the older brother Santo oversees finance, and Donatella has been the director of public relations since 1978 and is the main consultant, critic, and adviser of Gianni. 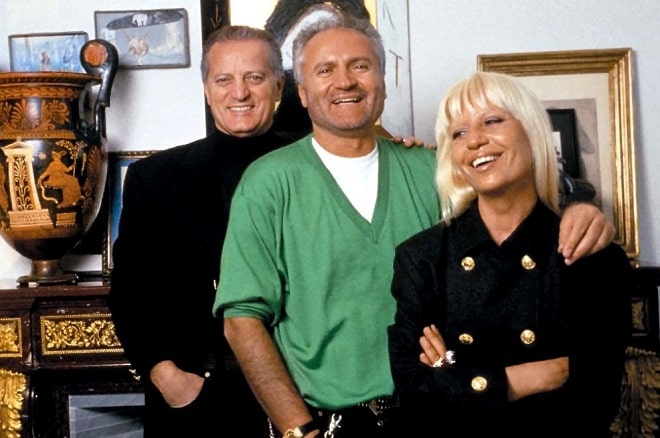 Donatella took over the company in 1997 after the tragic death of Gianni Versace. Many predicted the collapse of the fashion house, but they underestimated the girl. 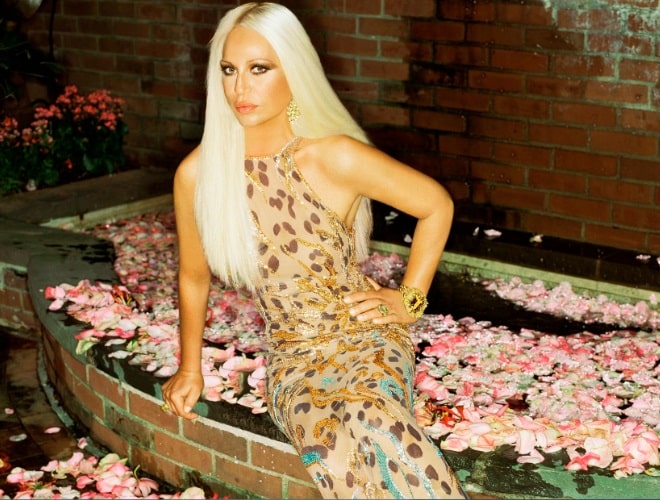 The first collection, although met with no delight, wasn’t a failure. Donatella’s perseverance, energy, and great desire to preserve the company led the Versace brand to new heights of fame. 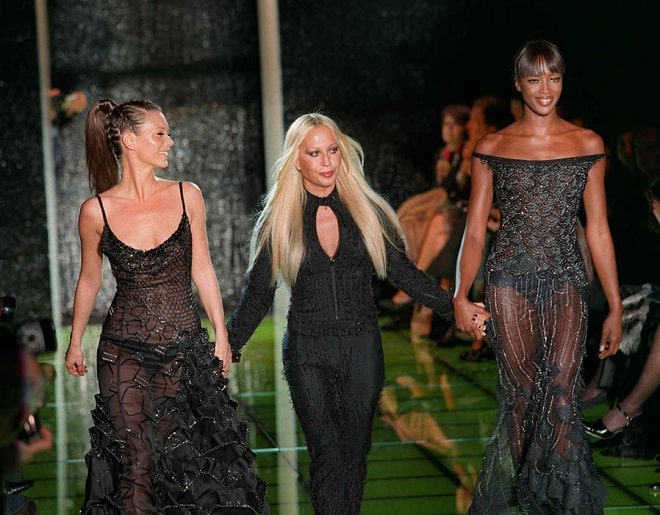 Donatella gently dilutes the luxurious sexuality of her outfits with femininity, elegance, and sophistication. The world catwalks are meeting with increasing interest and delight in her collections presented by world stars. 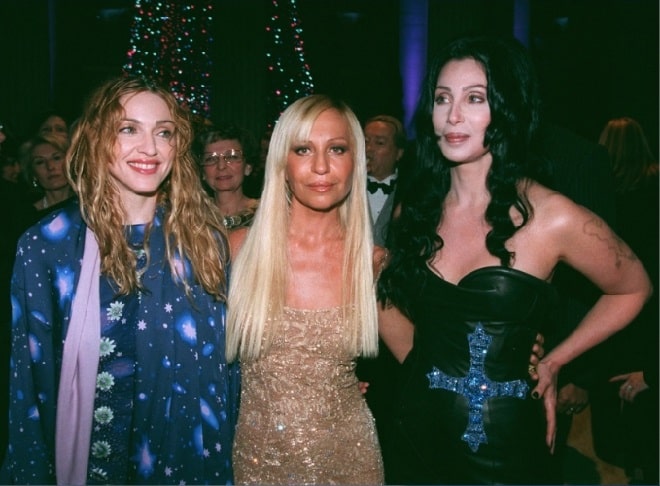 She develops and expands the family business, working on the design of cars, yachts, hotels, perfume, and confectionery. 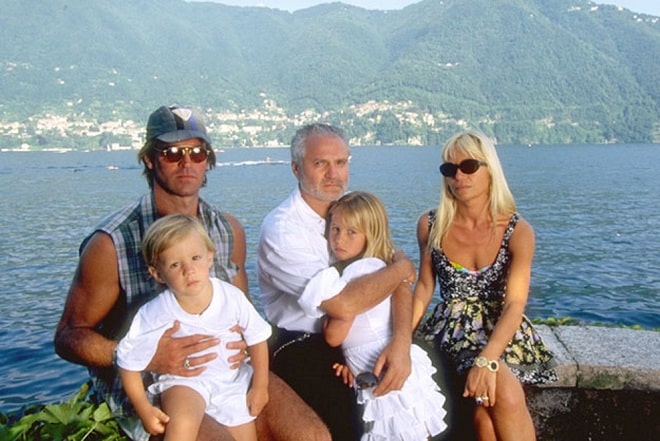 After the divorce, the personal life of the “Fashion Queen” was under the gun of the paparazzi, but no one managed to reveal her secrets.

The first obvious changes in Donatella’s appearance were noticed by journalists in 2003. Before plastic surgery, she had a pleasant, lively face with a good lip shape and smooth skin. 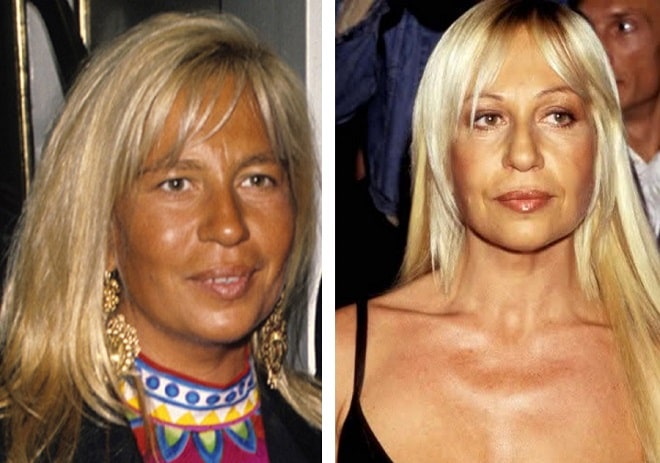 Rhinoplasty slightly reduced the width of the nose and narrowed its tip, transforming the appearance of Donatella. The first circular facelift was also successfully completed, but the designer did not stop there.

She managed to successfully correct age-related changes, smooth wrinkles with botox injections, improve the shape of the face and cheekbones with filler, and eliminated the overhang of the upper eyelid with blepharoplasty. 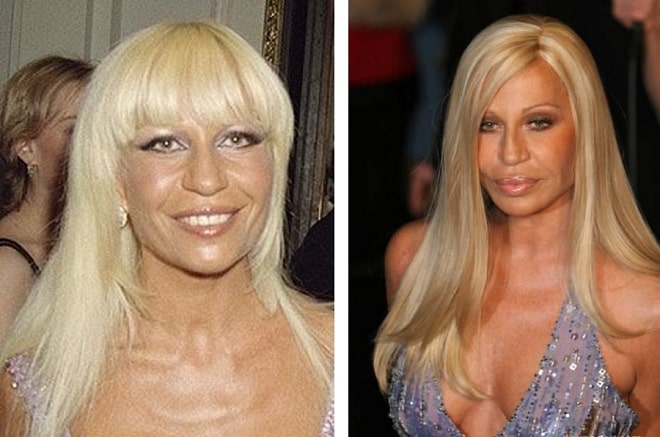 Although Donatella Versace never suffered from fullness, she also improved her body. The Italian woman has noticeably lost weight and had breast augmentation. 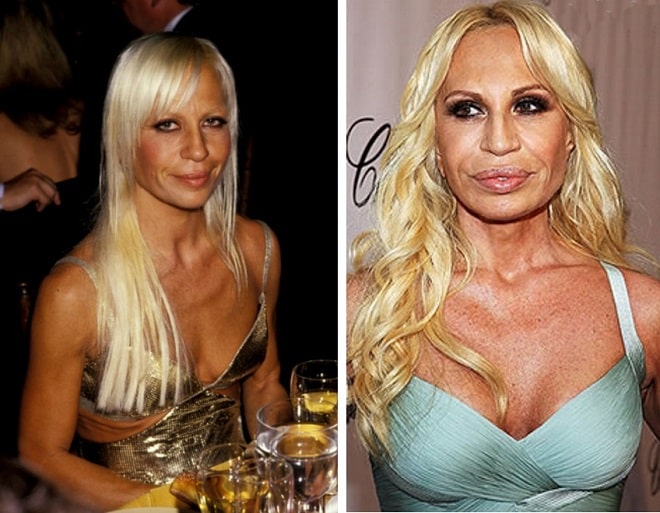 Comparing photos of Versace before and after the next plastic surgeries specialists in aesthetic medicine note that the performed rhinoplasty did not bring the expected effect. The lips were greatly enlarged due to constant lip injections and disturbed the overall harmony of the face. 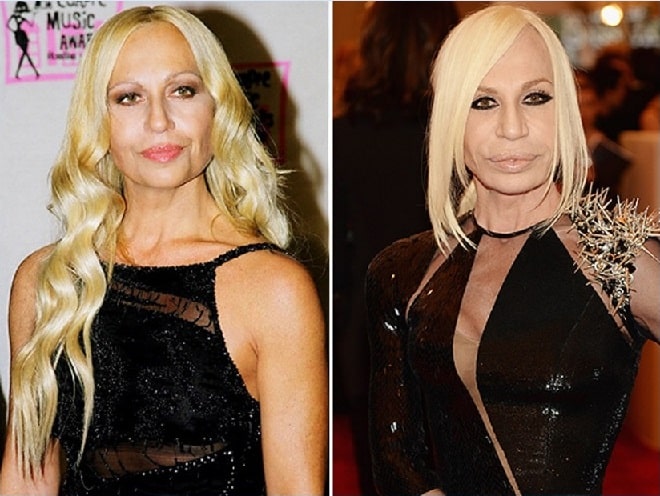 Numerous photos of Donatella Versace show how frequent laser resurfacing has thinned the skin. Excessive thinness made the face disproportionate with huge lips and a small chin. 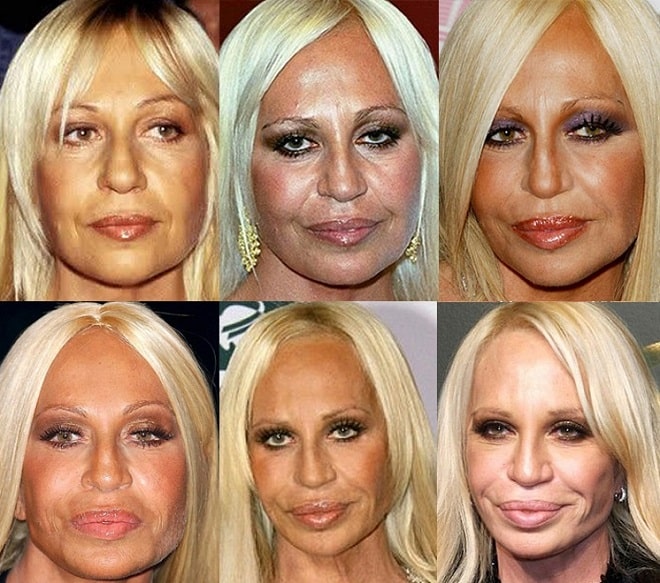 It turned out that the designer’s impeccable taste was overshadowed by the desire for eternal youth. 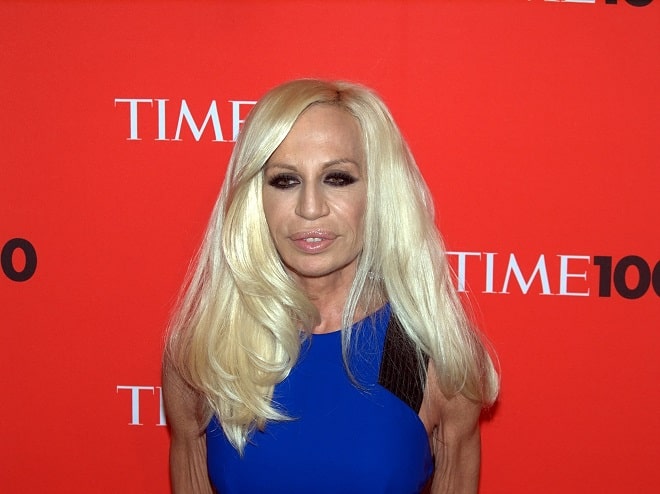 The trendsetter herself once said,

“If you don’t look like a million dollars, you’ll never earn two.”

Energetic and purposeful, Donatella Versace has come a long way, becoming one of the most recognizable and influential personalities in the fashion world.

Today, Donatella is doing what she loves and enjoys life, not getting tired of correcting her appearance.