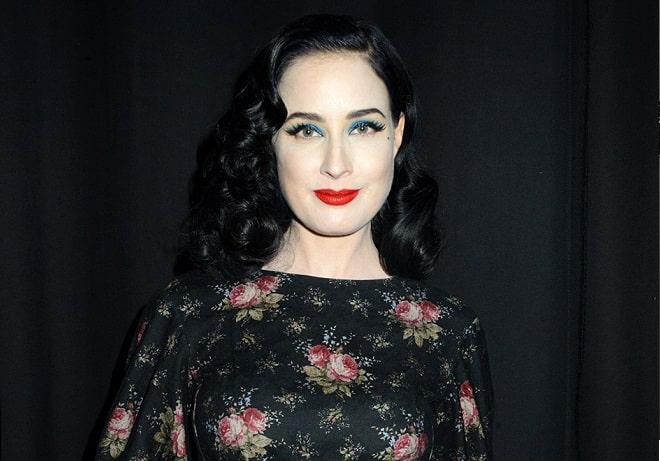 It is difficult to recognize the fatal burlesque star Dita von Teese in the young blonde Heather Sweet. As if descended from the screens of films of the golden age of Hollywood, Dita von Teese at the same time radiates wild sexuality and mystery. She independently found her own unique style and thought out the image to the smallest detail. Even without makeup, Dita von Teese retains an incredible appeal. How did a blonde girl from the province turn into a gorgeous brunette who conquered the world?

The real name of the celebrity is Heather Renee Sweet. She was born into an ordinary American family in 1972. The childhood of the future star was spent in the small town of Rochester in Michigan. The only serious hobby of the girl was dancing. Already at the age of 13, Heather performed solo numbers and was preparing to devote her life to a career as a ballerina.

At school, Sweet was subjected to real bullying. The girl was not only insulted but even sometimes beaten by classmates. In an effort to take revenge on her abusers, as well as to arouse the envy of her peers and to fight young men with her beauty, the future actress radically changed her image at the age of 14. A thick layer of makeup appeared on her pretty face, and revealing mini and blouses with a deep neckline appeared in her wardrobe.

Already at the age of 15, the girl began to earn extra money – first in a pizzeria, and then in a lingerie store. After graduating from college, where she studied costume history, Heather got a job at a strip club. She successfully diluted her performances at the pylon with ballet elements, which brought the novice dancer success. 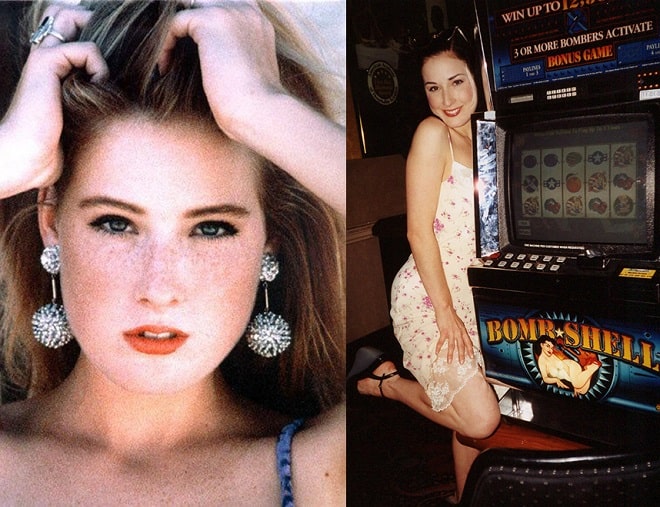 At the age of 20, Sweet underwent plastic surgery for breast augmentation. She became the first of many surgical interventions that the star subsequently resorted to, striving to achieve an ideal appearance.

Black gloves, lace, and corsets began to appear in the stage costumes of the actress. And the girl’s hair was dyed from a light blonde to a rich black color. From the very beginning of her career, she began to promote her signature retro style, despite the fact that the image of a neighbor girl was in fashion at that time. At the same time, she took the pseudonym Dita von Teese. 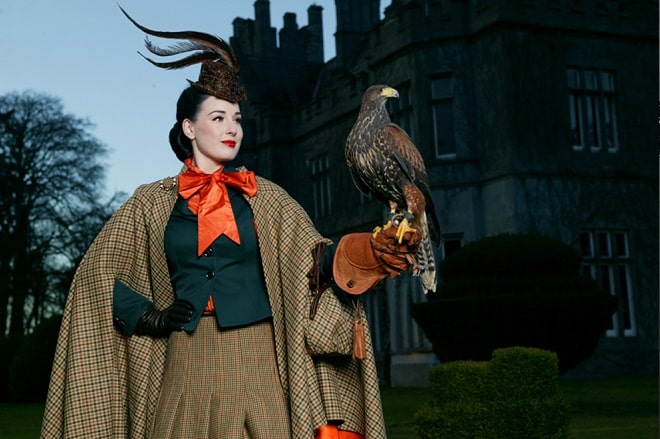 The most famous number of the artist’s performances is considered to be a performance with a martini glass. It was even repeated by Cameron Diaz in the Hollywood movie “Charlie’s Angels”. And in the credits to the picture, there was a special thanks to Dita von Teese. 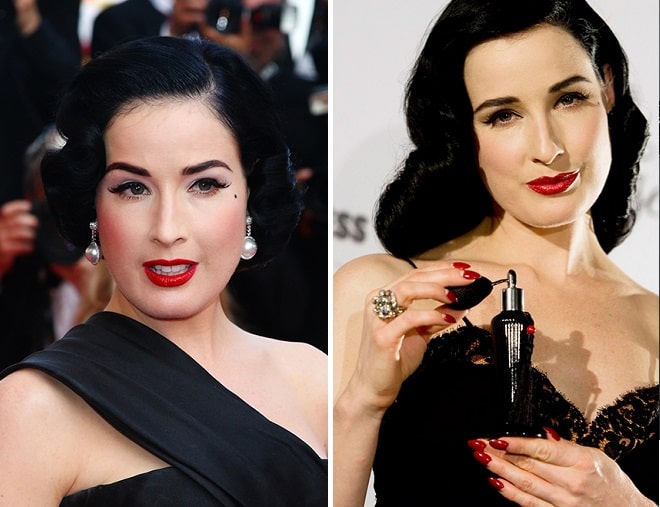 In 2005, at a performance at the New York Academy of Arts, Dita’s costume was encrusted with real diamonds, the total cost of which was $ 5 million. And in 2006, von Teese became the first guest dancer to perform in the famous Parisian cabaret Crazy Horse.

Dita also performs a lot with her own band and the show “The Art of Seduction”, which has been a success in many countries of the world. However, in 2020, the tour had to be interrupted due to the coronavirus pandemic.

In addition to her dancing career, Dita tried herself in the music field. Her debut song was the single Disintegration, recorded together with the duo Monarchy. And in 2018 she released a solo CD by Dita Von Teese.

The woman also appeared on wide screens. The most famous role, which earned her the title of best actress at the Beverly Hills Festival, was the image of Gala in the film “The Death of Salvador Dali”.

Dita’s personal life is as colorful and vibrant as her stage costumes. Dita does not hide at all that she had an intimate relationship with a huge number of men. However, one of the brightest romances took place between the star and rock singer Merlin Manson. In 2005, the couple even got married. However, when the union no longer brought benefits, the marriage broke up. 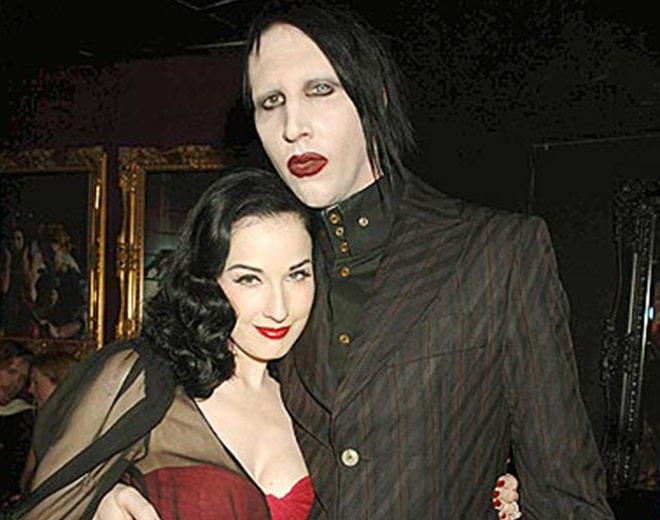 Since 2014, von Teese has been in a relationship with Adam Raitsevich, the designer of the Disney studio.

Currently, Dita von Teese focuses on the development of her own underwear line, is engaged in Pilates and horse riding, and continues to inspire famous designers to create new collections. 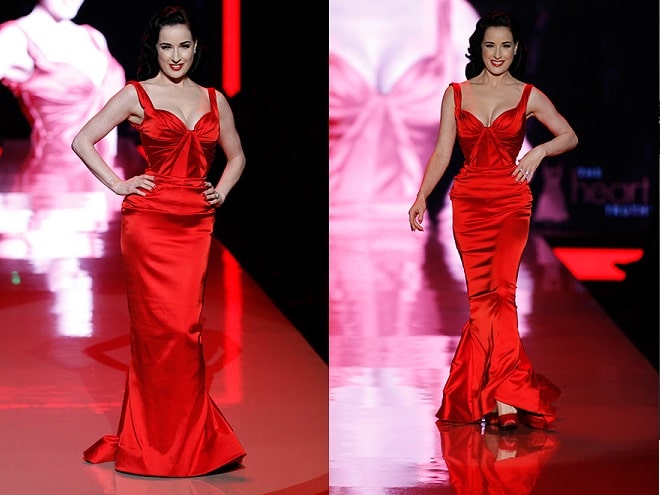 When the young blonde Heather Renee Sweet just started dreaming about becoming the queen of burlesque, she realized that she would have to transform a lot on herself. To become that Dita von Teese, who became famous all over the world, she not only changed her name and hair color but also spent more than one hour on the plastic surgeon’s table. 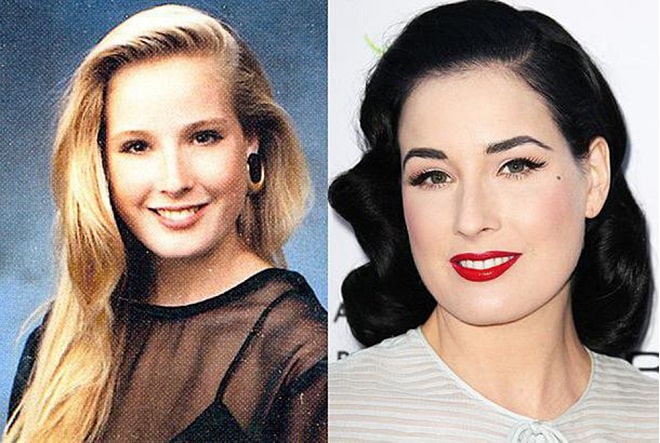 The dancer enlarged her breasts at the age of 20 and, according to rumors, removed a couple of ribs to make her waist thinner. The result was an ideal sexy figure in the shape of an hourglass, the covers of men’s magazines, and the love of millions of people around the world. 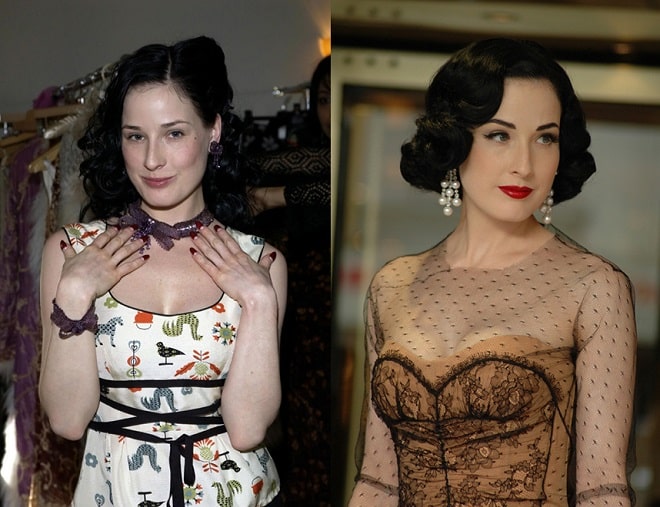 By the way, the fatal seductress does not deny that she will again seek help from aesthetic medicine specialists, because, in her opinion, it is necessary to do something that increases self-esteem.