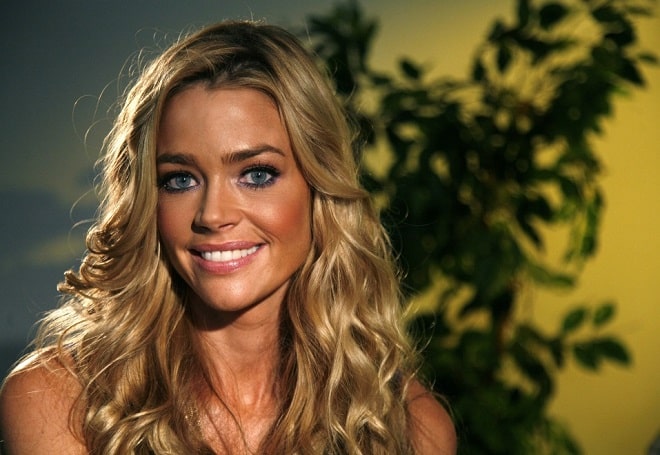 Looking at the photo of a young Denise Richards, you understand why she was considered one of the most beautiful actresses in Hollywood. Expressive blue eyes, wide, effectively curved eyebrows, slightly upturned nose, a clear oval face, neat cheekbones, full lips. It’s impossible to look away from such a face.

The charming blonde even as a child, she wanted to become famous. The idea to conquer Hollywood was strengthened after a meeting with an Indian shaman who predicted the future in the acting career. At 18, Denise, who grew up in a small town in Illinois, went to New York to work as a model. She advertised cosmetics and swimwear but always thought of something more. 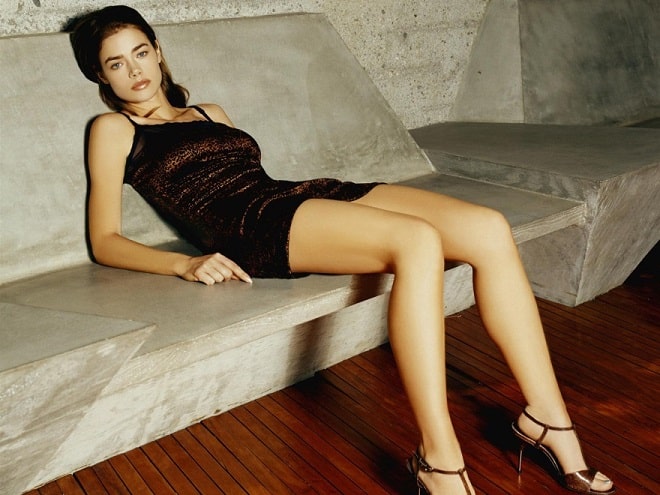 The girl went to Los Angeles and, thanks to her angelic appearance, attracted the attention of TV show editors and Hollywood Directors. At the age of 26, she got a role in the movie “Starship Troopers”, which made her famous. 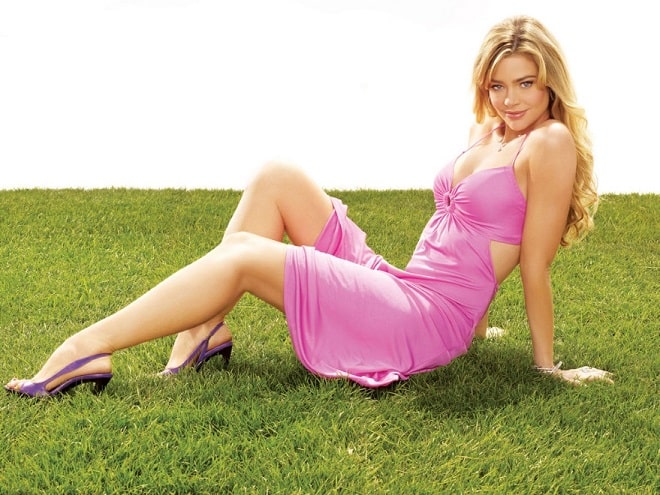 On the set of the movie “Good Advice”, Denise met Charlie sheen and disappeared in his arms. 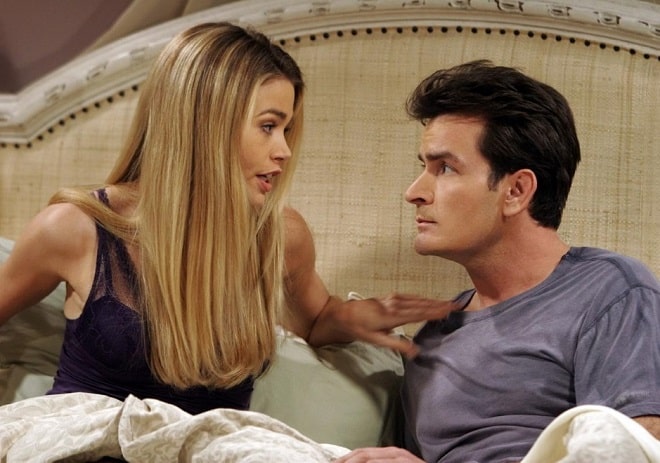 For four years, they were linked by family ties, until Richards filed for divorce, tired of her husband’s rampant lifestyle. After breaking up with Charlie sheen, she took her daughters and even sued her ex-husband, accusing him of aggressive behavior.

Now Denise Richards ‘ life is not as busy as it was when she was young, but sometimes her last name appears in the press. A few years ago, the star, feeling the fading interest in his person, wrote the book “The Real Girl Next Door”. Contrary to the expectations of the actress, the book was not popular. To increase sales, she told the candid facts of her biography, shared her triple experience of breast correction with the public and described in detail all the circumstances of the operations. 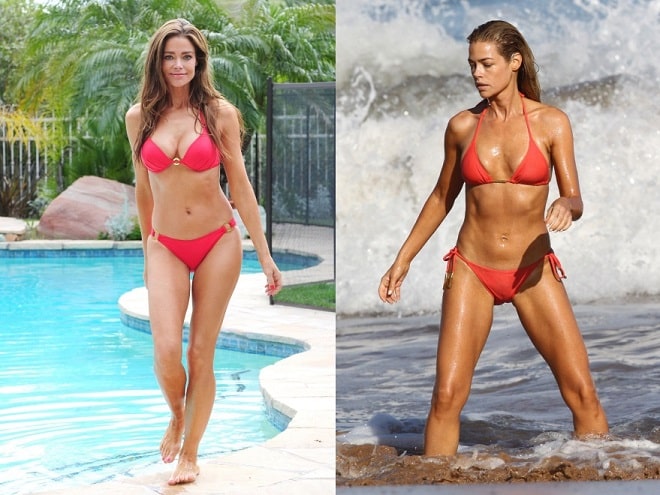 For the first time, Denise Richards had a boob job at the age of 19 by inserting implants of large size. After breast augmentation, tits did not match the fragile figure, and she again went to a plastic surgeon.

However, after the second operation, little has changed. She was left with big Breasts and a dream to correct the mistakes of the surgeon.

The actress was preparing to shoot another film, so she did not bring the case to trial. Only a few years later, she ventured into third plastic surgery and eventually received Boobs with smaller implants. 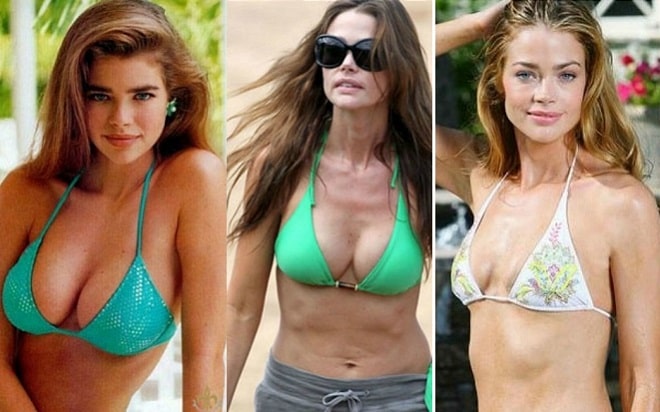 The star did not mention other trips to a plastic surgeon, but experts noticed traces of rhinoplasty on her face. Denise Richards clearly had a nose job. 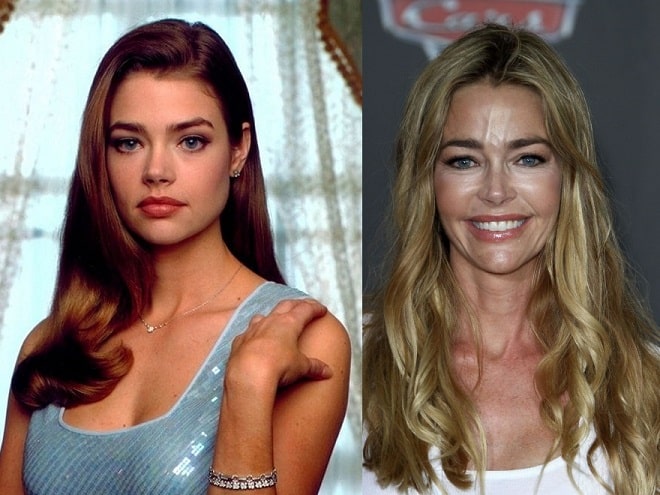 In addition, she is suspected of contouring. There was a correction of the oval of the face and cheekbones with fillers. Because of Botox injections, her face lost its facial expressions and became like a mask. 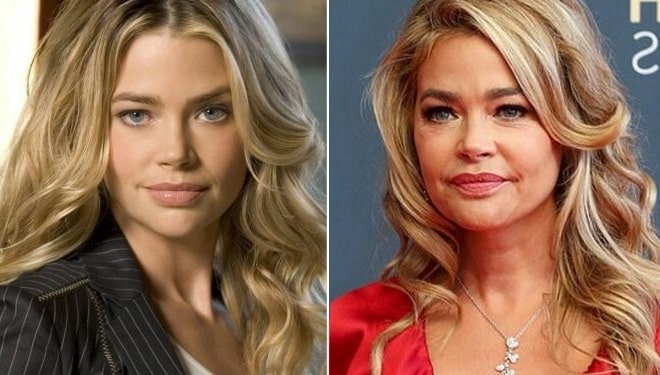 Now Denise Richards looks less groomed. The skin has lost its tone, wrinkles have appeared on the neck and under the eyes, nasolabial folds are noticeable, which she hides with a wide smile. 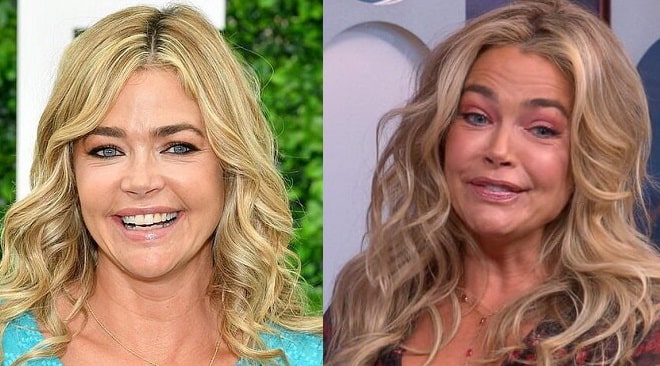