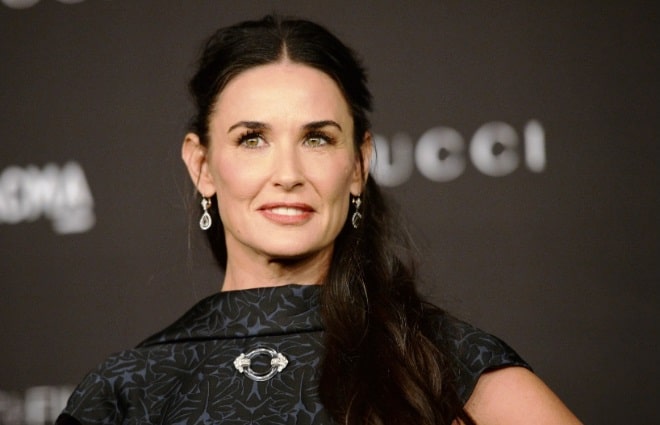 Demi Moore is not only rich, famous and beautiful, but she also looks much younger than her years. She managed to realize the American dream despite a difficult childhood and not a perfect appearance. It is believed that the actress spent more than half a million dollars to improve her appearance. She did a breast correction, facelift, rhinoplasty, blepharoplasty, Botox injections.

Demi Moore in her youth

The actress now rarely recalls a difficult childhood with a hysterical mother and a rowdy stepfather. 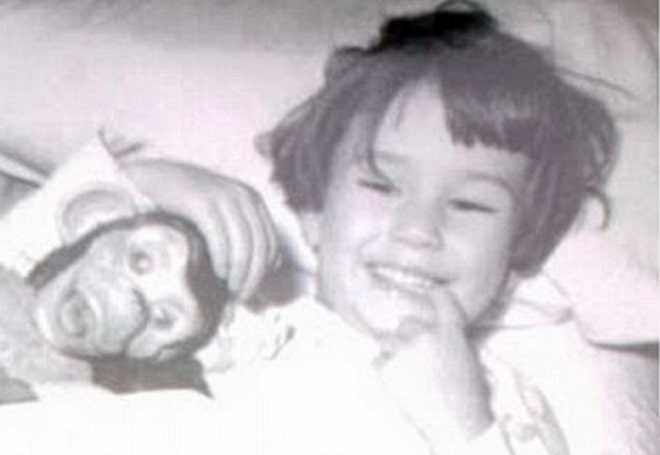 The remarkable story of the star’s ascent would not have happened without outside intervention. At the age of 16, Demetria underwent surgery to correct her strabismus and, on the advice of her neighbor Nastasia Kinski, went to conquer Hollywood. 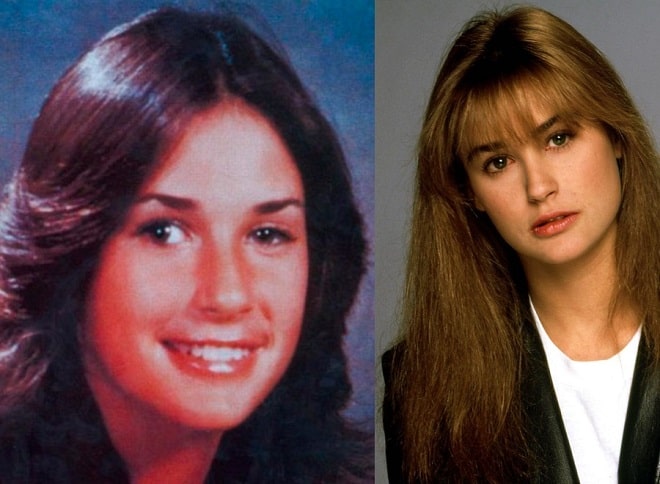 At a young age, she married rock musician Freddie Moore. After a quick divorce, she shortened her first name and left the last name of her ex-husband. 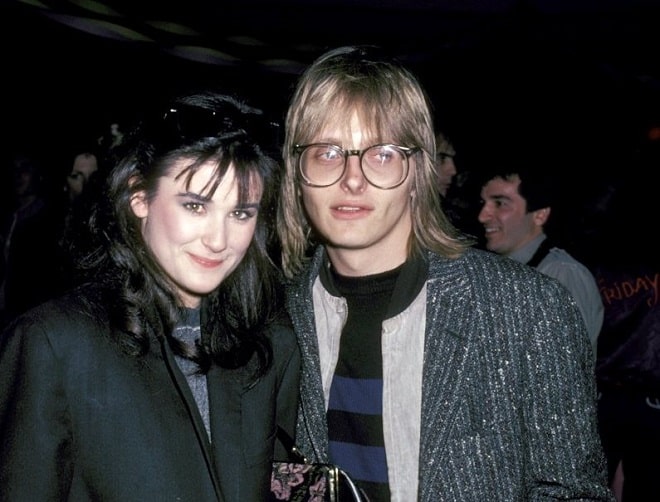 Demi Moore started getting small roles in TV series at the age of 20, but real success came to her only at 28-after the release of the film “The Ghost”. Demi Moore’s charming look teamed up with set partner Patrick Swayze instantly garnered fans. 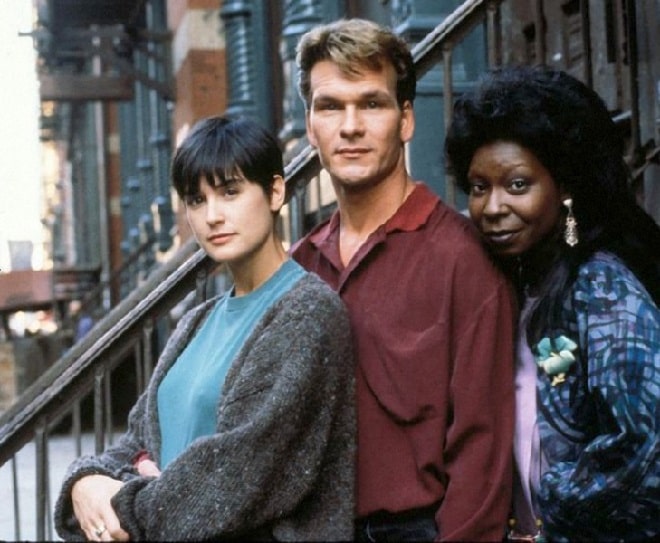 The turning point in her career was the film “Striptease”. On the screens it was released in 1998, it is not difficult to calculate that Demi was 36 years old. By that time, the actress was already married to the equally famous Bruce Willis and gave birth to three daughters. The youngest girl was not yet two years old, and the figure of Demi Moore looks amazing. 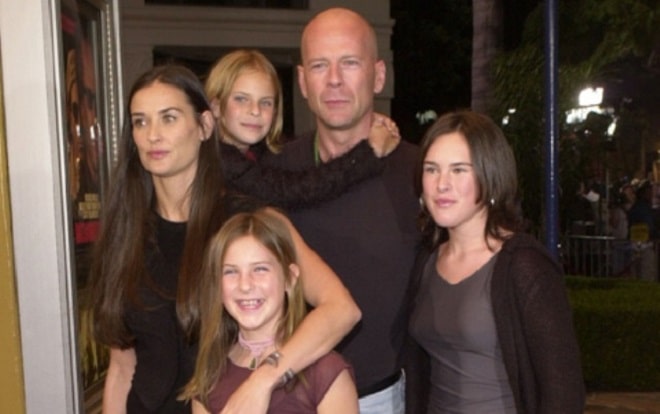 The couple lived together for 11 years and in 2000 quietly filed for divorce. 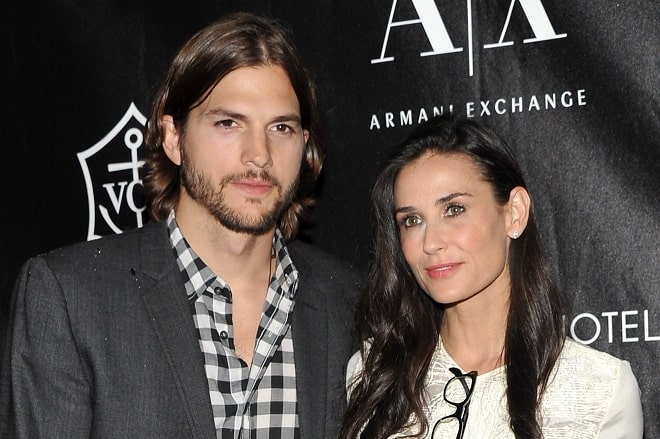 Five years later, Demi Moore’s perfect appearance attracted Ashton Kutcher. This marriage broke up with a loud scandal and became the most expensive divorce in Hollywood.

“Being sexually attractive is a job, and I strive to ensure that the image in the mirror always corresponds to the inner feeling of youth.”

Demi Moore often shocks the audience. She was the first to star in the nude during pregnancy, and for the sake of filming in the movie “Soldier Jane”, she shaved her hair.

She always prepares thoroughly for new roles and uses the possibilities of plastic surgery. For the tape “Striptease” Demi Moore made breast augmentation. The boobs were enlarged with round implants, typical for the 90s.

Later, she corrected the shape of the breast, making it more natural in accordance with the established fashion in Hollywood for natural lines. The round implants were replaced with teardrop-shaped ones to make the tits look more natural. 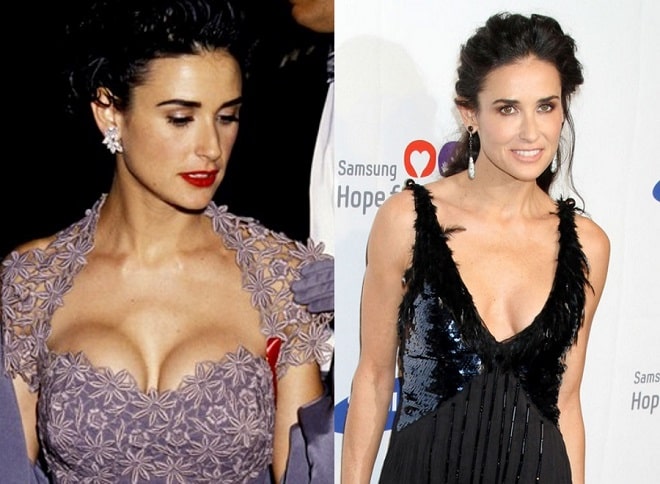 Viewers are used to seeing Demi Moore slim and fit, but this form is given to her not without effort – by nature, she is prone to fullness. The birth of three children affected the figure and not all the changes were eliminated with the help of diet and exercise. In particular, the excess skin on the abdomen had to be removed with the help of abdominoplasty, thanks to which the abdomen again became flat, and the waist thin.

Probably, Demi used hardware cosmetology procedures to lift the skin of her knees. In favor of cosmetic techniques says the absence of scars on the legs that would remain in the case of surgical correction.

Giving a new silhouette to the body, the star embodied on the screen the iconic images of “Soldiers Jane” and “Charlie’s Angel”.

Let’s start with the fact that before going to conquer Hollywood, Demetria thoroughly corrected the appearance. Even before starting her career, at the age of 16, the girl had eye surgery to correct strabismus.

Demi Moore corrected the shape of her nose with rhinoplasty. Probably she wanted to look more refined and sophisticated. 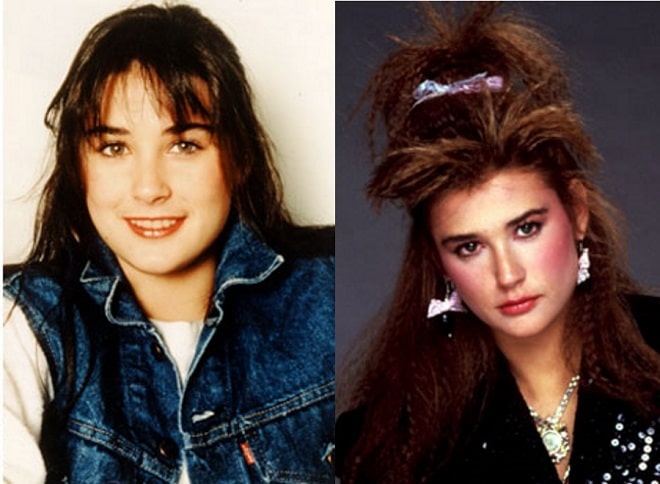 After correcting her teeth and installing veneers, her smile looks great. 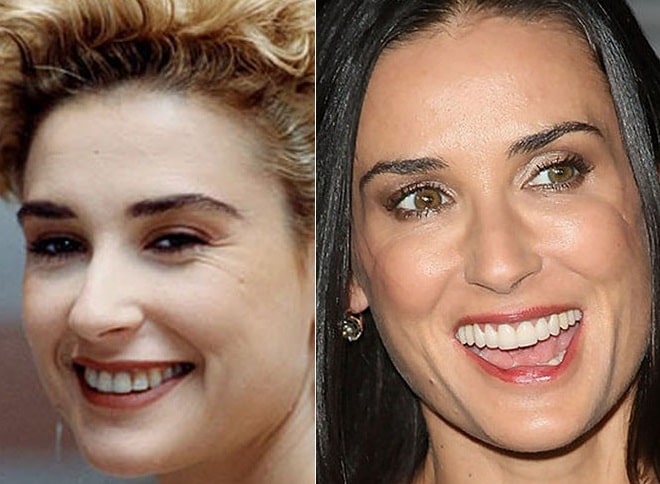 How has Demi Moore’s face changed with age?

The first plastic surgeries allowed Demi to get an aristocratic face, and later she did a facelift. 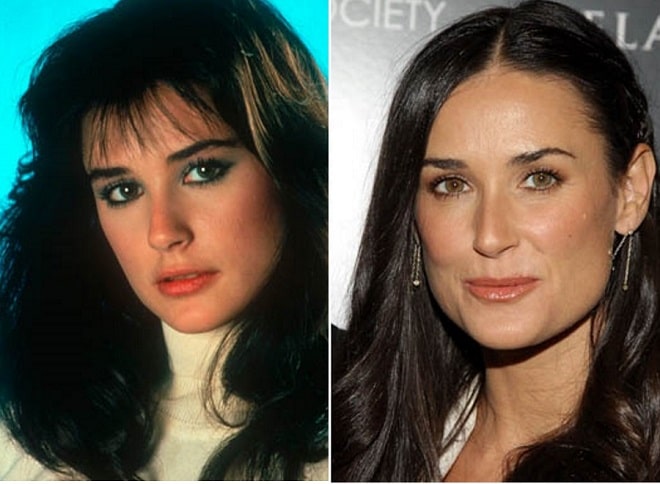 The actress admits that Botox injections have become mandatory for her. 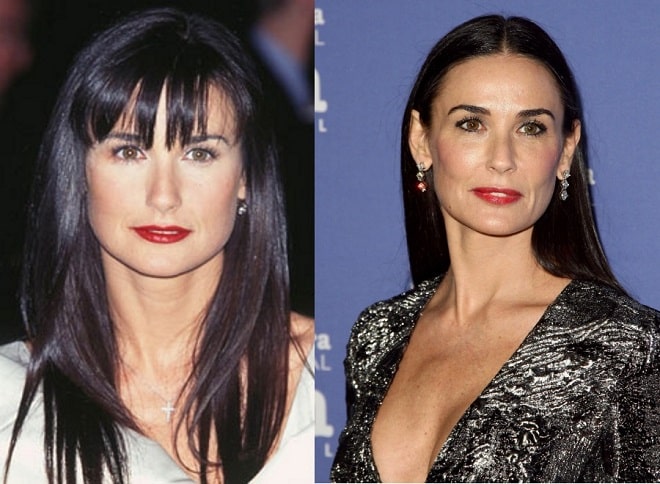 It is obvious that the star uses contouring and regularly makes injections of fillers in the lips. In addition, it is possible that Demi Moore inserted an implant in her chin and added relief to her cheekbones with fillers.

In April 2021, Demi Moore appeared on the cover of the April issue of the Italian version of the glossy Vogue magazine, as she announced on her Instagram.

On the cover, Moore, 58, poses in an off-the-shoulder black suit. She presented the same outfit of the famous Italian brand at the fashion show in Paris in January 2021. 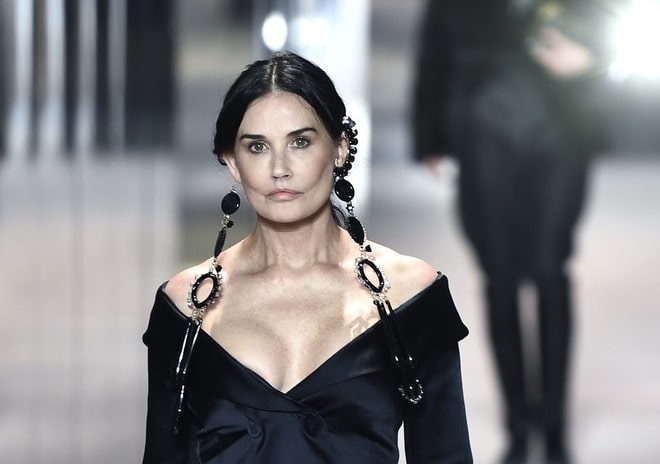 However, then the ex-wife of Bruce Willis surprised fans not with a spectacular walk on the catwalk, but with sharp changes in appearance.

Fans of the actress suggested that she was too fond of plastic surgery. 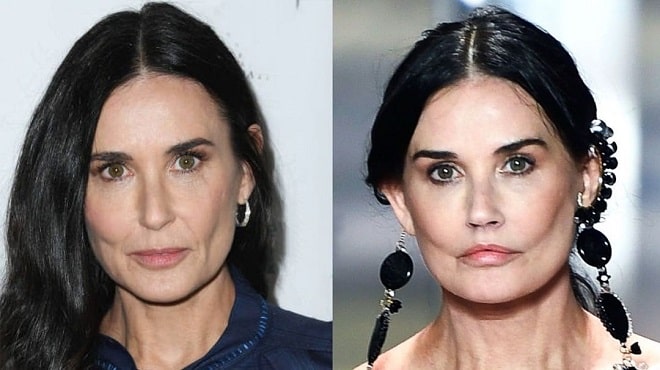 Judging by the photos, an unsuccessful facelift was performed, as her cheeks became more sunken. Her eyebrows rose higher. Her eyes also widened — most likely, there was blepharoplasty. There are a few changes in the projection of the nose, probably it is the result of rhinoplasty.