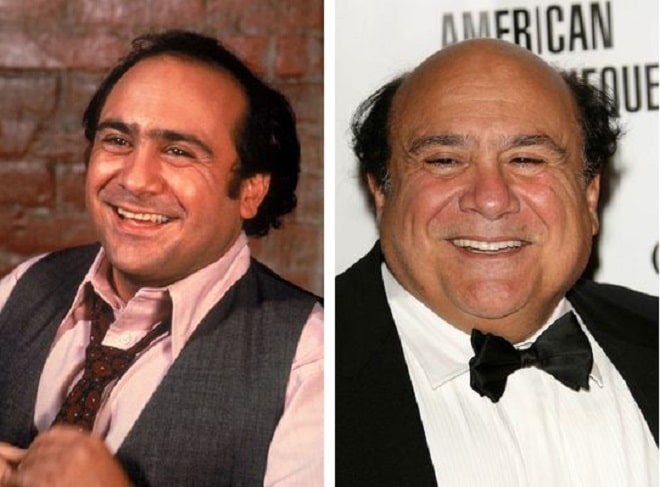 Actor Danny DeVito and his new smile. One of the most famous comedians conquered Hollywood with his facial expressions and smile.

A man of small stature, but of great talent — this is how Danny DeVito can be described. Not having a specialized education (few people know that Danny is a hairdresser by profession), he managed to achieve recognition, make a significant contribution to cinema and become one of the most recognizable actors of our time. He endowed his comical and sometimes awkward characters with a rich inner world, and lively facial expressions and a wide smile became his feature and captivated the audience almost from the moment of the actor’s first appearance on the screen.

It would be strange if actor Danny DeVito did not keep in good shape one of his main professional trump cards. With age, yellowing and defects became noticeable on the teeth of the star, so DeVito most likely put veneers, after which his smile became bright and expressive again.