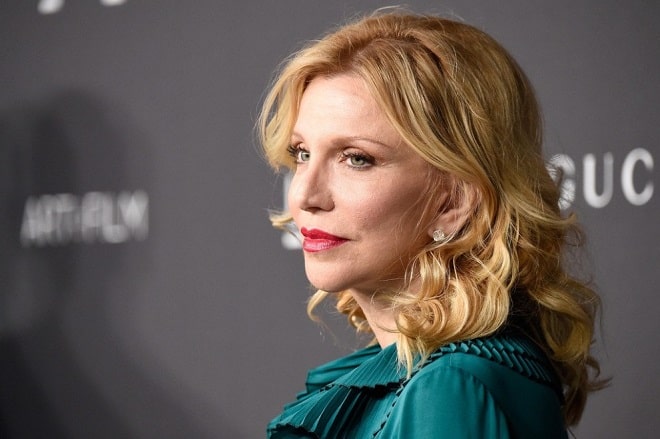 In Hollywood, Courtney Love has never been considered a beauty. Perhaps this was the reason for her excessive passion for plastic surgeries, which were not always successful.

Courtney Love in her youth

The singer was born in 1964 in San Francisco. Her parents divorced when the girl was five years old. 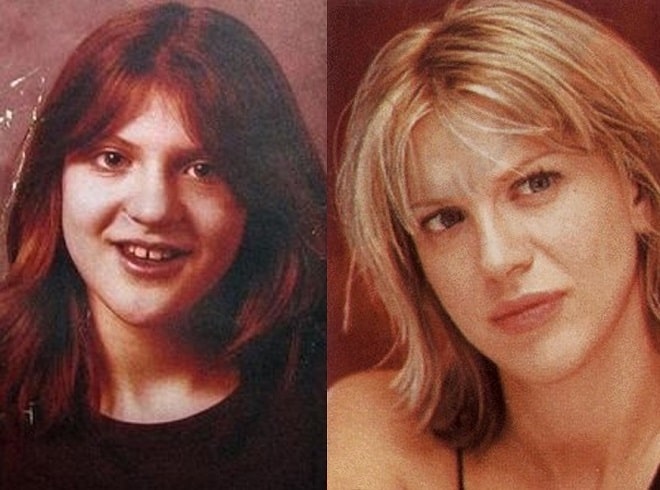 Courtney Michelle Harrison differed from her peers in her flighty and aggressive behavior. The girl’s parents were members of the hippie movement and valued freedom above all else. The nomadic lifestyle, environment, and attitude of the mother affected the emotional state of the girl, who was even diagnosed with autism and a mental disorder by doctors. Courtney Love in her youth was jealous of her mother’s numerous partners, which could affect the fate of the future rock singer.

“I spent my whole life trying to escape my mother’s influence, trying not to be like her, but I became just like her.” 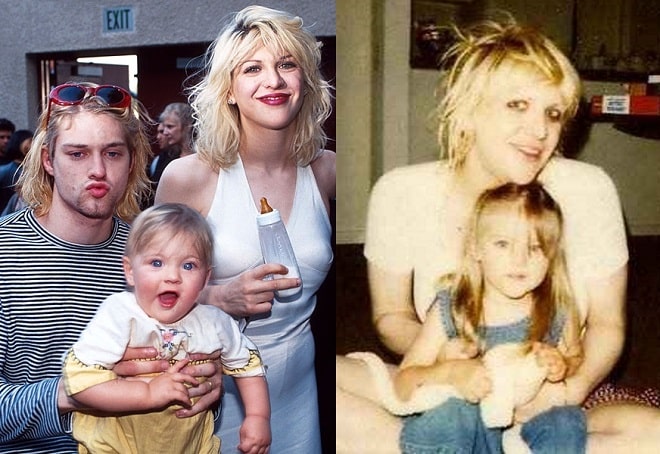 The desire to attract attention in all areas of life is a feature of the character of Courtney Love. She is idolized and hated, condemned and justified, pitied and accused. But one thing remains unchanged – her attitude to life, which often goes against the general opinion.

Young Courtney Love had a complex because of her wide nose and did not notice her big blue eyes at all. She sought to change and improve her facial features using cosmetics. At the age of 20, Courtney had her first nose job. The changes pleased the girl and caused her dependence on beauty transformation. 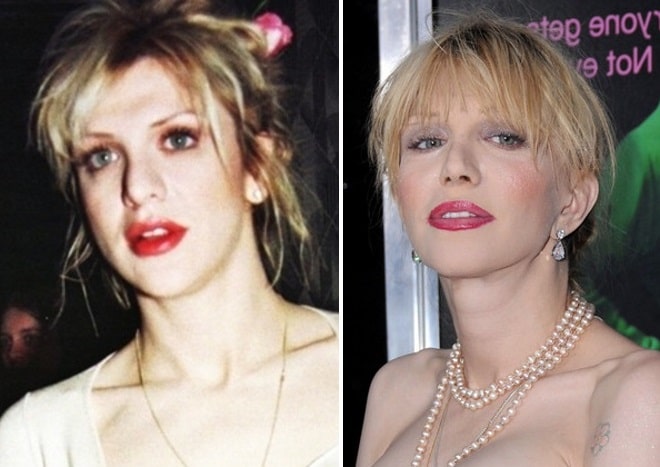 After rhinoplasty, the star said,

“The new nose opened up new opportunities for me.”

Unfortunately, the success of the first plastic surgery was spoiled by subsequent corrections. The previously smooth bridge of the nose curved, and the wings of the nose increased. 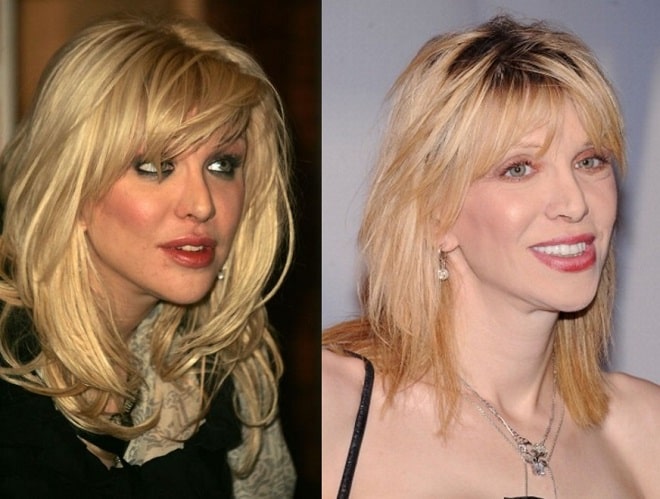 For the first time, Courtney decided to change the volume of her lips in 2002 and since then has carried out more than a dozen cosmetic procedures. Numerous interventions have resulted in asymmetry and uneven lip shape. The unfortunate results forced Courtney to abandon the lip augmentation and try to regain her former shape.

Courtney Love dreamed of preserving her youth and went to the clinic of aesthetic medicine.

Numerous facelifts Courtney combined with a debauched life, and the skin of the face became flabby, irregularities, gray color, and scars appeared. 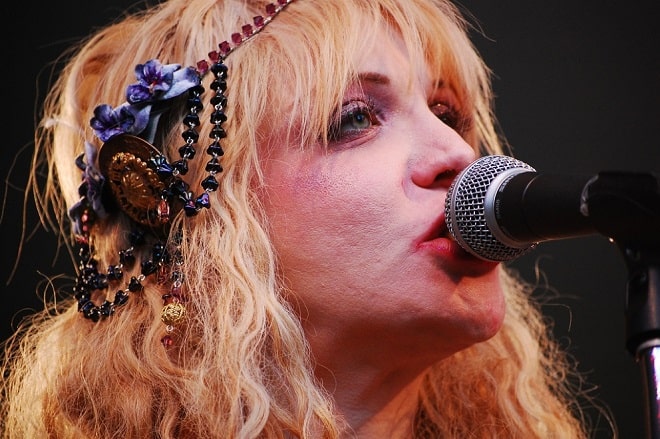 Courtney did the boob job, but the surgery was also unsuccessful. The singer installed contraband Mexican implants, which caused negative health consequences.

After she removed the breast implants, due to excessive stretching of the skin, the tits sagged. The controversial actress wanted to perform a breast lift, but a meeting with Jocelyn Wildenstein changed the perception of appearance. 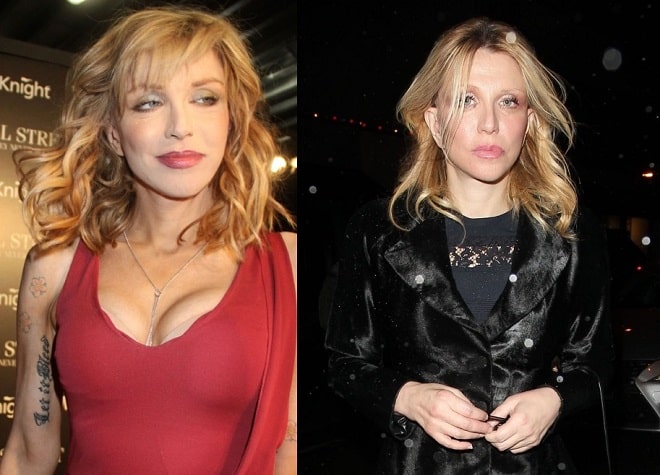 The star was credited with liposuction, but she lost weight with a low-carb diet.

“In me, vanity outweighs bad habits. There was a period when I gained weight, but after that, I did everything to lose weight.”

Drastic weight loss led to sagging skin on the abdomen and thighs. Now the star strives to take care of herself and in interviews with glossy magazine reports on proper nutrition and sports.

Discussing successful and unsuccessful plastic surgery, Courtney Love says that now she wants to be natural:

“I take good care of myself and I won’t let another botched operation ruin my desire to be an actress again.”

You can admire the stubborn nature of Courtney Love, you can condemn her for her weaknesses and criticize her for bad habits.

However, her desire to look beautiful and impressive is worthy of respect.