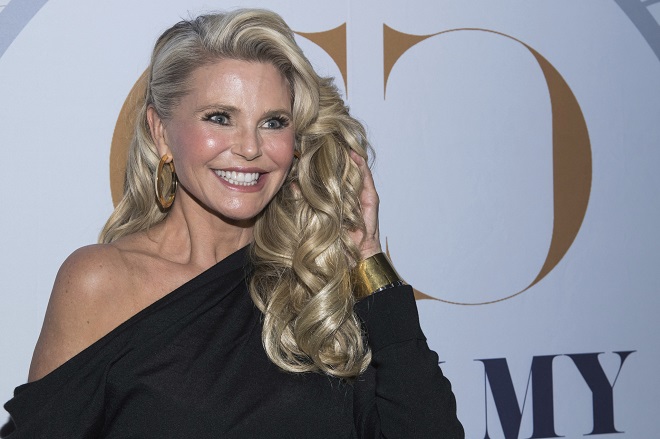 Christie Brinkley – a modern example of the desire for eternal youth and beauty. Photos of Christie Brinkley in her youth are not much different from now. She still shines in a swimsuit and conquers men with one look. As the model succeeds in 65 years to look 40 and keep interested in life? Rejuvenating apples, plastic surgery or timely visits to cosmetologists save appearance? 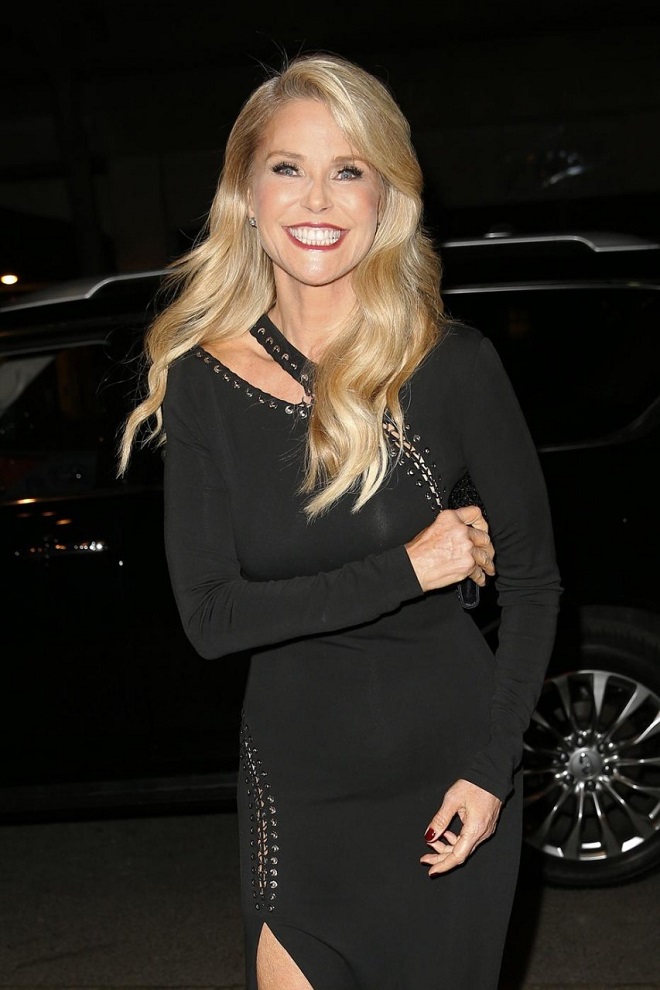 Open smile, clear eyes, shiny hair of a young Christie Brinkley conquered photographer Errol Sawyer at a meeting in the usual post office in Paris. Michigan girl who came to France to get an education, and did not think about a career model, but her pictures like the owner of the Modeling Agency. 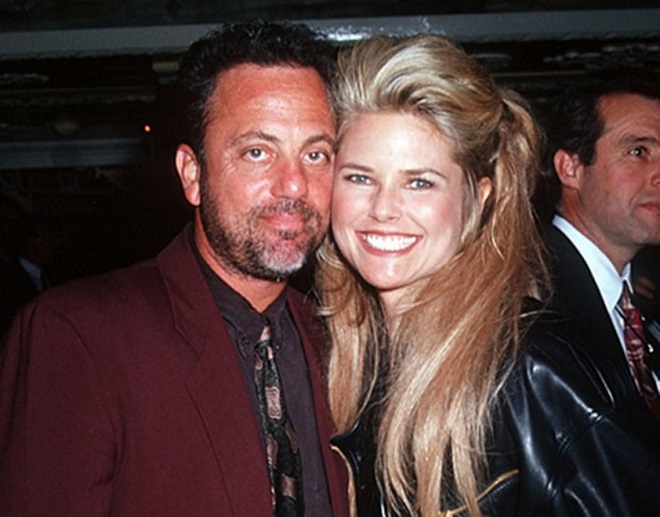 In the 70s on the 20-year-old model, one after another rained proposals from editors of glossy magazines. Christie Brinkley was on the covers of Vogue, Rolling Stone, and Glamour. 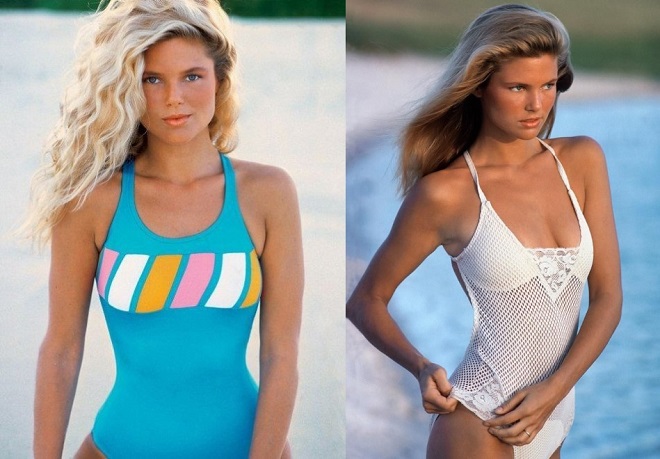 She became the face of a cosmetic brand CoverGirl, and representatives of the company do not change their choice for more than 20 years. 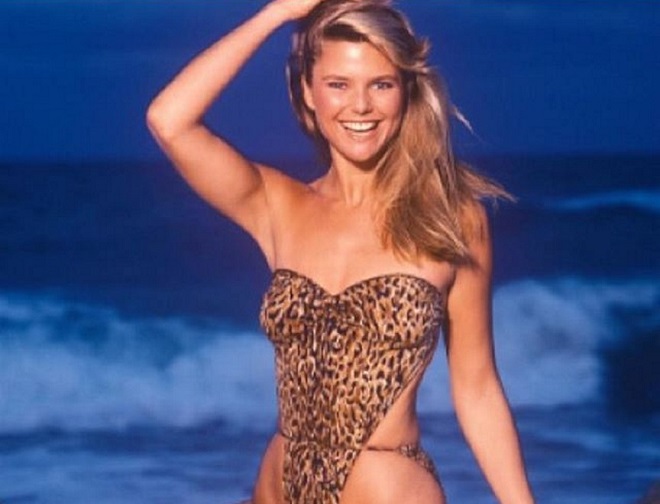 Brinkley, for her preserved the appearance, got a nickname “woman without age”. She still competes with young beauties and as proof removed for Sports Illustrated. 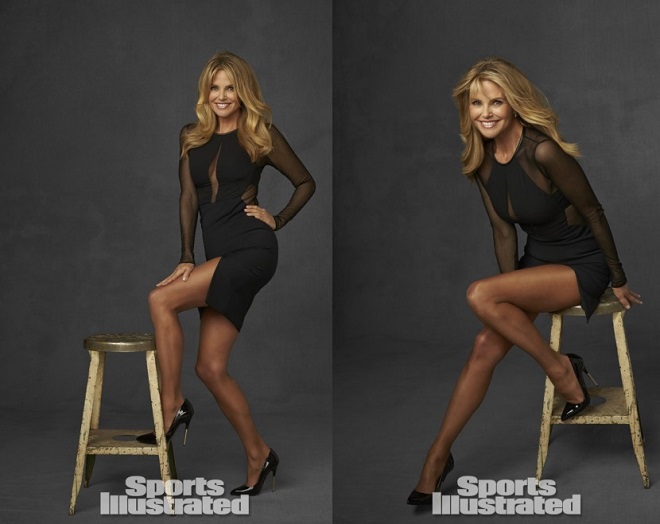 In youth and now

In 40 years of a modeling career, Christie Brinkley does not change, therefore, falls under suspicion, if not of witchcraft, the use of plastic surgery. 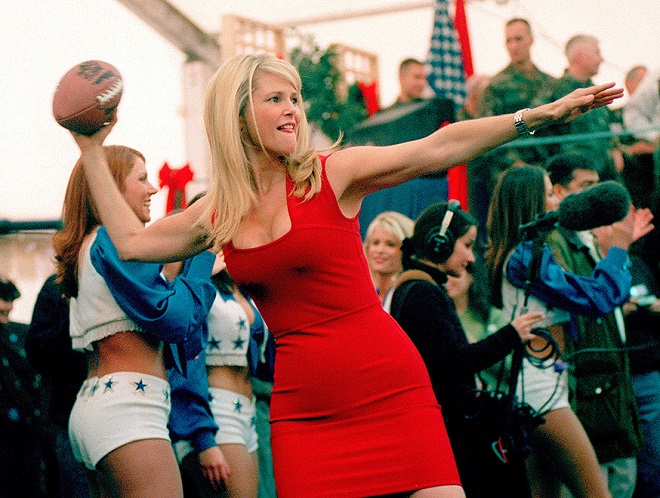 Christie claims that she did not use the services of plastic surgeons, and she owes beauty to nature and genes. 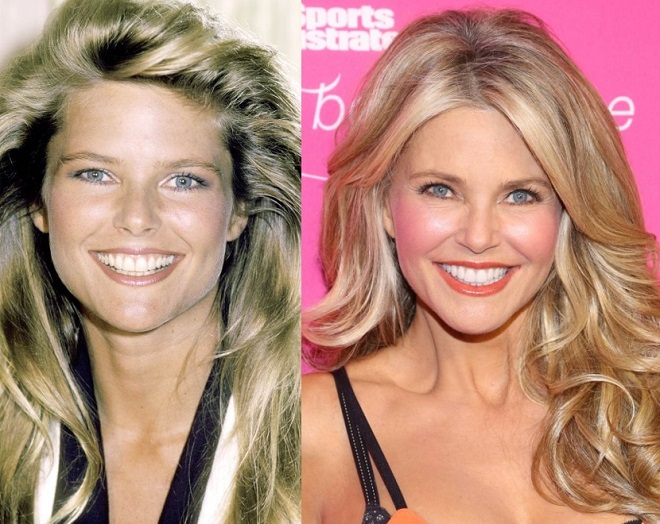 She even wrote a book “Beauty beyond time” with 100 practical recommendations for preserving the youth of hair, face and body. When comparing photos of Christie Brinkley in her youth and now it becomes clear that the tips really work. 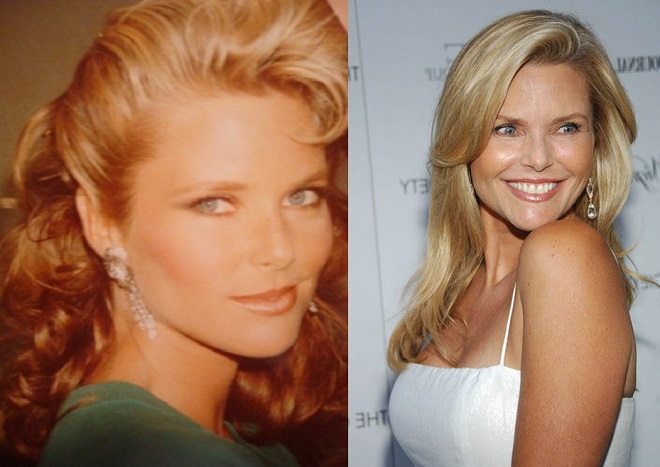 Christie, who denies plastic surgery, is a fan of cosmetic procedures that reduce the number of wrinkles and prevent the appearance of age spots. 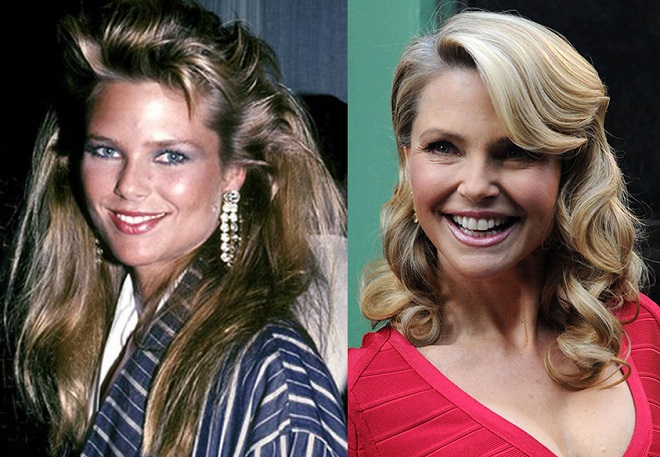 She admits that refused to injections Botox after a bad experience: the substance strongly “froze” facial expressions. Experts think that the model cunning and still uses Botox in the forehead area. 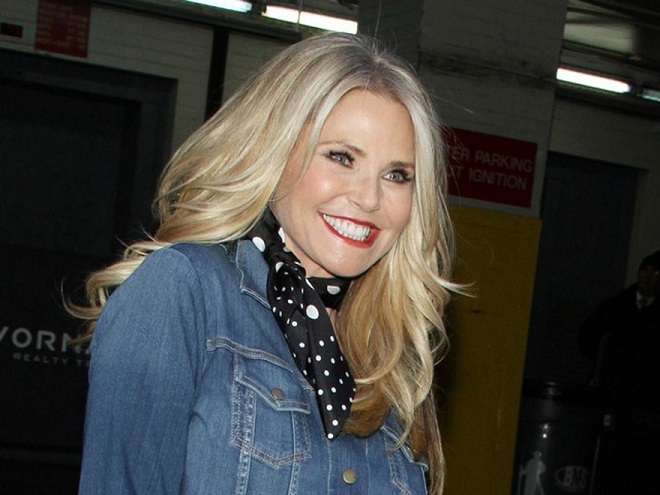 Every month Christie Brinkley is at the reception at the beautician and passes a complex of caring procedures, including pricks fillers in the cheekbones. 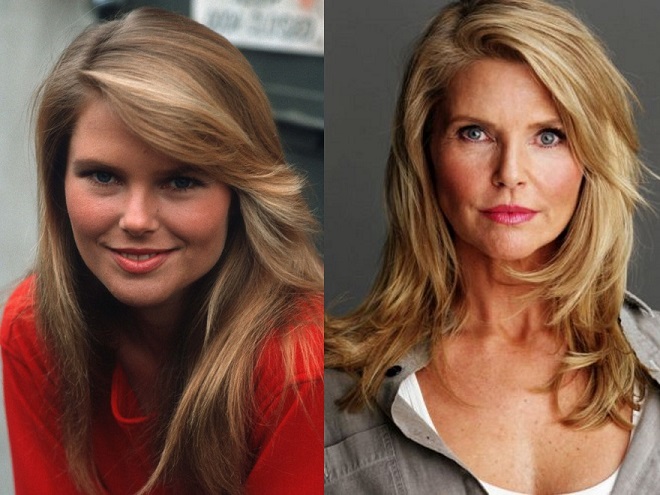 To maintain the skin tone ageless model makes injections of vitamin preparations and undergo courses of mesotherapy. Comparing photos of Christie Brinkley in her youth and now cosmetologists do not exclude a facelift: the model has an uncharacteristic for age well-defined chin. 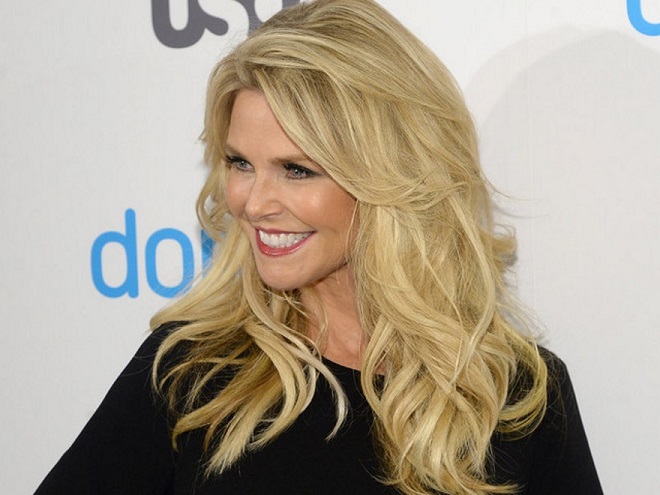 Another secret of Christie Brinkley’s youth is regular sports: the strength training, running and yoga. A physical activity that keeps a beautiful posture and figure. 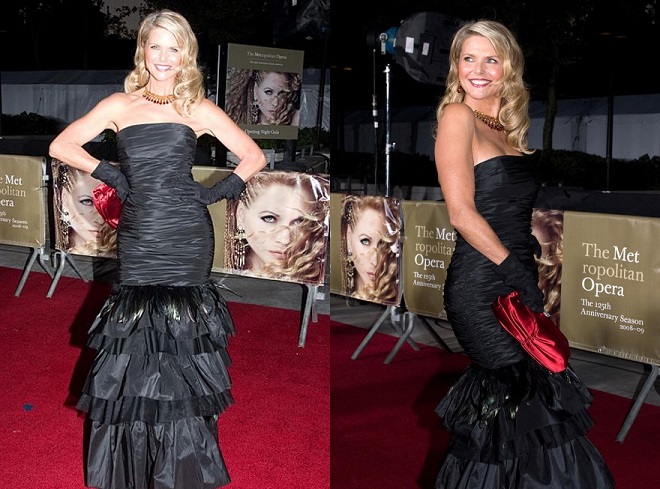 In recent interviews, she mentioned that does not exclude plastic surgery at a later age. However, according to some plastic surgeons, Christie Brinkley in her youth did rhinoplasty, as the tip of the nose became more elegant. There is a possibility that she did blepharoplasty, which relieved the overhanging eyelid, and endoscopic lifting of the middle third of the face to return the cheekbones lost over the years volume. In favor of the lower facelift says the triangular shape of the chin, not typical for the correction of fillers. 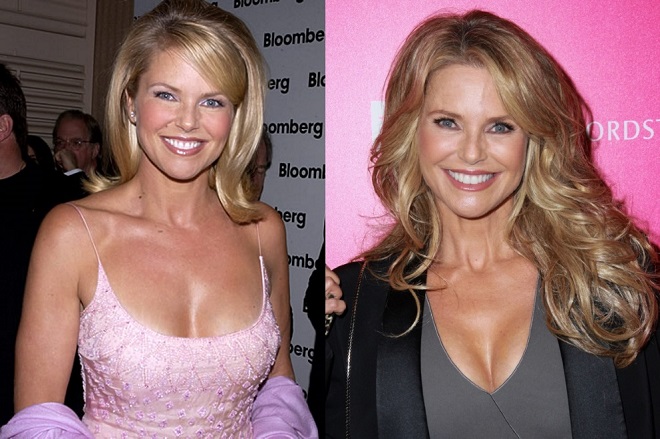 Experts also suggest a small correction and breast augmentation after the birth of three children. 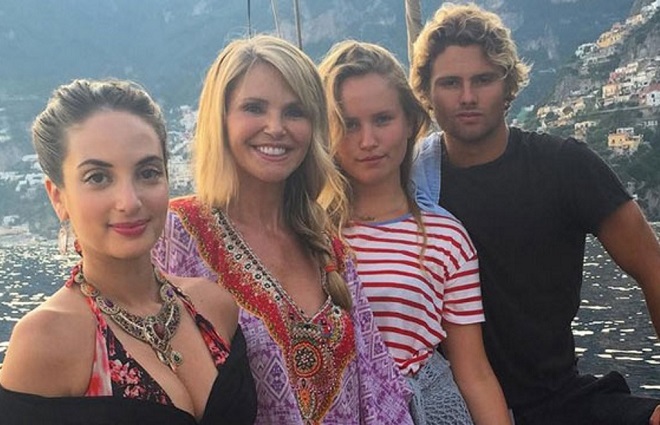 Overall, Christie Brinkley neat use of the achievements of aesthetic medicine and wisely suited to their appearance, not afraid to get old. 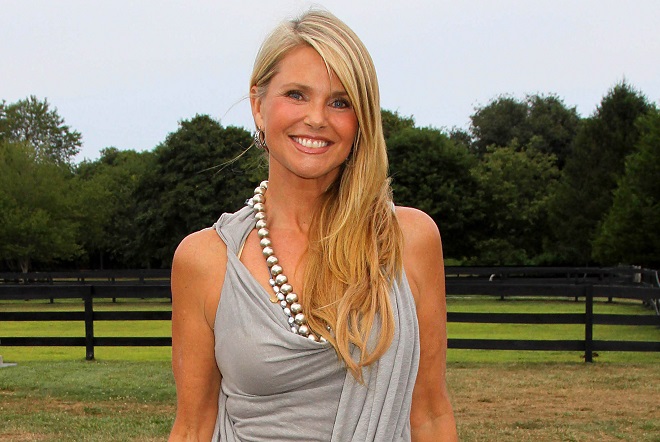 2 thoughts on “Christie Brinkley, Before and After”