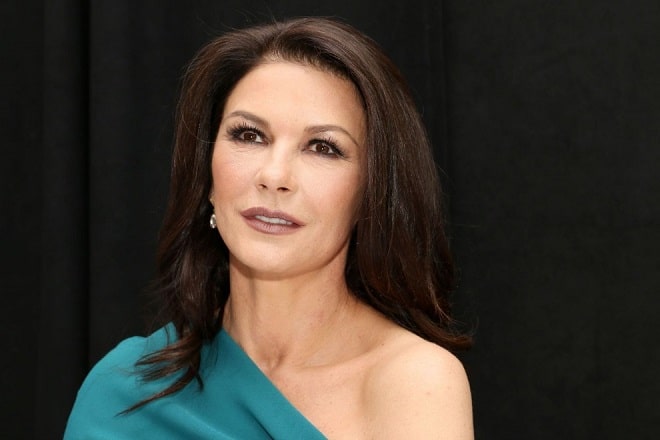 Catherine Zeta-Jones became very popular after the release of the film “The Mask of Zorro”. She was repeatedly recognized as the most beautiful woman on the planet. At the age of 34, she won an Oscar. And at 50, she could well have the title of the most luxurious actress of the age.

How does she manage to maintain youth and beauty?

Catherine in her youth and now

The girl was born in the UK in 1969 in the family of the owner of a confectionery factory. The talent of the actress began to reveal itself from childhood. From the age of 4, she enjoyed performing in front of the public. 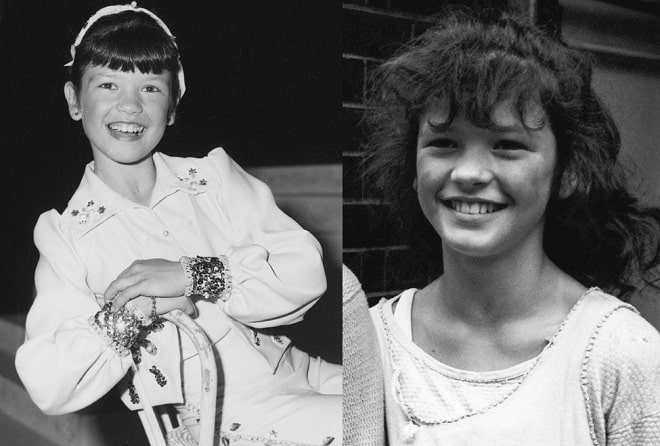 At the age of 10, Catherine made her debut on the stage of the city theater, and a talented girl was noticed by a director from London.

After graduating from school before her peers, she went to conquer the capital and immediately hit the jackpot. 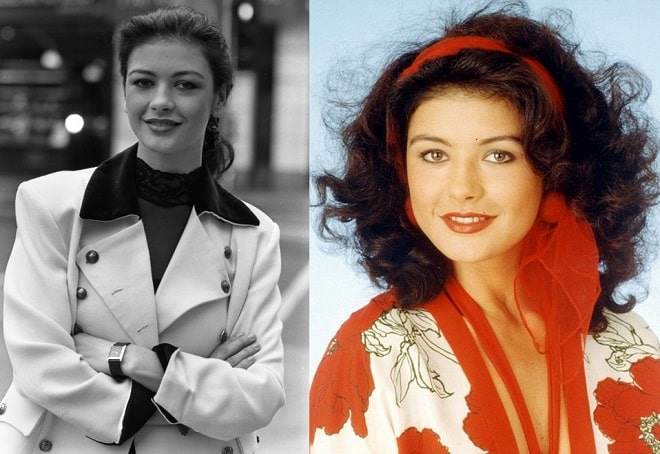 She received major roles in the TV series “42nd Street” and “Cute Buds of May”. 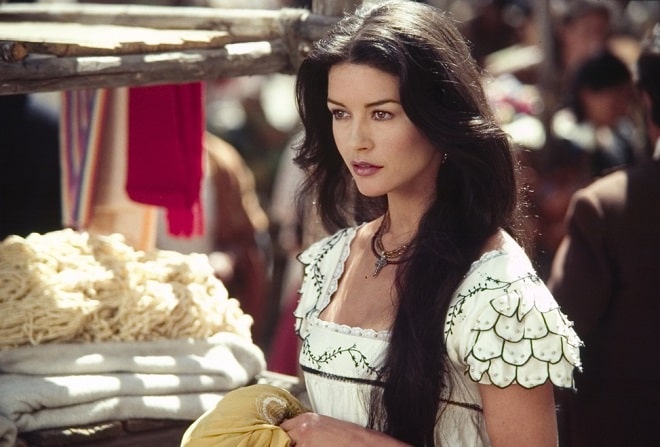 After a while, the talented girl made her way to the big screen in the United States. 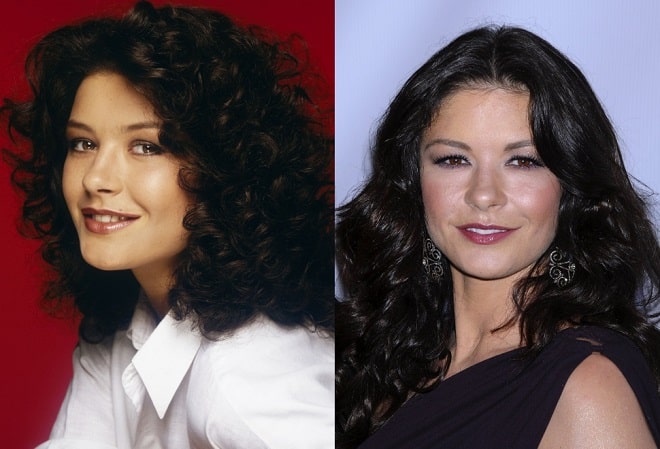 At the age of 29, she played the role of the daughter of an aging noble robber in “The Mask of Zorro”. At the premiere, Catherine met her future husband, actor Michael Douglas, who at that time was 54 years old. 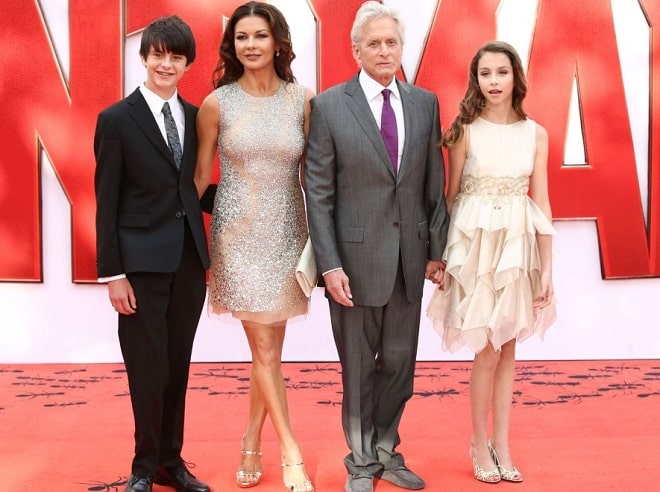 After the birth of her son, Catherine Zeta-Jones quickly returned to the cinema and played her best dramatic roles. 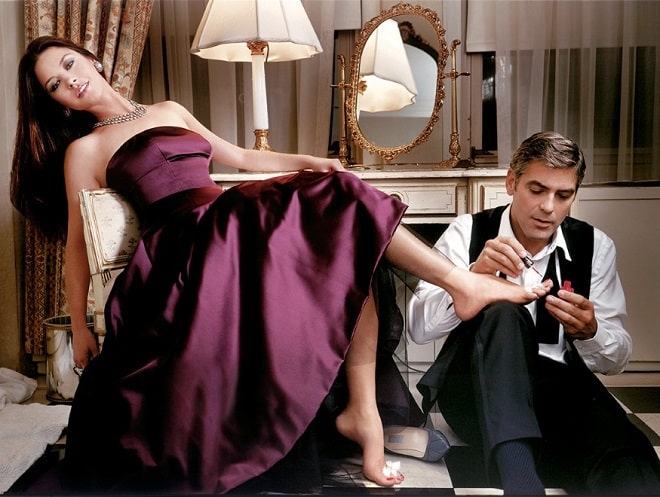 Even then, the appearance of the actress caused delight among fans – they praised her for her natural beauty and lack of fear of appearing without makeup.

Unfortunately, due to bipolar disorder, Zeta-Jones suspended filming in large-scale pictures and almost disappeared from the paparazzi’s sight.

In 2012, after a break in her career, the star returned to the television screen.

In 2019, Catherine celebrated her 50th birthday. The actress looks younger than her years, which is no small merit of cosmetologists and plastic surgeons. Years go by, and a spectacular brunette with brown almond-shaped eyes and a slender body will give a head start to many young beauties today.

Catherine attends social events and collects a lot of compliments related to her excellent appearance. Each of her appearances in public is an event that is then discussed for a long time in the press. 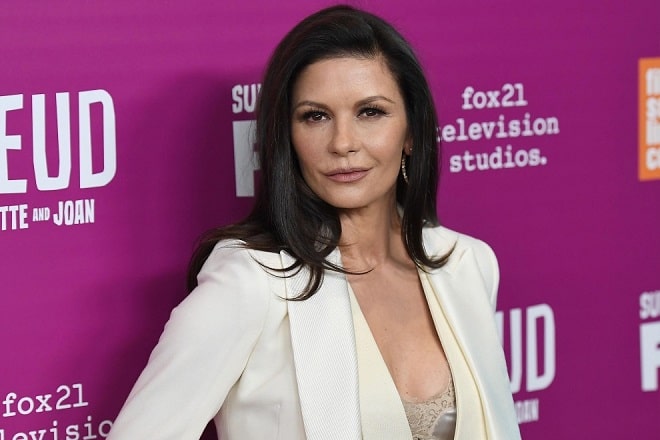 She cherishes the status of the most beautiful woman of our time, although it is becoming increasingly difficult for her to match it.

The star has a good attitude to cosmetology but believes that you should not get involved in cosmetic operations.

However, experts believe that at least 4 corrections have been made:

When comparing the earlier photos of Catherine with the later ones, you can see that she did the nose job. The shape of the nose has changed, the bridge of the nose and the tip of the nose have become narrower. 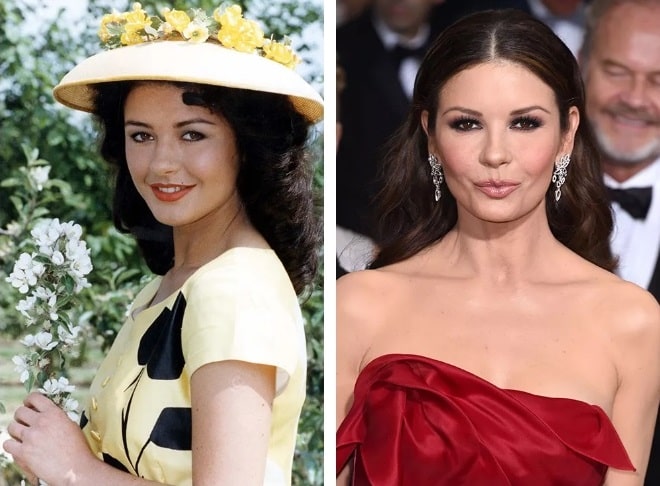 The absence of an overhanging eyelid, characteristic of the eyes of Catherine Zeta-Jones in her youth, speaks in favor of circular blepharoplasty. Traces of interference are completely invisible, but the look turned out to be more open and young. And together with false eyelashes, the eyes produce a stunning effect of an alluring and mesmerizing look. 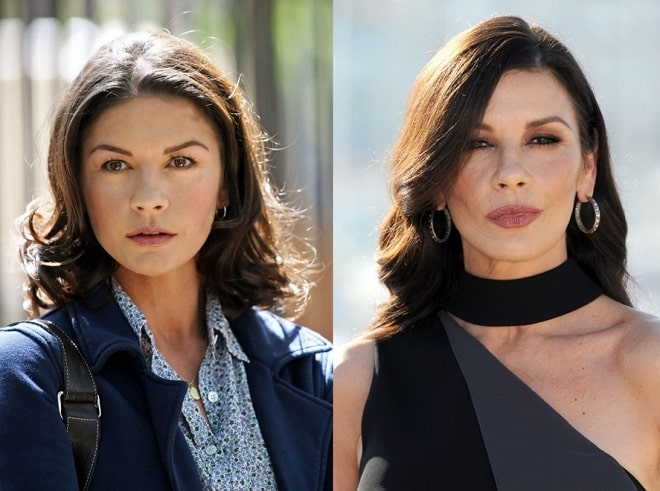 The star does not want to put up with age and is increasingly talking about plastic surgery in interviews.

Photo by Catherine Zeta-Jones is excellent proof of the reasonable use of beauty treatments. To create a clear oval and eliminate ptosis of the lower third of the face, the actress probably did contouring and a facelift, and with facial wrinkles in the forehead and eyes coped with Botox.

Catherine has uncharacteristic for her age, high defined cheekbones, and a sharp chin. Most likely, the actress used injections of fillers based on hyaluronic acid to correct and restore the lost volume. 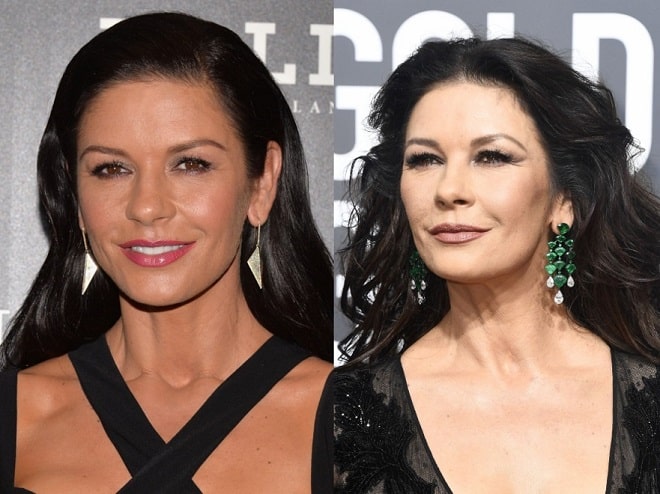 The actress is so confident in her perfection that she calmly posts pictures with a minimum amount of makeup on Instagram and collects thousands of likes and positive comments.

Catherine is the owner of a stunning figure. In her youth, she did not hesitate to show off her body in the frankest way. 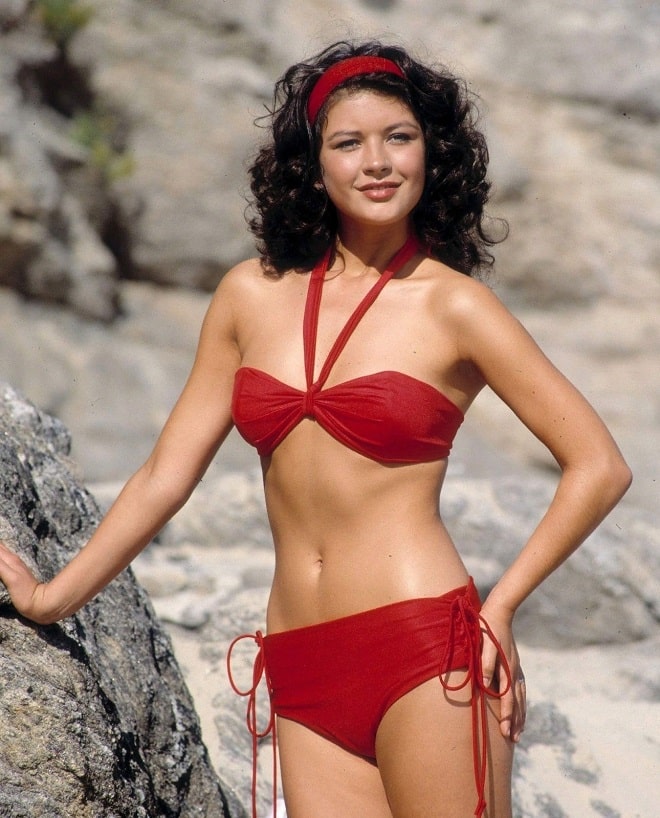 The secret to Catherine Zeta-Jones ‘ buxom bust is the breast implants she put in years ago after giving birth to her daughter.

“Every woman wants to look stunning. After giving birth, it is very difficult to believe in yourself again. You feel like a stranger in your own body. To somehow revive me, I decided to redo my breasts. I don’t see anything criminal in this.”

After the operation, the actress’s boobs look very natural. Her figure still retains its slimness, and luxurious forms can cause envy both among peers and younger actresses.