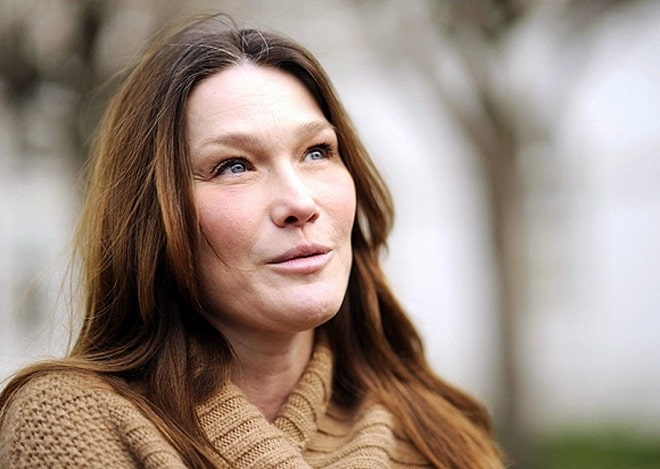 Some years ago, photos appeared on the Internet, in which Carla Bruni does not look quite natural. The former first lady of France, whose photos raise questions, does not comment on rumors and assumptions about plastic surgery.

Carla Bruni in her youth

Nicolas Sarkozy’s wife was born in Turin in 1967. Soon the girl and her family migrated to France. After school, she entered a prestigious university but soon gave up studying for a career as a model. And she was not mistaken. After 2 years, the young beauty walked the catwalk in the clothes of the world-famous brands Prada, Givenchy, MaxMara, Christian Dior. 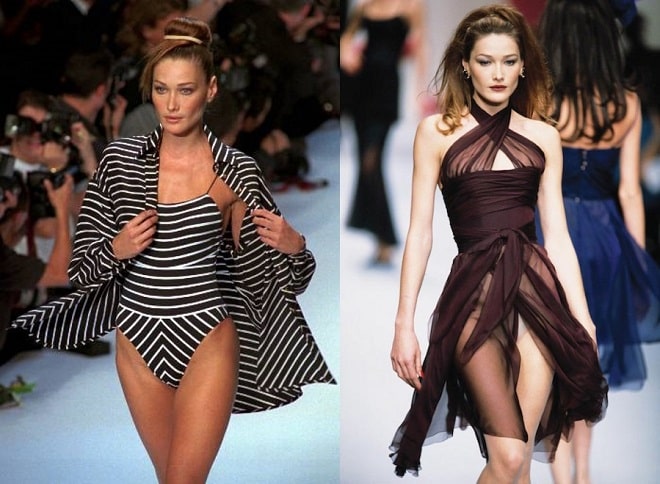 Carla’s perfect body and flawless natural beauty have become one of the reasons for the abundant attention of men.

After meeting Carla, the 23rd President of France, Nicolas Sarkozy, was among the enthusiastic fans. The wedding was held on February 2, 2008, at the Elysee Palace. 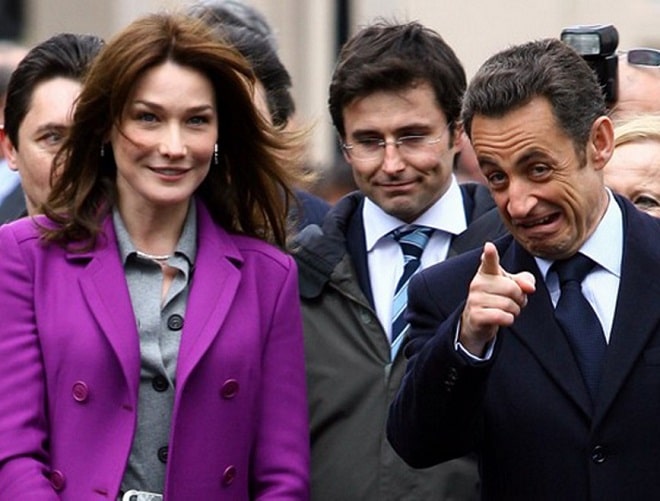 The natural beauty of top models, like everyone else, fades with age. In this situation, botox injections, and various cosmetic and surgical procedures come to the rescue.

Many netizens, when viewing photos of Carla Bruni before and after, do not doubt that the woman used the services of aesthetic medicine. 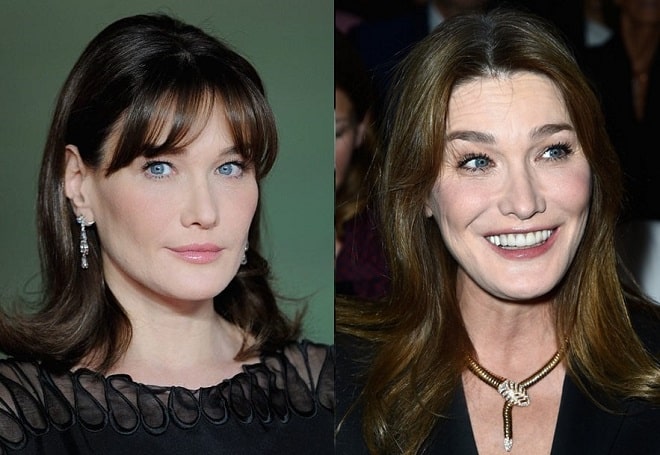 Indeed, photos from some angles suggest that the beauty had a botched plastic surgery. 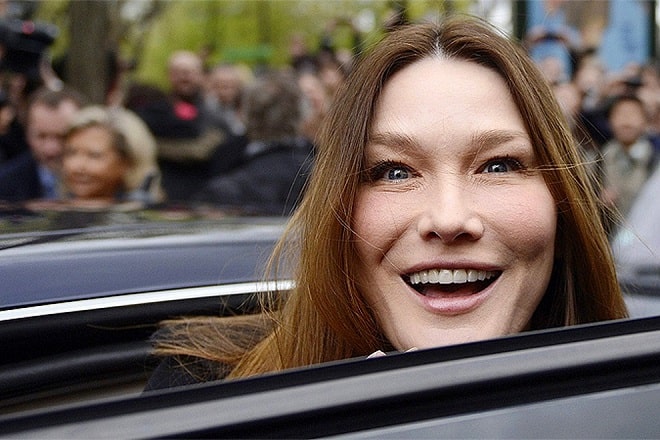 For several years after the publication of unsuccessful photos on the Network, the situation with the model’s face has not changed but only worsened.

Many doctors talk about two variants of Carla’s situation. Serious health problems, or the fatal consequences of a number of unsuccessful cosmetic operations. 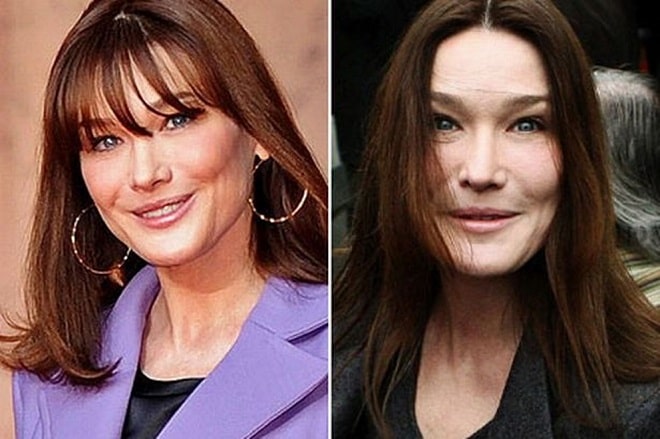 Experts have almost no doubt that Madame Sarkozy has repeatedly made botox injections. The result of excessive use of botox is the lack of facial expressions and expressing emotions. Paralyzed facial tissues simply “can’t stand the feelings”, so the photo gives the impression that when she smiles, the skin cracks.

Some aesthetic medicine specialists in the photos of Carla Bruni before and after a possible plastic surgery note the probability of correction of the cheekbones. Presumably, Carla wanted to preserve the pronounced cheekbones from her youth and turned to filler injections.

According to the pictures of recent years, we can assume an endoscopic facelift due to narrowed eyes and raised eyebrows, which gave a surprised expression.

The lifting of the middle third of the face and blepharoplasty of the lower eyelids is evidenced by numerous photos of Carla Bruni, in which the cheekbones have become plumper, and the face is thinner. In addition, there is an excess of skin folds in the lower eyelids and a network of fine wrinkles.

At the same time, there is another opinion. Carla Bruni did not interfere with the natural aging process, and such pictures are the result of unsuccessful angles, pregnancy, and the fight against excess weight. 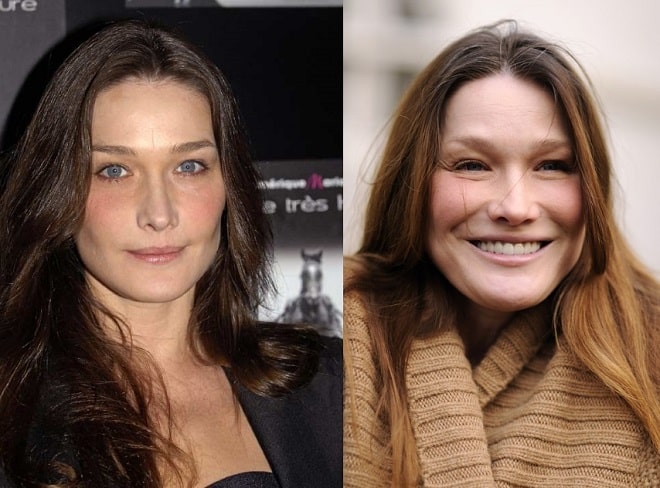 Despite the unfortunate changes in appearance, the wife of the ex-president of France has preserved the perfect proportions of the figure. A beautifully shaped breast, taut muscles, a narrow waist-all this is achieved by training, a balanced diet, and a proper lifestyle. 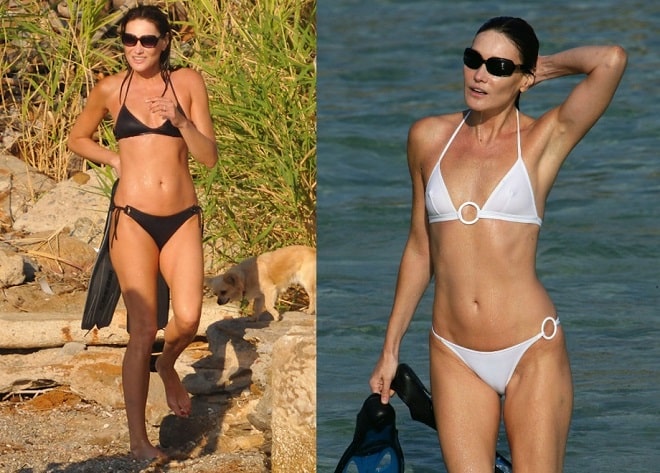 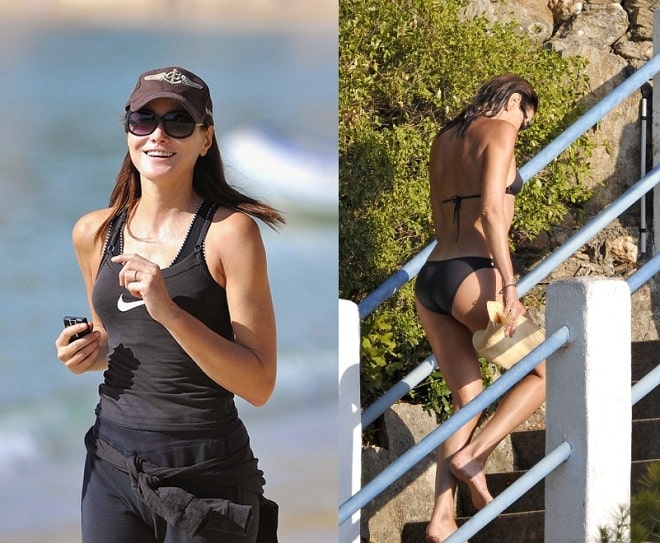 Carla is still included in the list of the most beautiful women, so the desire to keep youth by any means is quite justified.