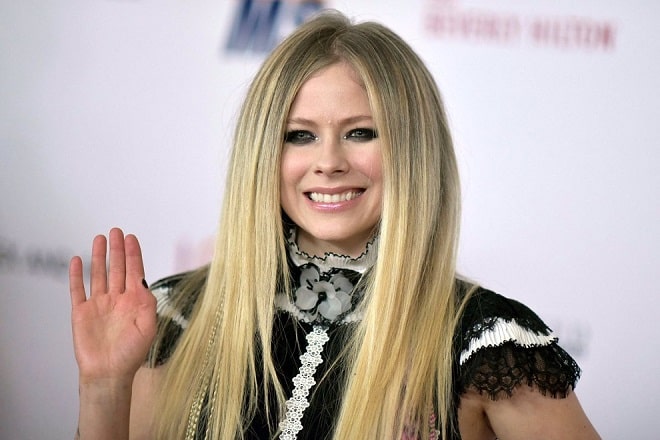 Some years ago, this singer was the idol of millions of teenagers around the world, and her songs were at the top of the charts. But due to a serious illness, she had to take a long break in her career. During this time, she transformed her image and even had plastic surgery. Let’s remember what Avril Lavigne looked like before beauty transformation and see how she has changed now.

Singer’s career took off when the girl was 18 years old. Her debut album immediately became one of the best-selling, and full halls gathered at concerts. 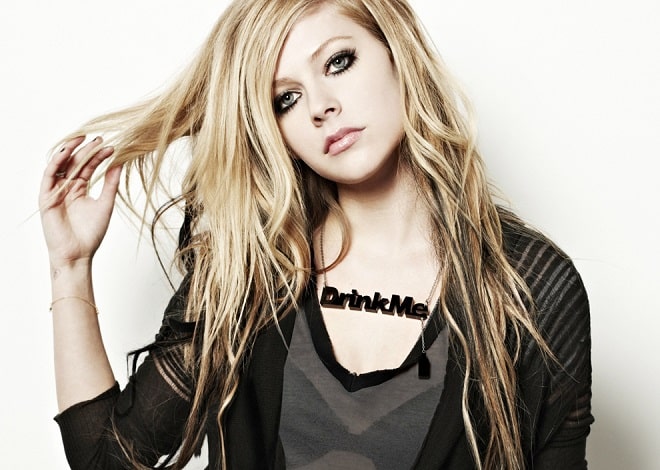 The image of a rebellious girl and songs about teenage problems turned out to be close to a huge number of fans. 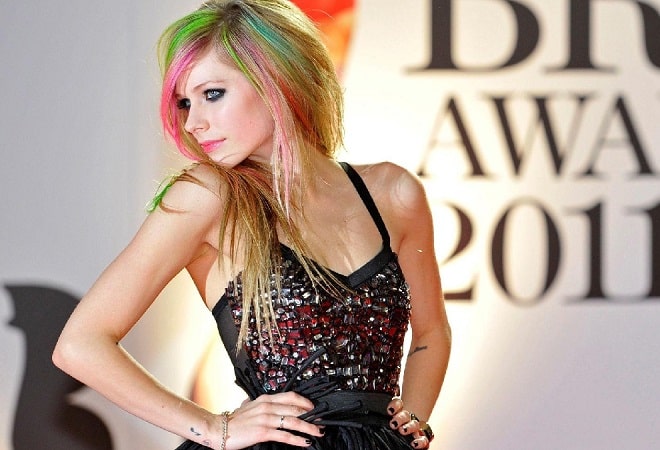 A fragile, long-haired blonde with bright pink strands, tattoos, and delicate facial features-this is exactly how she appeared on music channels. Therefore, Avril was also invited to star in youth films and TV series. Although she was not so interested in an acting career, she still sometimes agreed to shoot, for example, she could be seen in “Sabrina, the Teenage Witch”. 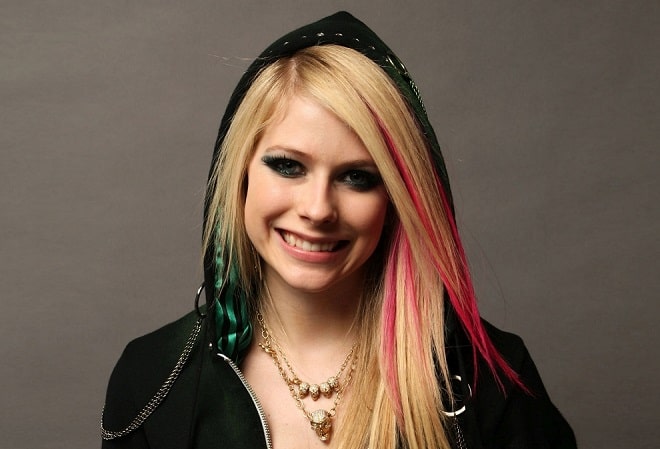 Interestingly, even 10 years after the first success, a 30-year-old singer still looked organically on stage as a teenage girl. It seemed that time had no power over her at all. 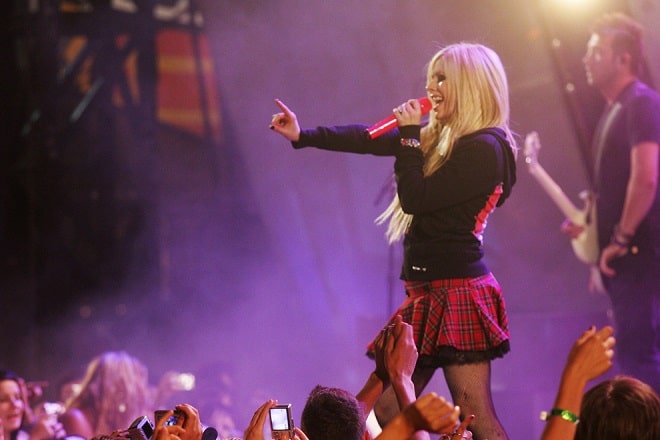 What happened to Avril Lavigne?

The singer was diagnosed with Lyme disease in 2014. For four whole years, Avril came to her senses and was engaged in treatment. During this time, she gained a lot of weight and many even began to suspect pregnancy. However, with the restoration of her health and her weight returned to normal. 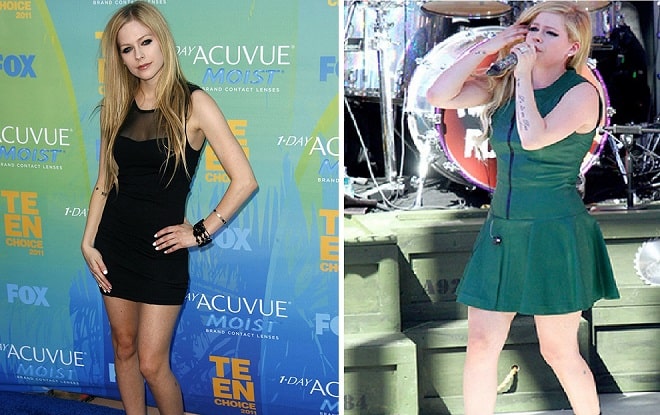 In 2019, she released a new album, which pleased many fans who were sure that their idol would not return.

Soon after, rumors about the separation of the singer and billionaire Philip Sarofim appeared in the media. 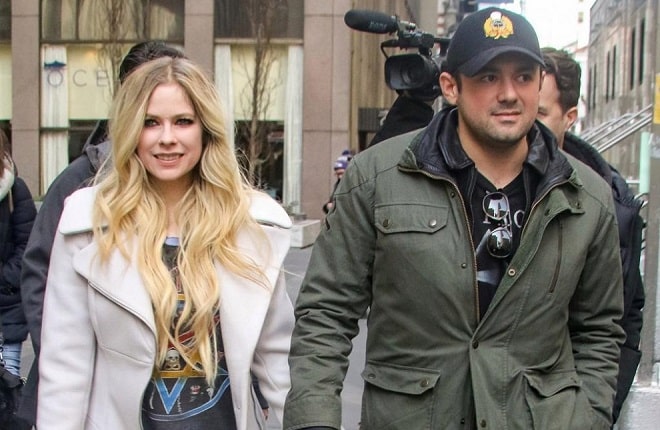 However, Avril is not worried about this at all. She is healthy, doing what she loves, feels great, and looks gorgeous. It seems that today this is quite enough for her to be happy.

With age, when the raging fame subsided, the singer decided to take care of her own appearance. She got rid of bright false strands, dyed her hair in a more natural blonde, changed a short plaid skirt for feminine outfits, and turned to plastic surgeons for help.

It turned out that Avril Lavigne was not happy with the shape and length of her nose for a long time. In addition, after a childhood injury, there was a small hump of the nose, which she also wanted to get rid of. The singer underwent a serious nose job. 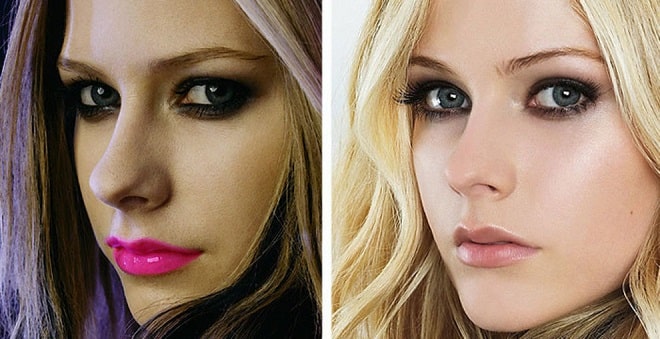 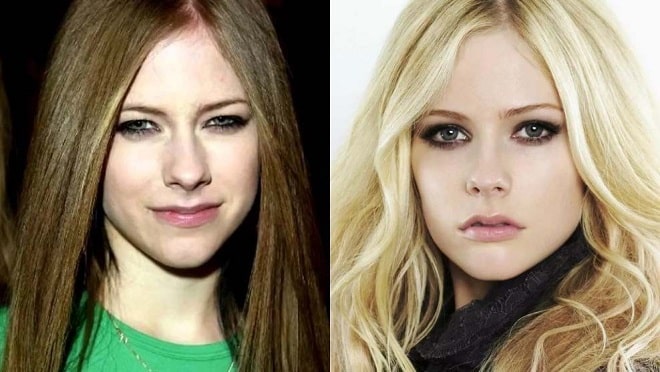 The nasolabial folds, which were previously quite pronounced, have now become almost invisible. This is an excellent work of a qualified cosmetologist who performed cosmetic surgery with filler injections based on hyaluronic acid. At the same time, the skin condition improved, and the natural features were not affected in any way. And the smooth skin on the forehead is probably the result of using botox. 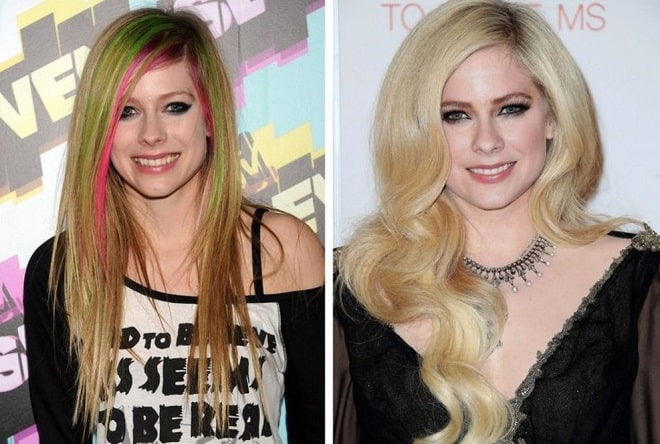 As for the breasts, the boobs increased slightly due to the weight gain. There is no indication that Avril Lavigne had implants in her breasts or buttocks. 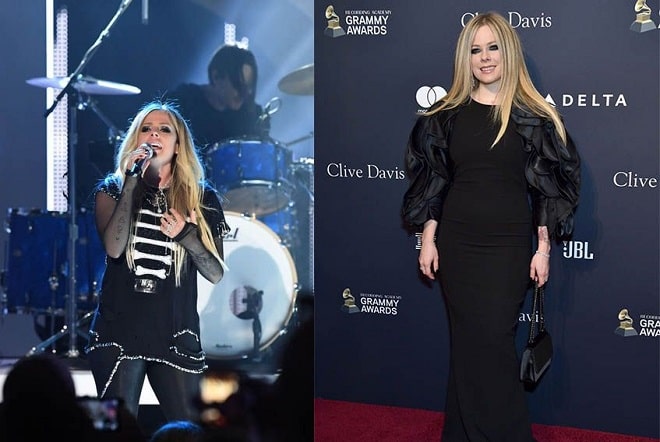