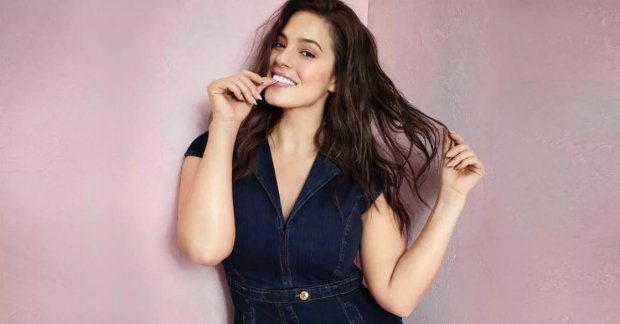 There are more and more overweight people in the world every year. This is a fact. In the fight against excess weight, humanity is divided into two camps: some promote a body-positive, and others a healthy lifestyle. We tell the story of Ashley Graham, a super-successful size plus model who has repeatedly stated that she adores her body and is not going to change anything in it! And although it is difficult to argue with this today, the girl regularly participates in shows and photo shoots of the most popular magazines.

Ashley Graham before she became famous and now

Ashley Graham was born and raised in the United States. She was never skinny, and this, of course, could not affect her communication with her peers, they often ridiculed and teased her.

The fate of Ashley could have developed in the saddest way, given her innate modesty and complexity, if chance had not intervened in the matter.

One day, during a regular shopping trip, she attracted the attention of a modeling agent. Already at the age of 13, the schoolgirl signed a contract with a fairly large modeling agency, and Ashley’s career went uphill. She began acting in magazines aimed at a teenage audience.

And in 2009, together with other plus-size models, she took part in a photo shoot for Glamour magazine. Then the issue was published under the heading “These bodies are beautiful in any size”.

Later, Graham collaborated with such brands as Marina Rinaldi, Evans, Nordstrom, Target, and even Levi’s, presenting a model of jeans for girls with curvy shapes. Such success provoked a rise in self-esteem, and the model began to experiment with clothes: now she could safely dress up in tight jeans with a short top, in elegant translucent evening dresses, and even revealing overalls! 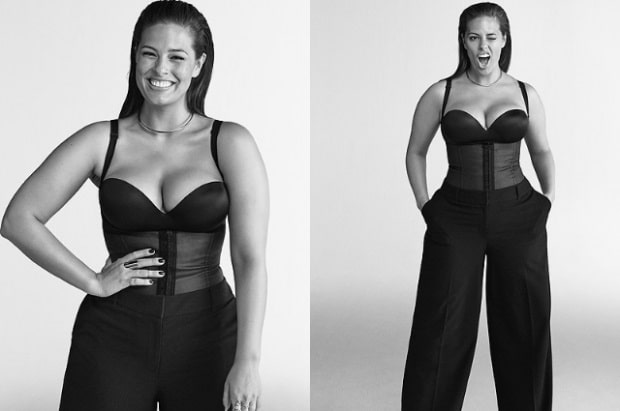 “I know I look sexy. I want all women with large sizes to realize that they also look attractive. I’m not at all complex. I know that my body is sexy, and I have no reason to hide my curves.”

And in 2013, Graham did something completely impossible. She has developed a line of underwear for overweight girls, proving that women with curvy shapes can also look sexy and attractive.

In 2010, Ashley married film producer and director Justin Erwin. Ashley’s husband has a very positive attitude to the volumes of his beloved and ardently promotes the ideas of the “Health at Every Size” movement. And on January 18, 2020, the couple became parents.

Did Ashley Graham have plastic surgeries?

Despite the fact that excess weight is a source of basic income for Ashley, she has repeatedly admitted that she adheres to a healthy diet and regular exercise. Without fanaticism and solely for the sake of health, – says the model.

She categorically denies any plastic surgery in order to improve herself. But the ubiquitous followers do not get tired of discussing this topic.

Sometimes they are surprised by Ashley’s chiseled cheekbones and sharp chin, or her stomach is too flat. “Liposuction? Tell us!”, “Ashley, where is the fat? Did you have a tummy tuck? But what about your words…”, – they bombard the star with questions.

Of course, many people still criticize Ashley’s figure. But the main advantage of the “plus-size” model is the freedom to remain yourself! And even if she notices the paparazzi tracking her, trying to take a provocative picture, she does not even raise an eyebrow! Why should she be shy? She confidently and proudly wears her size! 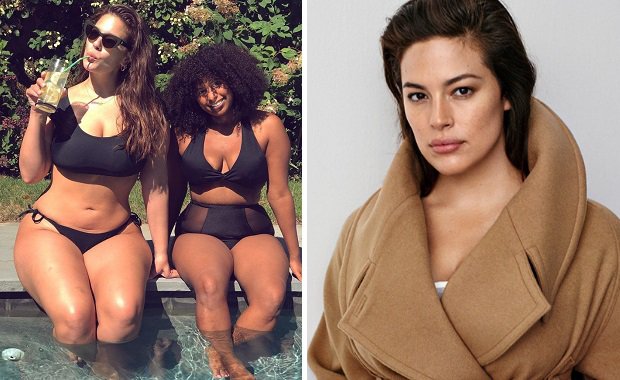 In order to look good on the catwalk or in a photo, Ashley trains according to a special program. It should be noted that maintaining such a figure in shape is much more difficult than the body of a slender girl.

Ashley focuses on the upper body, particularly the arms and shoulders. But she does not forget about other muscles. She prefers to do a circular workout, doing 5 sets each. 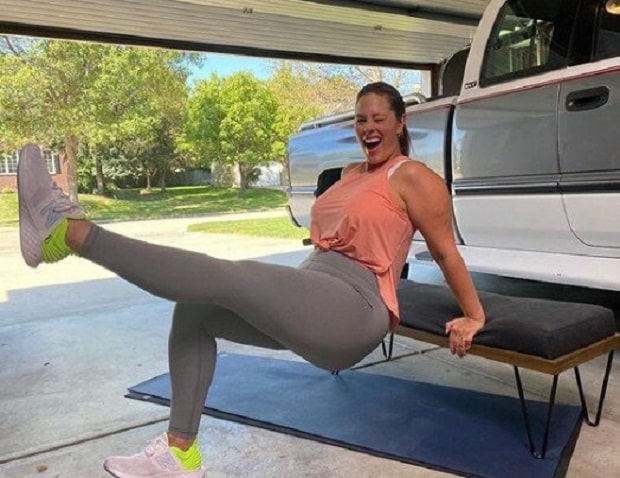 The model also likes to jump rope, box, and use a treadmill. The program also includes special exercises developed by her coach.

The plus-size model recommends constantly changing loads and physical activity. At the same time, it is necessary to engage on a regular basis. And if training does not bring joy, then the result will be difficult to achieve.

One of Ashley’s main tasks is a narrow waist. After all, the “hourglass” body shape is most appreciated among modeling agencies. In addition, many men like this figure. 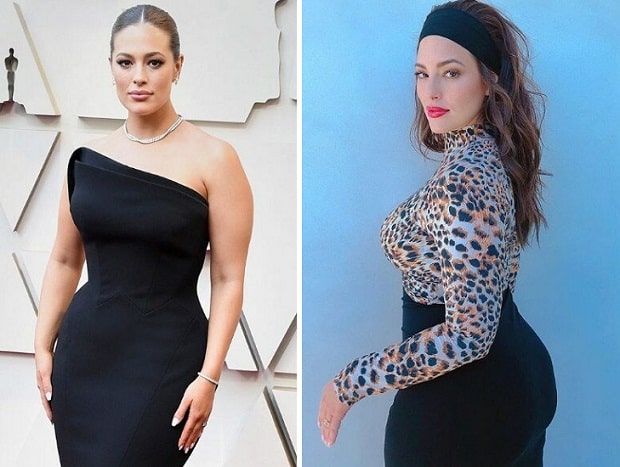 The girl notes that her goal is not to lose weight. She trains in order to have fun, stay cheerful and be in good shape. After all, fat ladies can also play sports and achieve certain results.

Ashley’s fans wonder how, with this lifestyle, she does not lose pounds. Everything is very simple, the model adheres to certain rules of nutrition but practically does not deny itself anything. That is, he eats for his own pleasure.

Therefore, the girl does not torment herself with strict diets. She uses the foods she likes. But she does not forget to eat more often and drink enough water.

It should be noted that Ashley is proud of her body, and constantly shows off her curves in photos. And in order not to lose all the beauty, she regularly works out in the gym. She even finds time to train while traveling.