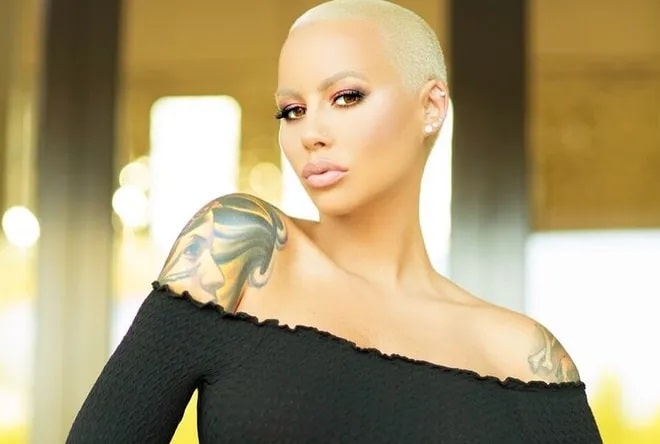 The bold and outrageous Amber Rose has long been the “living” embodiment of the “American dream”. Thanks to her outrageous antics and audacity, an unknown girl from Philadelphia managed to break into the world of luxury. Now Amber is being followed by dozens of paparazzi who are trying to film any of her movements. Moreover, an outrageous star always has something to surprise them with.

Amber made the whole world talk about herself, without having impressive achievements in any of the fields in which she had already tried her hand. However, this does not prevent her from making money out of thin air. Rose earns millions of dollars on each of her scandalous pictures. Her bold outfits, audacity, and rebelliousness did their job. Amber became famous all over the world. To date, she is considered one of the brightest representatives of social life.

Amber Rose in her youth

The future star was born in an international family. Her father is Irish and her mother is from West Africa. Perhaps it is thanks to such a mixture of bloodlines that Amber owes her bright and unusual appearance. In one of her interviews, Rose admitted that she does not consider herself “colored”, but she is not “white” either. Charisma, courage bordering on arrogance, and extraordinary appearance allowed Amber to quickly stand out from the crowd. 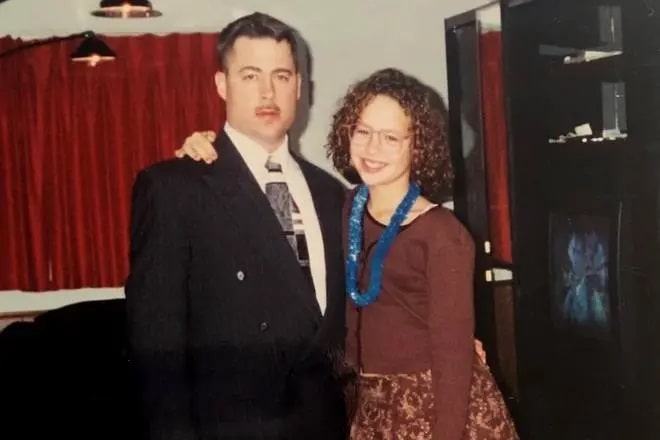 Rose had a hard time at school. She was constantly getting into trouble, and often ended up in a police station. Because of her behavior, many considered Amber strange. Peers shunned the eccentric and overly emotional girl, who already knew that Philadelphia was not for her, and she needed to do everything to get out of this hole as soon as possible. Amber never paid attention to unflattering comments about herself, she continued to behave as she pleased. She wore a mohawk, revealing outfits, and drank a lot. 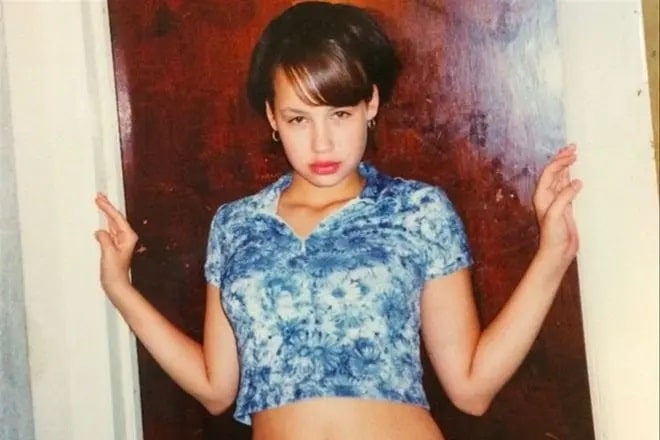 Already at the age of fifteen, Rose got a job in a strip club. According to Amber, as soon as she went on stage, she immediately relaxed. The stiffness and tightness disappeared somewhere, and soon she became the main star of this institution. Candid dancing helped her make ends meet until she was twenty-five. In one of her interviews, Amber admitted that she was young and beautiful, and was not at all shy about her body, however, as she is now. 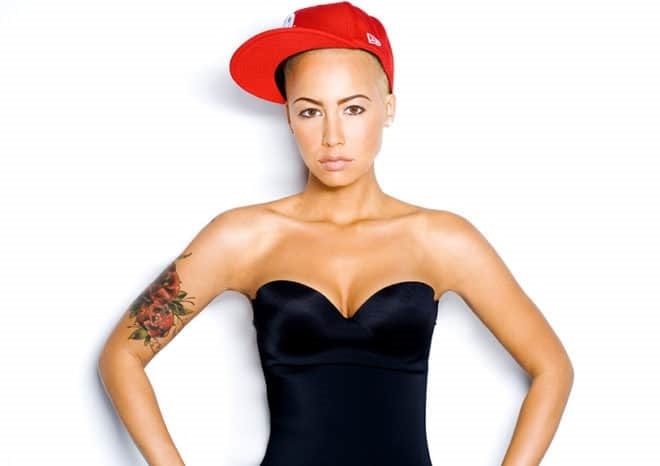 In 2009, Rose moved to New York. Her extraordinary appearance, looseness, and courage immediately attracted the attention of local agents. Soon the exotic girl was invited to shoot several music videos. So, Amber appeared in the videos of many rappers. 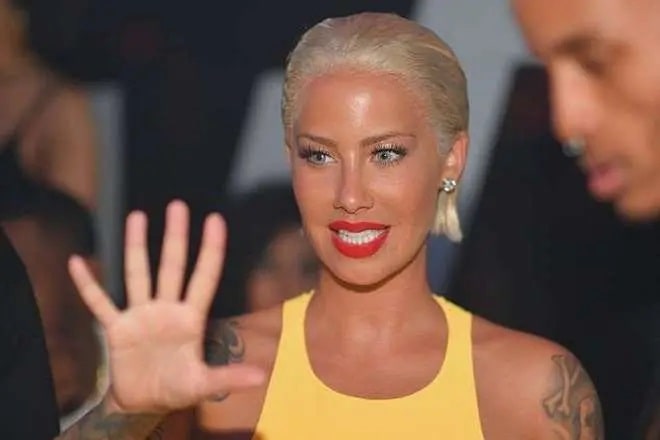 Despite the fact that her face and body regularly flashed on the screens, this was not the limit of Rose’s dreams. Her ambitions were still not satisfied. 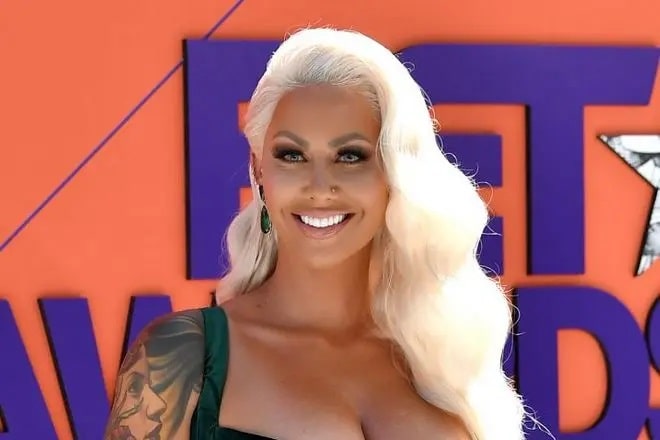 After a while, she began acting in films. However, Amber’s experience in the cinema can hardly be called successful. Most of the films with her participation failed at the box office. 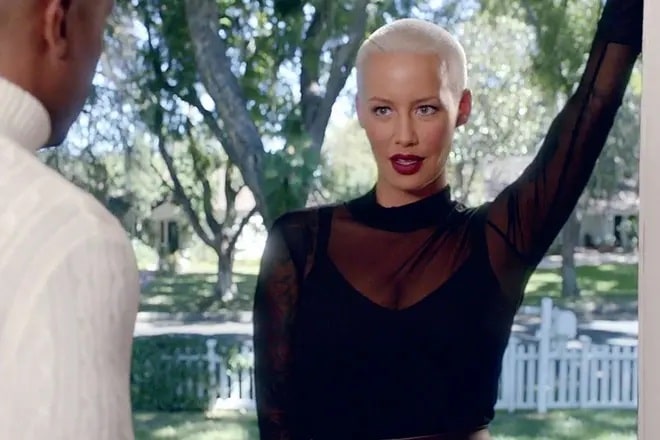 But Rose’s career on television was much more successful. She took part in many television projects and even created her own TV show, which is popular with the audience. 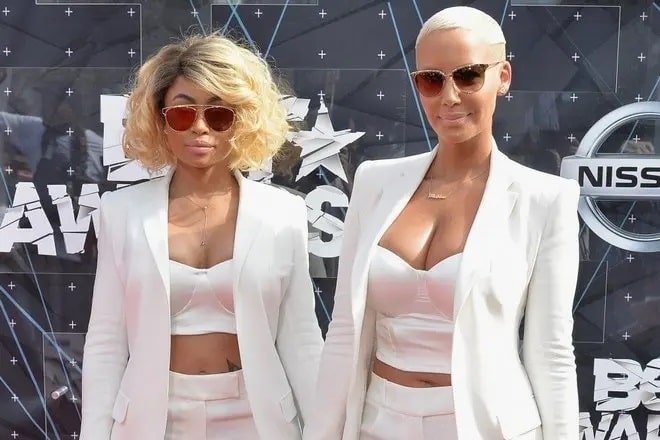 As for her personal life, one of the most striking novels of Amber is still considered to be a relationship with rap artist Kanye West. 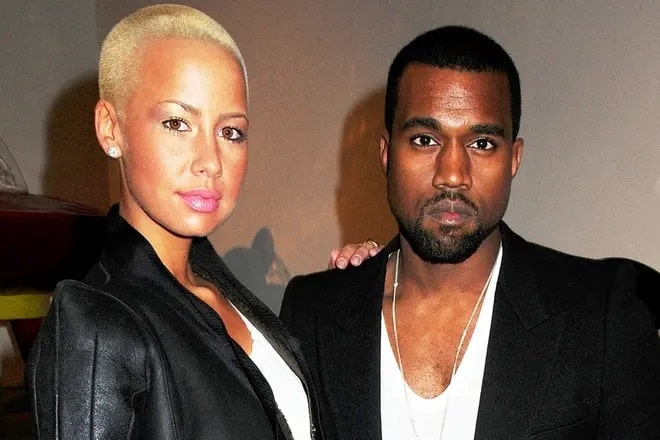 The rapper presented his beloved with expensive gifts, luxury cars, designer outfits, and jewelry. The idyll in their couple lasted two years, after which Rose and West broke up. After the break-up, Amber said that Kanye constantly humiliated her, reminding her of her strip past. Because of this, she even considered suicide. Fortunately, Amber pulled herself together in time. Periodically, in the press, you can still find manifestations of confrontation between former lovers who do not miss the opportunity to be more sarcastic. 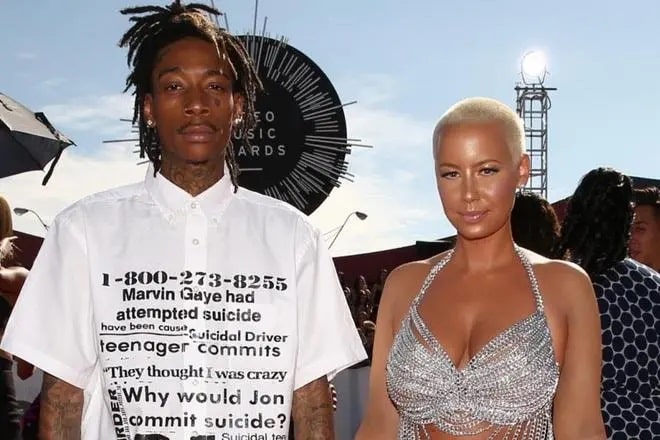 On February 21, 2013, Rose gave birth to the son of rapper Wiz Khalifa. The couple subsequently got married but divorced in 2014 due to irreconcilable differences. 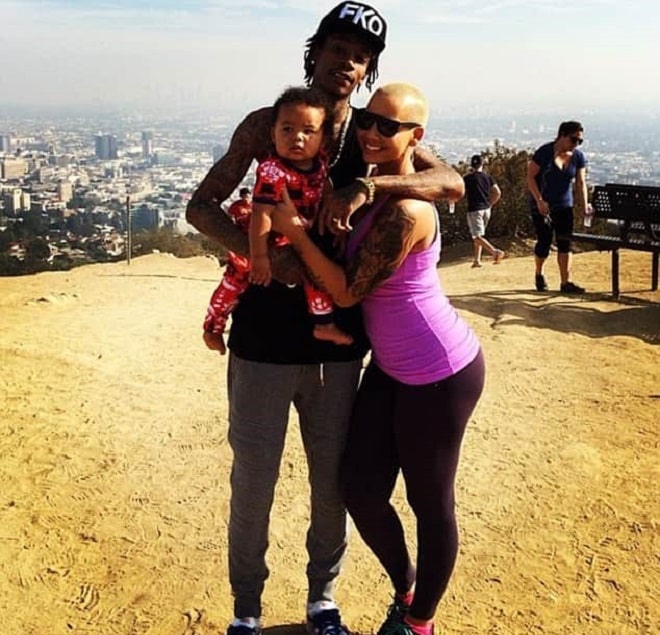 Amber Rose became a mother for the second time in October 2019. Amber gave birth to a son from her husband, the executive director of the Def Jam music label Alexander Edwards.

Amber Rose is dyed blonde and usually wears her hair short. Fans suspect that the star uses botox injections, contouring with fillers in lips and cheekbones area, and also that she had a nose job. In some photos, the nose looks really a little narrower. Perhaps this is the result of rhinoplasty. 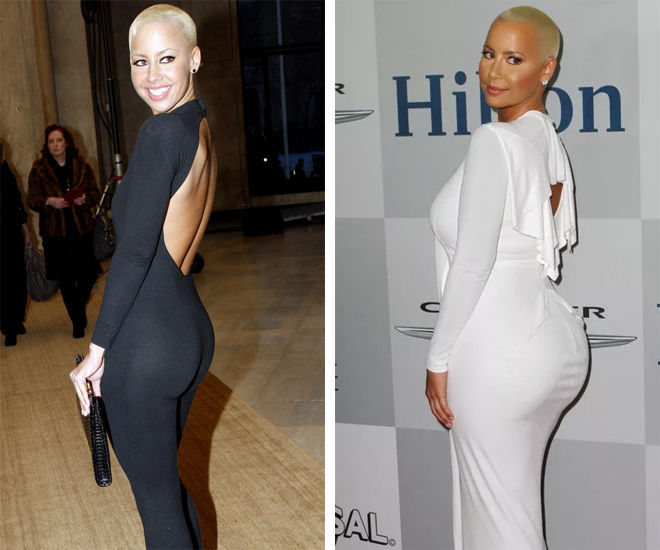 The model has a luxurious body, over which she works a lot and for a long time in the gym. Proud of her buttocks, Amber often puts it on display, wearing a transparent outfit or a bikini made of three strings.

But the star is silent about buttocks plastic surgery. Although few people believe that Amber Rose acquired such outstanding forms while sweating in the gym!

And the girl’s ex-husband, rapper Wiz Khalifa, somehow hinted that Amber has buttocks implants. “Are you sure they’re real? I beg you,” he wrote on Twitter, attaching a photo of his ex-wife.

Amber Rose has reduced her breasts! 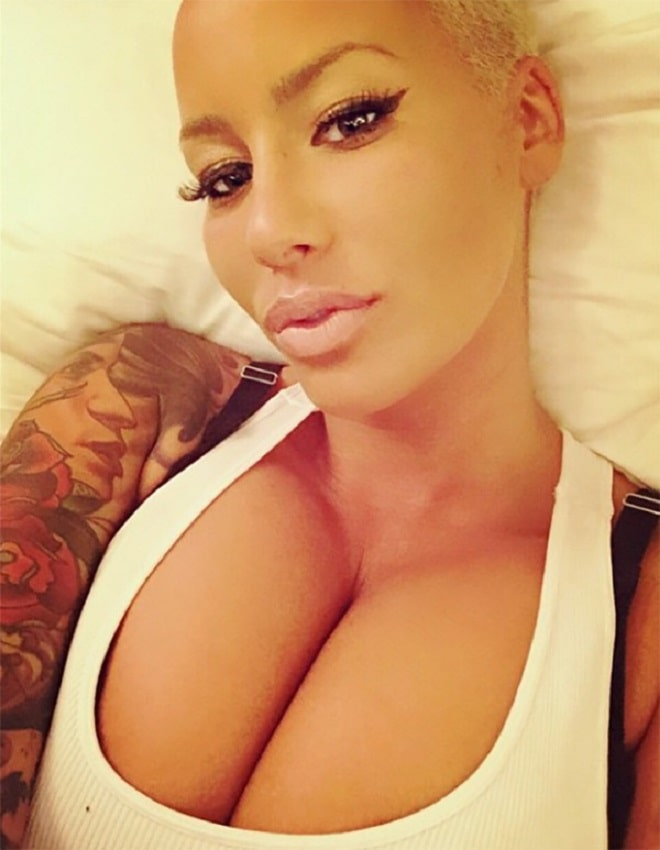 It turns out that Amber was not satisfied with her big tits. The model dreamed of making breast size a little smaller, and finally, she was able to do it. On January 28, 2018, Amber shared the result of the operation on the boob on Instagram.

“Okay, here it is!” Rose commented on her video, opening her robe. “Look how much smaller my breast has become.”

By the way, the operation to reduce Amber Rose’s breast was performed by surgeon Garton Fisher. “She had great breasts, but she wanted to reduce it in order to feel freer, choose clothes without problems, run, jump and enjoy life,” the doctor commented. 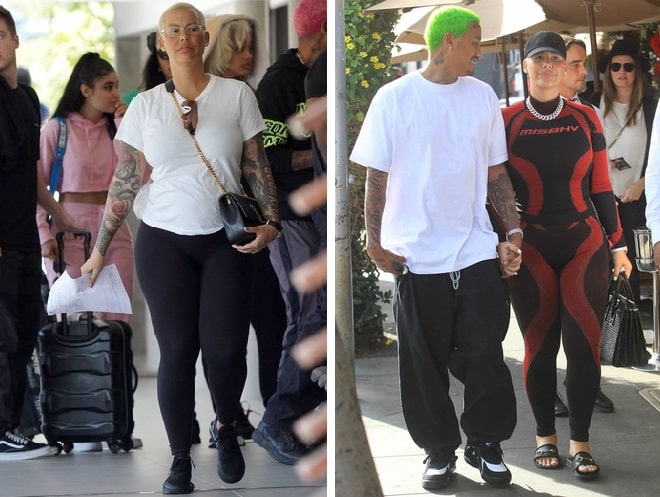 After giving birth in October 2019 the 36-year-old star gained weight. And, without thinking twice, she decided to do liposuction, and not only the abdomen but, as she says, “the whole body to remove fat.”

To be honest, the results of the procedure are not very noticeable to others. But Rose herself, apparently, is very pleased. She swapped loose T-shirts and sweatpants for a tight suit. And walked around New York in it.

Internet users compared Amber’s outfit to a diving suit. And most importantly, they began to gossip that liposuction did not really help. She can’t be called slender with all the desire. 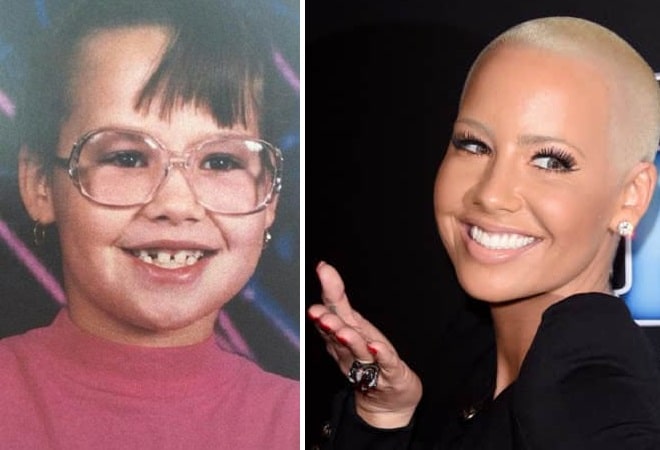 The star shared her childhood picture, in which she hardly resembles her current self.

A ridiculous hairstyle, glasses with large diopters, and noticeable problems with teeth. As we can see, nature did not reward Amber Rose with an ideal appearance, but this did not prevent her from becoming a star of show business.

There is no trace of childish awkwardness, and contracts with leading brands and stormy romances with hip-hop and RnB stars clearly demonstrate that a woman has no problems with fans.

Perhaps a child’s photo would have remained hidden deep in personal archives, but she deliberately shared the picture with the whole world.

“Hey kids, if you feel like ugly ducklings, don’t worry. Look at my childhood photo and understand that there is hope for each of you,” Amber ironically commented on her act.

The star continues to shock the public with her candid pictures, and in a recent interview, she declared her readiness to build a political career.