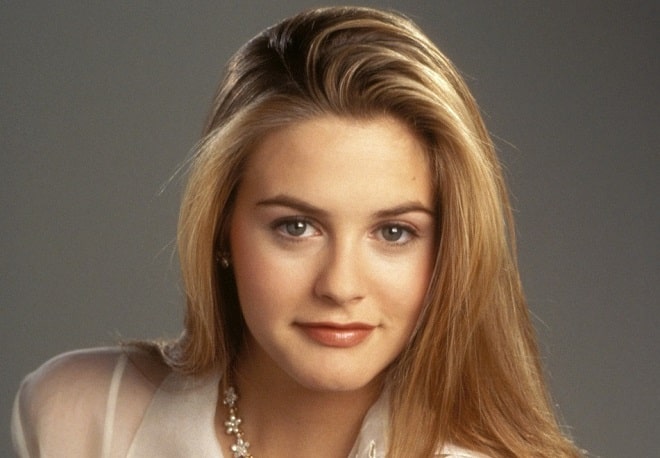 The star of a young girl quickly lit up in the firmament of show business after participating in the video of the band Aerosmith. A few years later, the actress also suddenly disappeared from the screens, as she appeared. What does Alicia Silverstone look like now and what does she do?

Alicia Silverstone in her youth

The owner of an angelic appearance began her acting career at the age of 6: her father photographed a beautiful daughter and distributed pictures to modeling agencies. The offers were not long in coming, and soon Alicia advertised commercial projects and starred in a talk show. 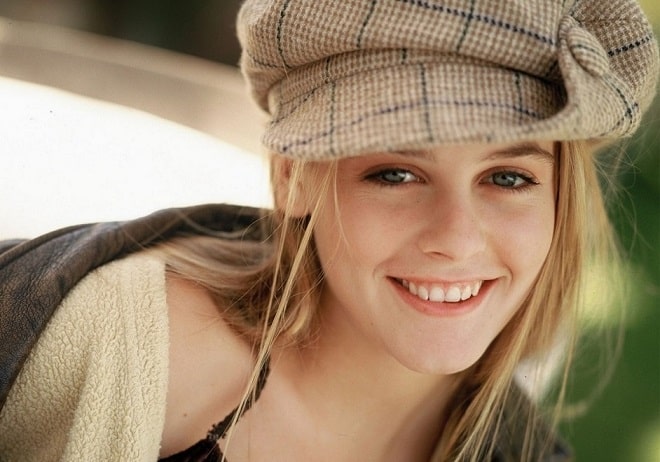 Acquaintance with Liv Tyler, the daughter of the leader of the rock band Aerosmith, played a significant role in the celebrity’s career. The musician decided to shoot a video clip “Crazy” with a daughter and her friend. After the release of the video and its continuation, the whole world started talking about a pretty, cheeky blonde with plump lips. 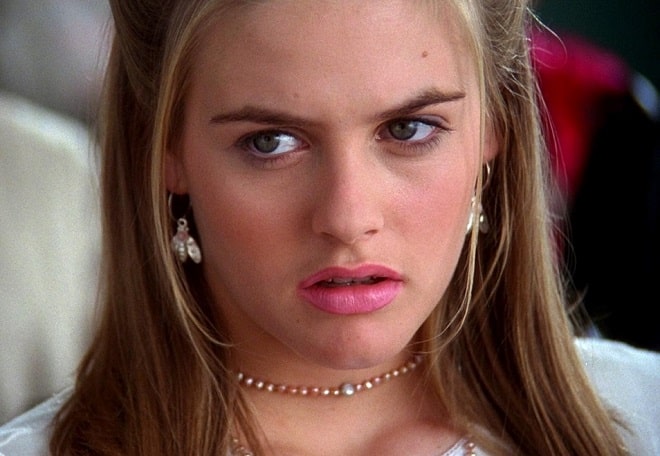 Even after Silverstone received two MTV Movie awards for her work in the film “The Crush”, she continued to be called “The Girl from the Aerosmith clips”. 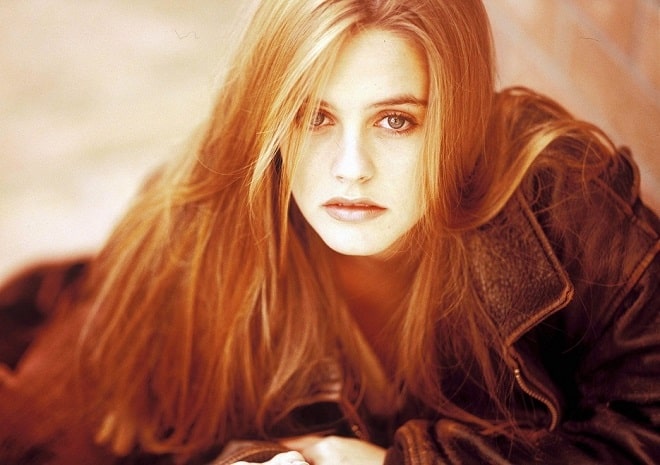 Soon the young actress got a successful role in the comedy “Clueless”, and then signed a contract with Columbia Pictures and starred in the movie “Batman & Robin”. After the release of the blockbuster, a barrage of criticism fell on the quality of the game and Alicia’s appearance — she gained a lot of weight and looked unbearable in the frame. 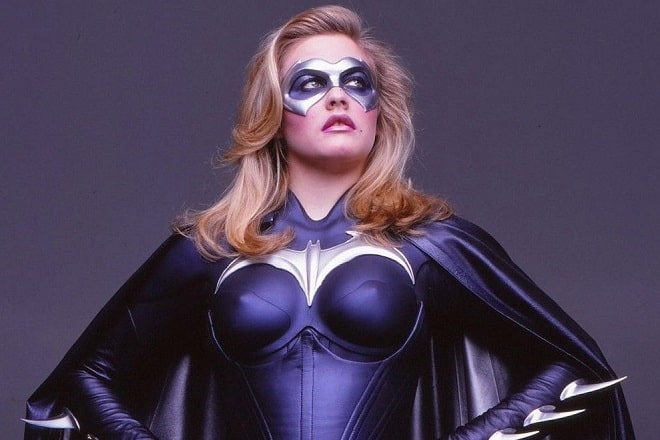 Alicia received the Golden Raspberry anti-award and soon stopped receiving significant roles. For many years, the directors did not deign to pay attention to Silverstone, but in 2003 she starred in a comedy series and was even nominated for a Golden Globe. 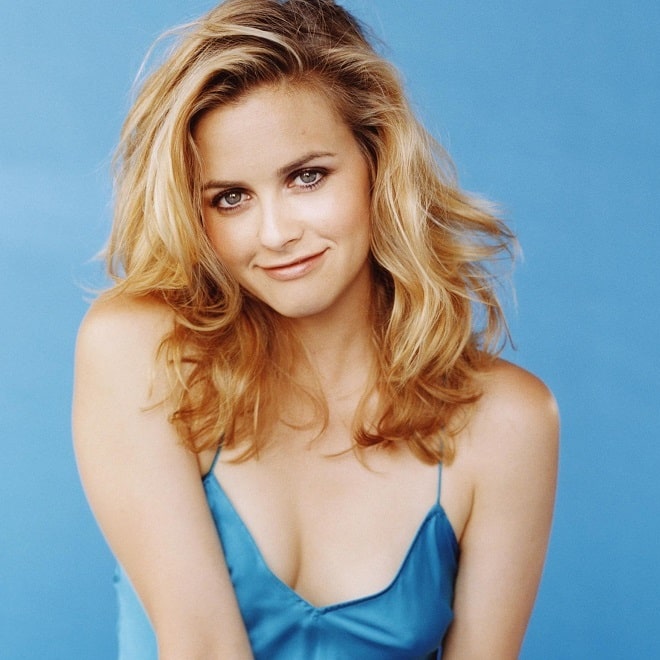 After unsuccessful projects, the star disappeared from the screens altogether, but there was another reason for her disappearance: in 2005, Alicia married Christopher Jarek and gave birth to a son. The woman decided to devote most of her time to her family and the promotion of vegetarianism. 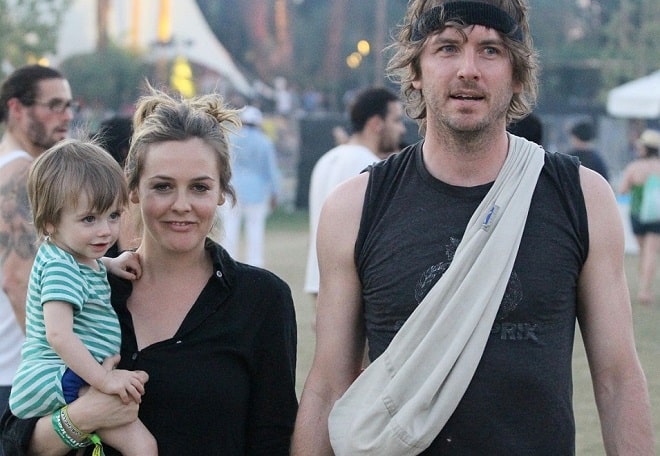 According to Silverstone, it is to a diet without animal products that she owes her unfading beauty. In 2005, Alicia was recognized as the sexiest vegetarian on the planet, and the girl shared the subtleties of “green” nutrition in her book. 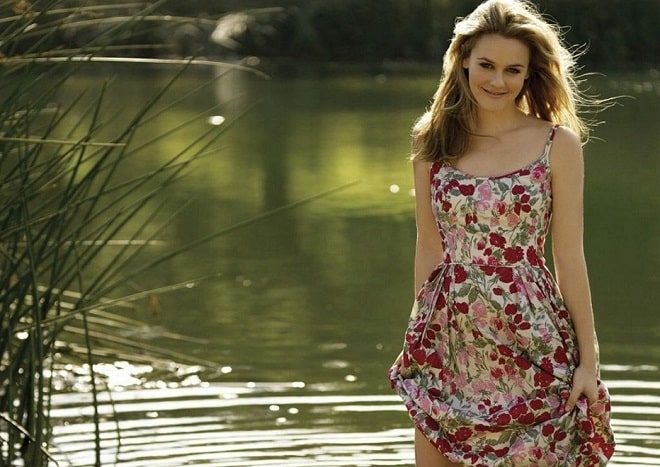 The movie star has always opposed plastic surgery and even botox injections and fillers, and at the same time has practically not changed in appearance for two decades. 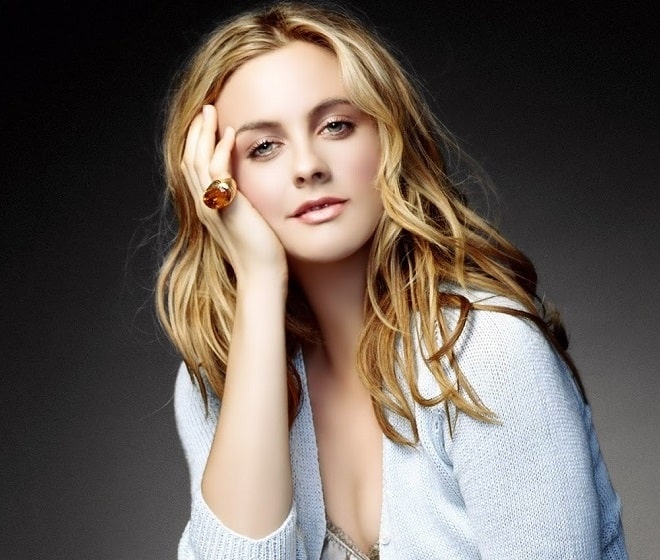 Alicia’s skin remained taut and elastic, and wrinkles did not appear on her smooth, youthful face. Fans noted that Alicia does not age at all, and the media has repeatedly included the actress in the lists of celebrities who do not change over the years. 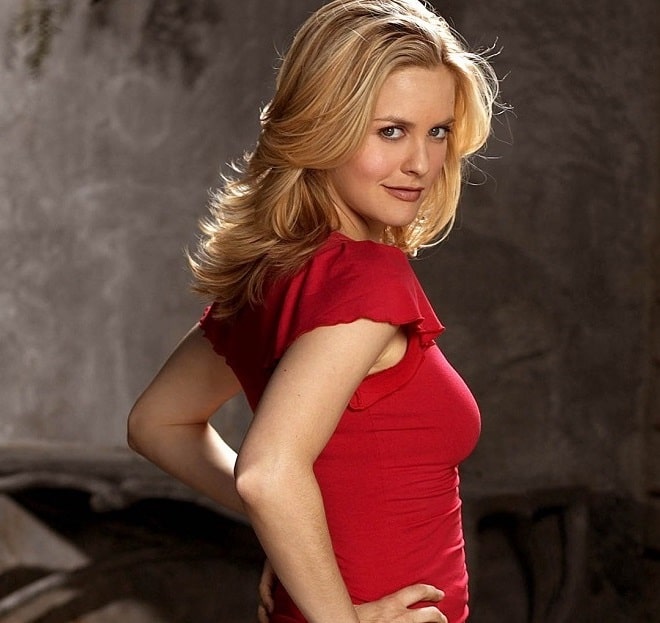 But nothing lasts forever, including youth. The actress appeared at a Vanity Fair party, and even in a bright pink dress, she looked pretty gloomy. She tried to smile, but this did not hide from the public the drooping corners of her lips, the emerging ptosis of the lower third of her face, deep wrinkles on her forehead, and a clear weight gain. Heated discussions broke out on the Network about the dramatically aged Alicia Silverstone. 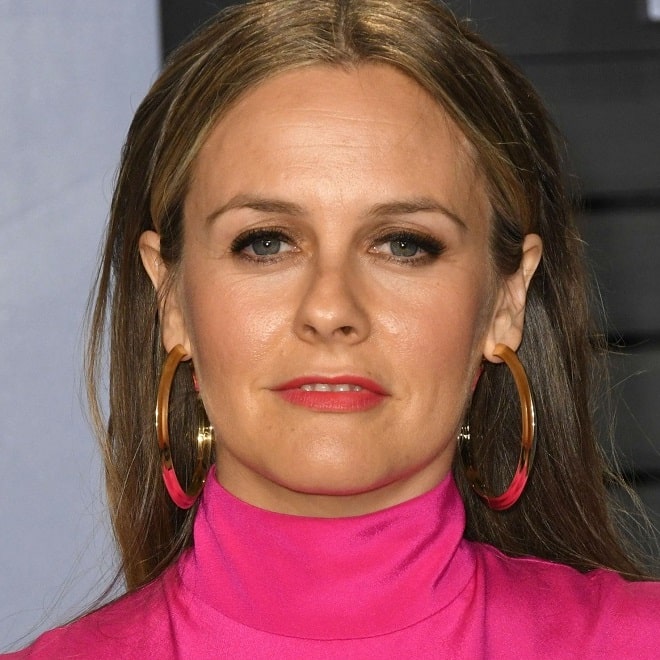 Fans advise the actress, who played the fatal beauties, to take care of herself and turn to a cosmetologist before time takes its toll. Will a strict vegetarian who tries to live in harmony with nature listen to the recommendations of fans? 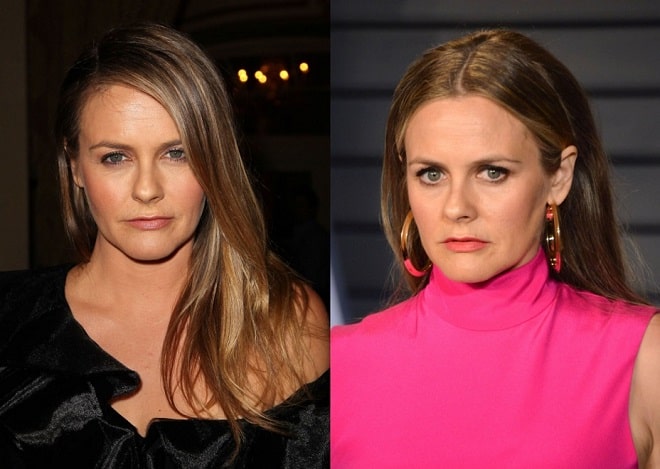 Fans believe that the appearance of the beloved actress was affected by the divorce from her husband after 20 years of marriage. Christopher shared his wife’s views on nutrition, and the couple seemed absolutely happy, so the breakup was a complete surprise. 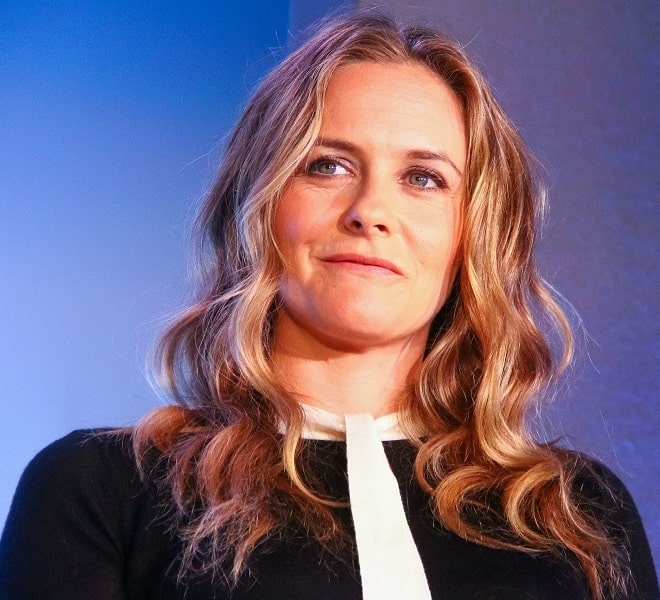 The former spouses have maintained friendly relations and come to an agreement on the further upbringing of their son. 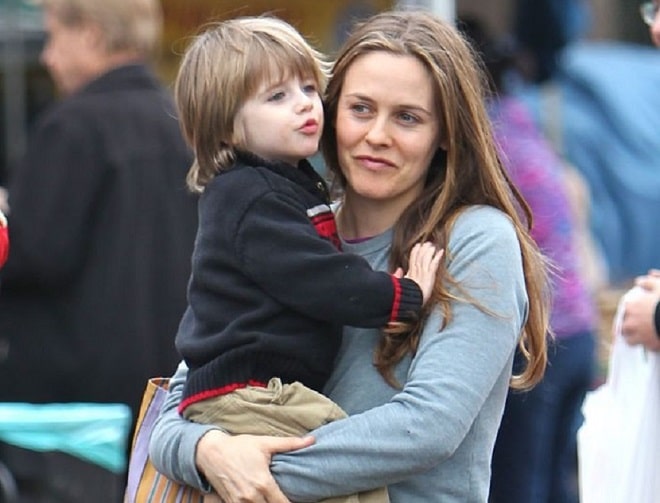 Alicia Silverstone’s Instagram has a huge number of photos and videos with Bear Blue. As the followers note, the boy is very similar to his mother. 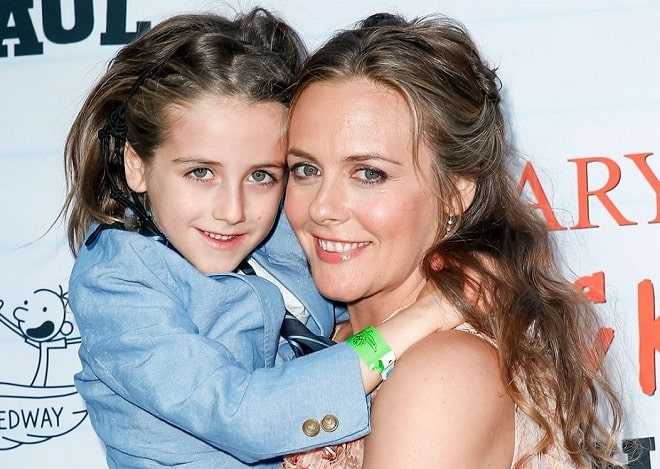 Love for her son, the support of fans, and passion for what she loves gradually bring a woman out of depression. Perhaps Alicia will again become like that cheerful and sexy girl who has made millions of viewers fall in love with her.

One thought on “Alicia Silverstone, Before and After”