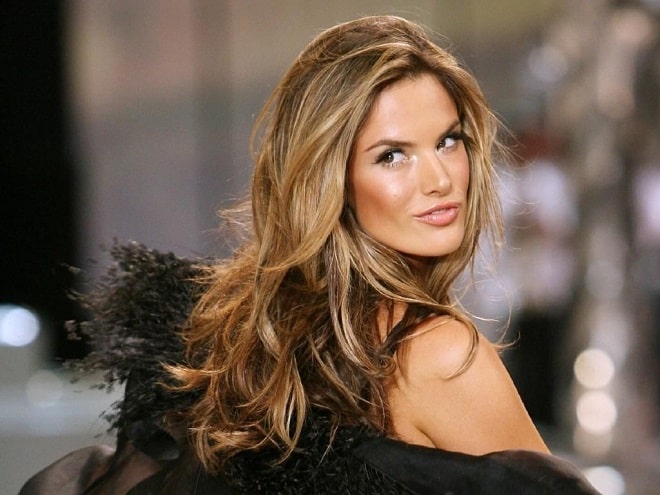 One of the brightest “angels” of Victoria’s Secret, Brazilian Alessandra Ambrosio has reached all possible heights in her modeling career: she took the top positions in the ratings of the most popular and highly paid models in the world, founded her own fashion brand Alé by Alessandra and managed to work with leading fashion houses. Let’s recall the most interesting facts from her biography.

Alessandra Ambrosio in her youth

Alessandra was born in a small town in the south of Brazil. She is half Polish, half Italian.

The girl dreamed of a modeling career since childhood – from the moment she saw Karen Mulder on the cover of one of the glossy magazines. And the dream became a reality – already at the age of 15, she won the national Elite Model Look competition, after which she received her first modeling contract.

Alessandra’s first major work was shooting for the cover of the Brazilian issue of ELLE magazine. 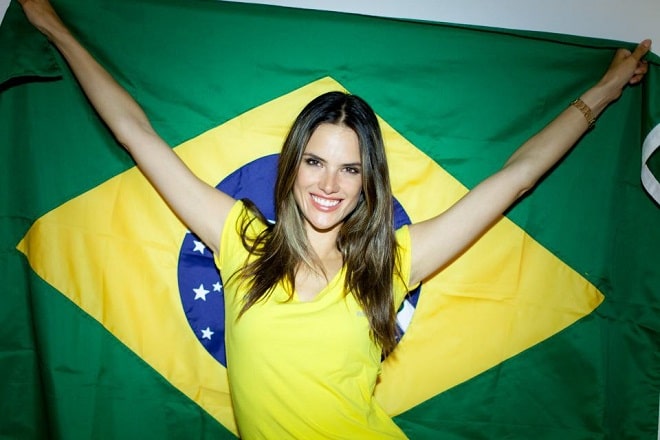 The real fame came to the model in 2001 when she became one of the “angels” of Victoria’s Secret − a famous American lingerie brand.

Since 2005, Alessandra has had a relationship with businessman Jamie Mazur. The couple has two children – daughter Anja Louise Ambrosio-Mazur and son Noah Phoenix Ambrosio-Mazur.

The model underwent plastic surgery on her ears at the age of 11 so that they would not become an obstacle to her modeling career. 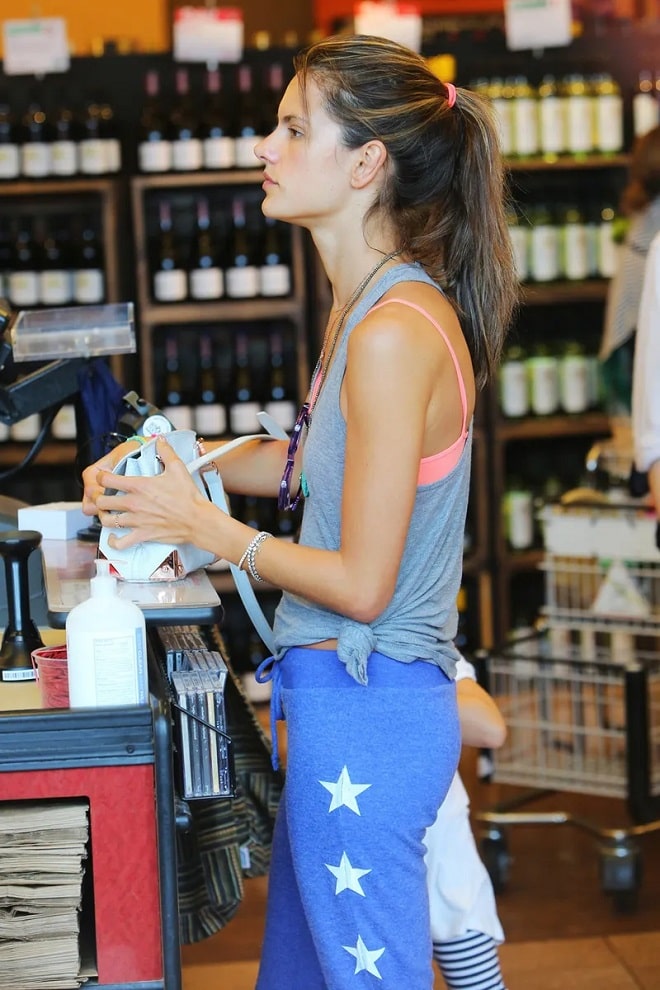 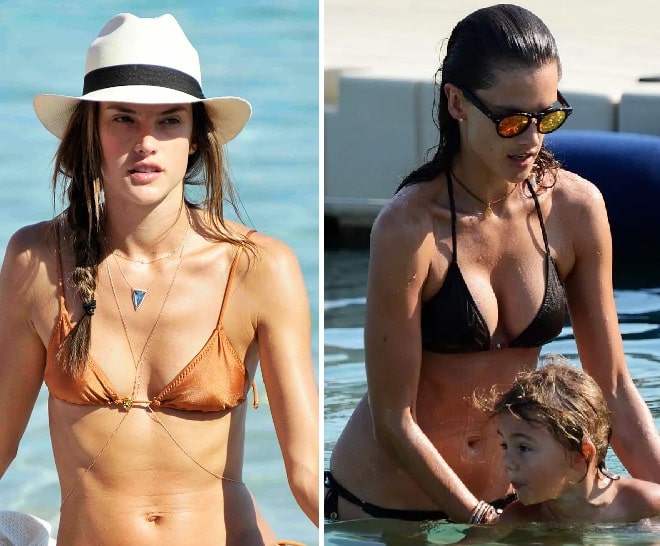 During a family vacation in Mykonos, Greece, Alessandra Ambrosio attracted the attention of the paparazzi. After the publication of the photos, a number of American media suspected the Brazilian supermodel and the “angel” of Victoria’s Secret of correcting her appearance. The news that Ambrosio had a boob job caused a great resonance.

To correct age-related changes on the face, Ambrosio probably uses botox injections in the forehead and around the eyes. As well as injections of fillers into the lower third of the face (lips, cheekbones, chin).

The model treats her appearance with reverence, but at the same time honestly talks about the disadvantages: “I have thin hair, and I have to choose shampoos with a volume effect, and I use coconut oil to moisturize the tips.”

Alessandra considers sports to be the main secret of her beauty: she does yoga, Pilates, cardio and loves surfing, which helps strengthen the hip and buttocks area.

One of the most successful models, having two children, manages to keep a good figure. Once a week she even allows herself her favorite pasta, and the rest of the time she eats fresh vegetables, fruits, “green juice”, fish and replaces sweets with natural yogurts and sorbet.

Already 3 months after giving birth, the model returned to the podium.

“After the birth of my daughter Anya in 2008, I had only three months to lose weight. I ate only 1200 calories a day (about half the norm), and I ordered meals through a special service,” the Brazilian shares her experience of losing weight.

The approximate menu of the model — eggs, and toast with avocado for breakfast, salad with chicken or fish for lunch, and sushi or grilled fish for dinner. During breaks, Alessandra satisfied her hunger with nuts, dried fruits, green juices, or protein shakes. And drank a lot of water and green tea. Ambrosio advises no one to repeat her experience with calorie restriction.