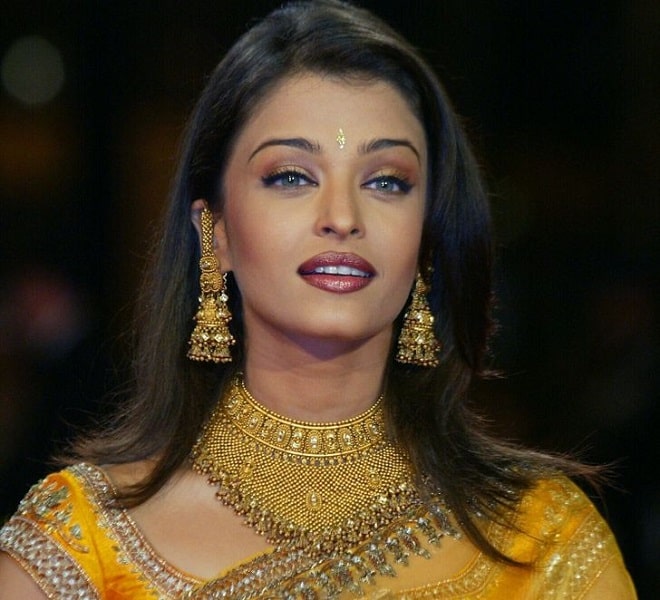 Aishwarya Rai is the pride of India. She was able to restore the former glory of her native cinema and prove that there is a way from Bollywood to Hollywood. Alas, when this talented woman decided to become a mom, her fans suddenly turned into haters.

The actress, who managed to conquer not only the Indian public but also Hollywood, was born in Mangalore on November 1, 1973, in the family of a merchant marine officer and a famous Indian writer. Due to the fact that her family was well-off enough, Aishwarya was able to get a decent education at a prestigious college in Bombay and from childhood studied English, which was very useful to her in her further acting career.

Like many other Indian girls, Aishwarya studied dance and music from an early age. The girl has always been drawn to art, but she could not clearly determine her future profession. However, there was no career as an actress on her wish list at all! 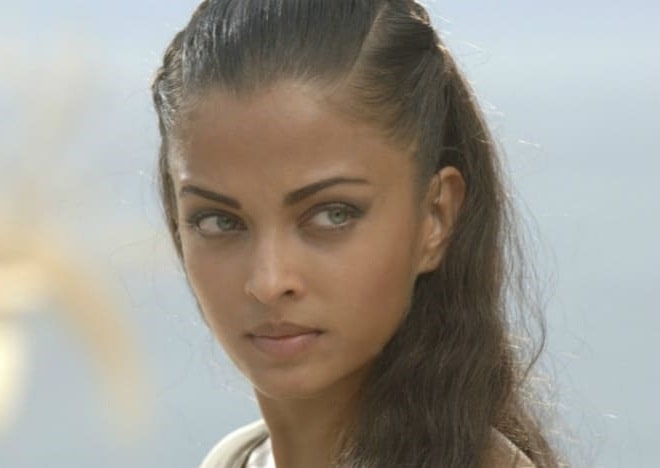 As a child, Aishwarya dreamed of becoming a veterinarian, when she got older – an architect. It was for this purpose that she came to the College of Arts, where she was going to get a prestigious and worthy profession. However, when the girl turned 18, she was invited to a casting at a modeling agency, and Aishwarya’s life changed radically.

Her appearance has always amazed others, but Aishwarya was used to being considered beautiful and treated it calmly. When, after several successful shows and photoshoots, she was offered to participate in a beauty contest, the girl, without hesitation, agreed. This was followed by the first victories, high fees, and contracts with well-known brands.

After winning a beauty contest organized by the modeling giant Ford Models, the Indian beauty’s face graced the cover of American Vogue. And from that moment she became the most famous girl in India.

A year later, Aishwarya starred in a Pepsi commercial: she was chosen from 2000 Indian beauties at a casting in Bombay. It was another important step on the way to world fame. 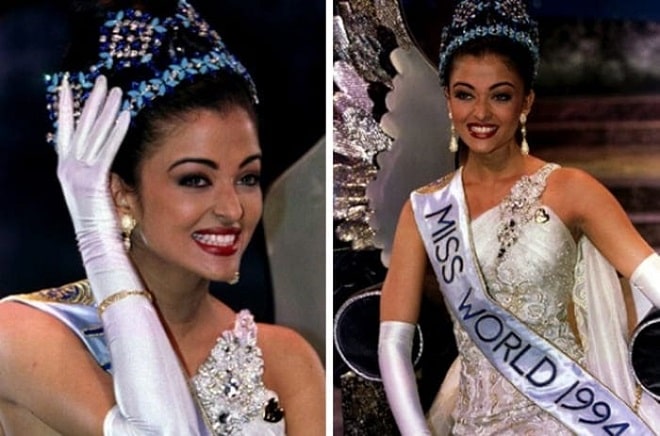 In 1994, the girl took part in the Miss India beauty contest, but unexpectedly lost first place to another – Sushmita Sen. Undeterred by her defeat, Aishwarya decided to claim the main award of international beauty contests — the crown of Miss World 1994, especially since the title of vice-miss gave her this opportunity. The smiling Indian beauty had all the data to win, and this time she succeeded!

2 years after winning the Miss World contest, Aishwarya Rai decided to conquer Indian cinema. Her debut was the film “Iruvar” (1997), which received the approval of the public and critics.

The path to Hollywood for Aishwarya was opened by the musical melodrama “Devdas”, which premiered at the Cannes Film Festival. Not only was the film appreciated the girl’s acting talent was finally noticed outside of India. 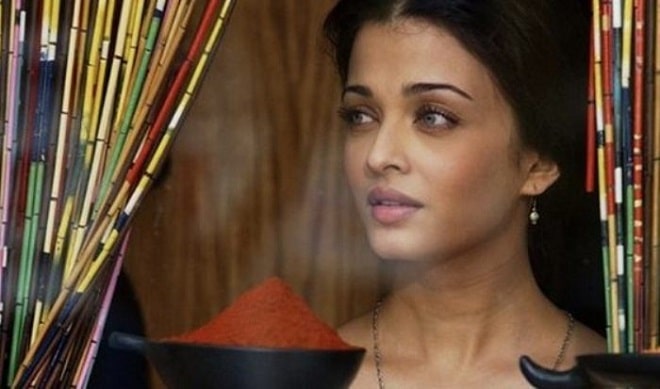 The real success that sparked the interest of the American and European public in Aishwarya was the release of the film “Mistress of Spices”.

Despite her confident steps in Hollywood, the actress never stopped acting in Indian films.

Like many Indian actresses, Aishwarya, who sings and dances superbly, could not ignore the music business: she has several albums and music videos to her credit.

She sings, dances, acts in films both in his native India and abroad… When does this beauty manage to live? But, it turns out, she manages, if not everything, then a lot! For example, in 2004, Aishwarya founded her own named charitable foundation that helps people in need in India, and in 2007 she married her beloved.

The upcoming marriage of the actress became known in early 2007. Aishwarya’s chosen one was the Indian actor Abhishek Bachchan, the son of the famous actor Amitabh Bachchan. In marriage, the actor’s couple had a daughter. 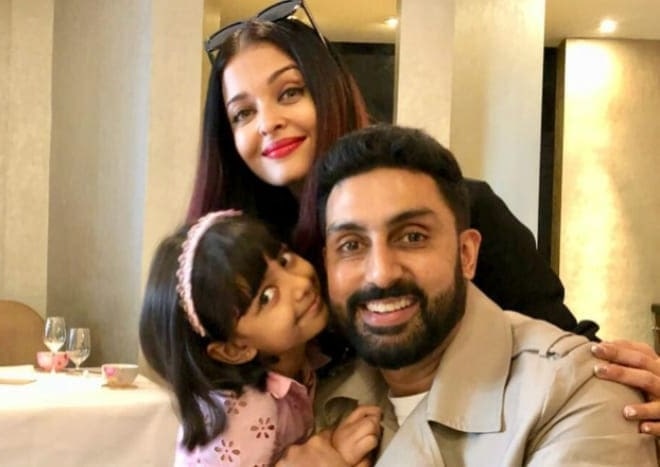 After the birth of her daughter, Aishwarya recovered very much, so the way to the screens was closed to her. Moreover, the actress was bombarded with accusations from Indian viewers. They claimed that by getting fat and losing her beauty, the actress shames the nation (which is quite strange, because, in India, fullness has never been considered something shameful). 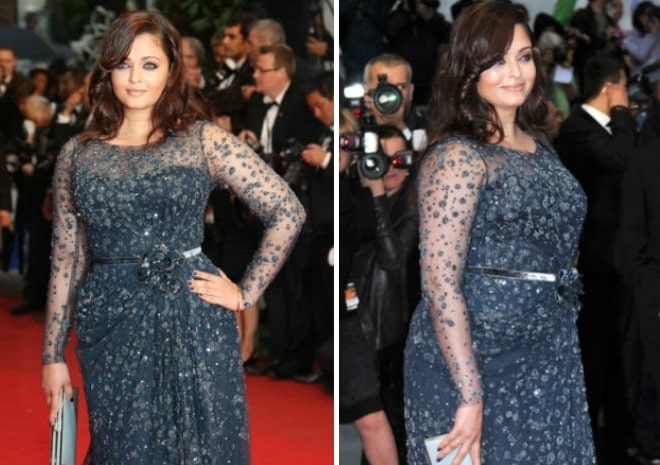 However, 4 years after giving birth, Aishwarya completely regained her form and returned to the world of cinema.

In the photos, it is noticeable how the appearance of the star has transformed since the triumph at Miss World until today. But Aishwarya Rai denies any plastic surgery and admits only to carrying out a teeth whitening procedure. 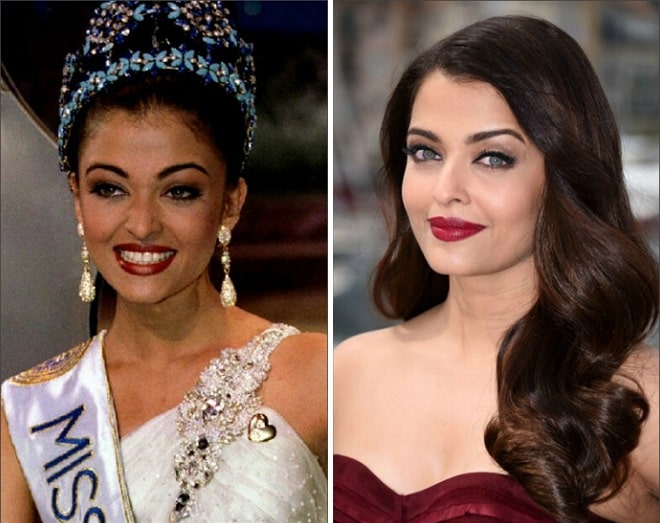 Rumor has it that the winner of the title “Miss World” 1994 Indian Aishwarya Rai has also repeatedly resorted to the services of plastic surgeons. However, the recognized beauty did not cross the line in this delicate matter. 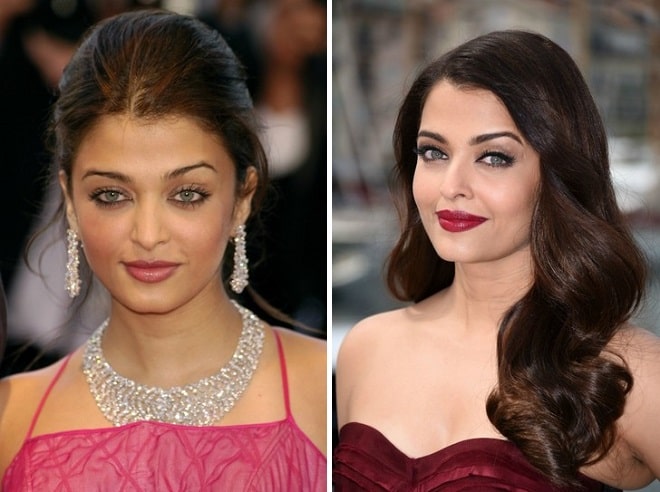 Without a doubt, the shape of her nose did not change naturally. The tip of the nose has become much shorter and neater thanks to the skillful hands of a plastic surgeon. She had a nose job, with the help of rhinoplasty she slightly corrected the shape of the nose.

With the help of blepharoplasty, she only slightly adjusted the shape of her eyes so that her appearance acquired more European features.

In addition, the actress did contouring with fillers, while increasing the cheekbones and returning the face to a young and fresh look. Periodically, the star also supplements the volume of the lips with fillers with hyaluronic acid, making the smile more seductive.

In addition, Aishwarya Rai performs skin whitening, which is completely superfluous in our opinion. 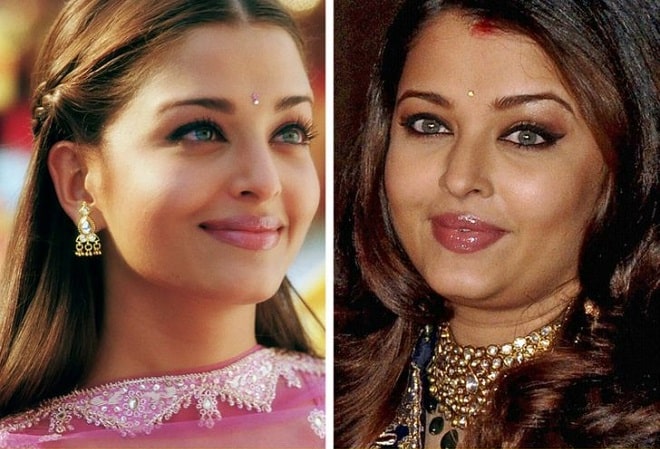 During pregnancy, the star gained a lot of weight, not only sports and proper nutrition, but also liposuction helped her get rid of it. 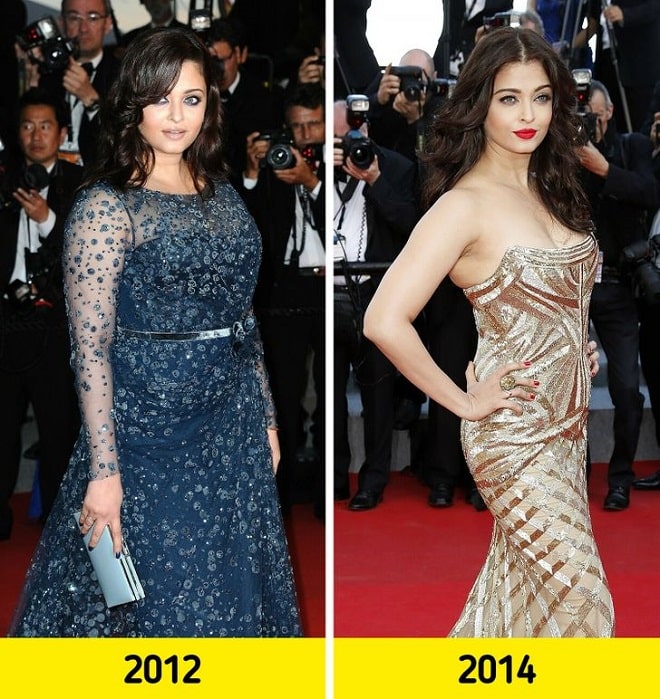 In general, plastic surgery did not spoil Aishwarya’s appearance at all.