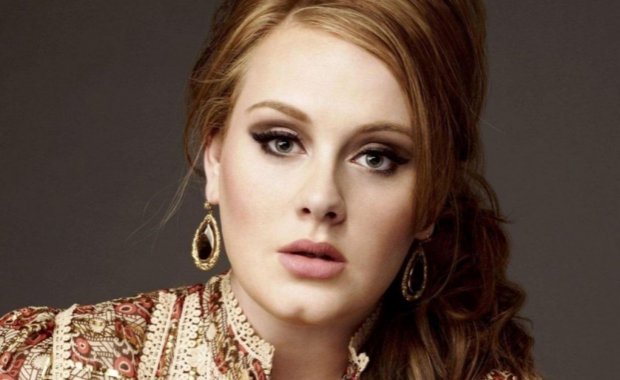 Adele has always said that her curvy forms are natural and beautiful. Moreover, she is a singer, not a top model. But she has lost weight and has become noticeably prettier. What has changed in the views of the star, and most importantly – with the help of what methods she managed to win over her nature, and did she do plastic surgery?

Before and after losing weight

Let’s go back to 2010 when many people first learned the name Adele and remembered it for a long time. This acquaintance began with a piercing song and a video of Rolling In The Deep, summing up the difficult relationships in the singer’s life. The heartfelt ballad instantly found listeners all over the world, and the British woman herself was elevated to the status of a legend.

She gained popularity in her homeland in 2007 when her friend posted one of her recordings on MySpace. The talent was immediately recruited into one of the music studios, forcing him to record the first album 19. 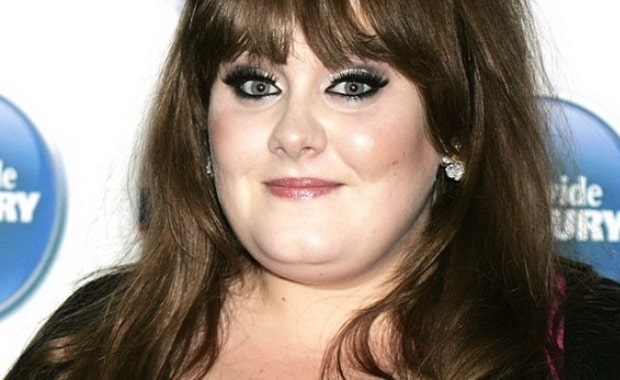 And world fame was realized two years later when the diva was worried about a difficult affair with a man who was 10 years older than her. They constantly quarreled, and the singer did not find anything better than to pour her universal sadness into songs. They were enough for a new album called 21, which broke all sales records in the United States and England.

When in 2013 Adele received 8 Grammys and an Oscar (for the best soundtrack to James Bond), she finally became a favorite of the whole world and disappeared. The reason was purely female, she started dating a new man. This time everything was going well and gave birth to a child.

In 2015, she managed to return, and her first single Hello from the album 25 became the title hit of all radio stations, and tickets for her first tour in three years were sold out in a matter of days.

Adele did not have to shock the audience with obscene behavior and put on tight outfits – the audience fell in love with her strong voice, easily taking three octaves.

During live performances, the singer chose black outfits, and in the clips, everything superfluous was removed due to successful poses, light, and filters. At the same time, it is difficult to blame the singer for the lack of taste. In the photo, Adele always looks attractive and elegant.

On the red carpet, she wears floor-length dresses or midi dresses with embroidered belts, which successfully fits into her image of a retro diva singing ballads in the soul style. 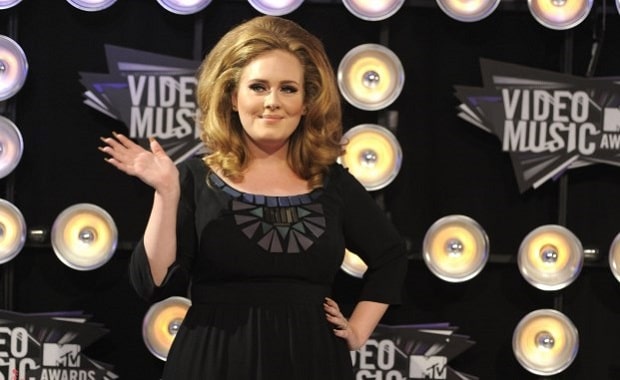 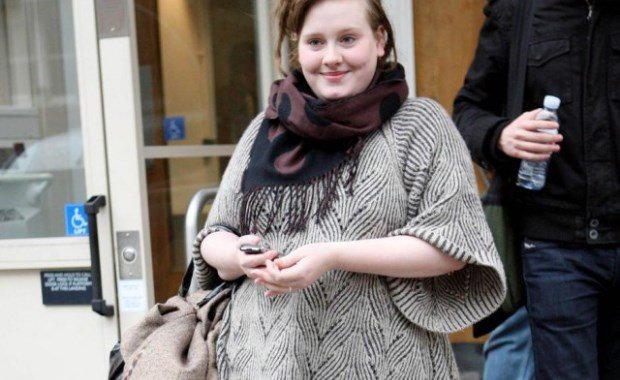 The star has always said that she loves sweets and hates sports, so she will not drive herself into a corner for the sake of a wasp waist. Adele’s weight did not bother her much, and most importantly, it did not interfere with her career at all. However, she broke her own rules. 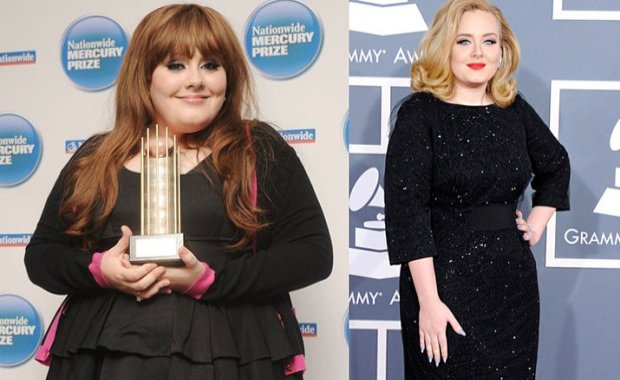 In 2013, Adele liked the vegetarian diet, and she lost weight. It was just 4 months after the birth of her son Angelo, and the star, taking care of a healthy diet for the baby, herself became addicted to a healthy diet. 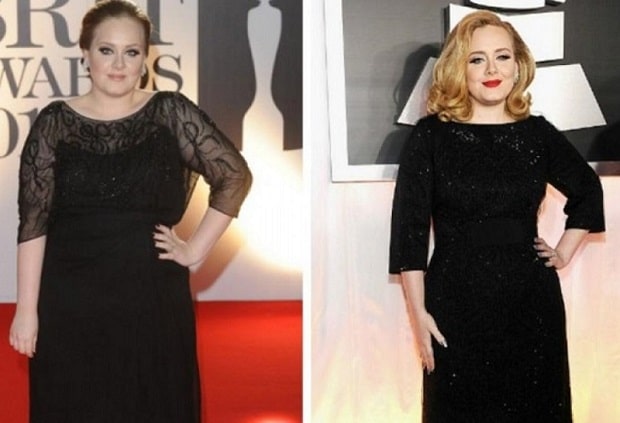 In 2015, for the sake of her triumphant return to the stage, Adele again went on a diet and lost. She even joined the gym and fell in love with smoothies, which are much healthier than high-calorie desserts. A new haircut also helped to emphasize the built-up figure. Adele before and after losing weight are two different girls because the singer has learned to be an icon of styles and monitor weight, while not changing her principles much. 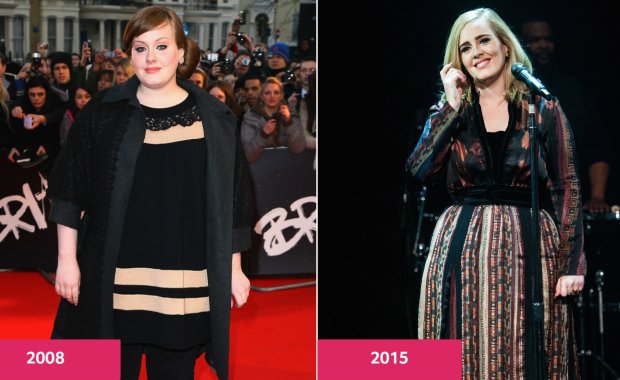 The audience has been interested in Adele’s changing weight for a long time, and it would be easiest to assume that the singer, like many Hollywood celebrities, went for liposuction. But, given that the singer gradually lost weight, in front of everyone, then Adele hardly did this kind of plastic surgery.

On February 9, 2020, the next Academy Award ceremony was held. Among the invited guests there were many celebrities who tried to stand out as much as they could. Singer Adele managed it exactly, but not thanks to an elaborate outfit or a shrill voice, which would be logical, but thanks to a figure that has changed beyond recognition.

TV presenter from Poland Kinga Rusin posted a picture of dazzling beauty in a tight leopard dress on her microblog and admitted that she did not immediately recognize the famous British singer Adele in her. The fact is that the singer has lost weight significantly over the past year, which naturally affected her appearance. 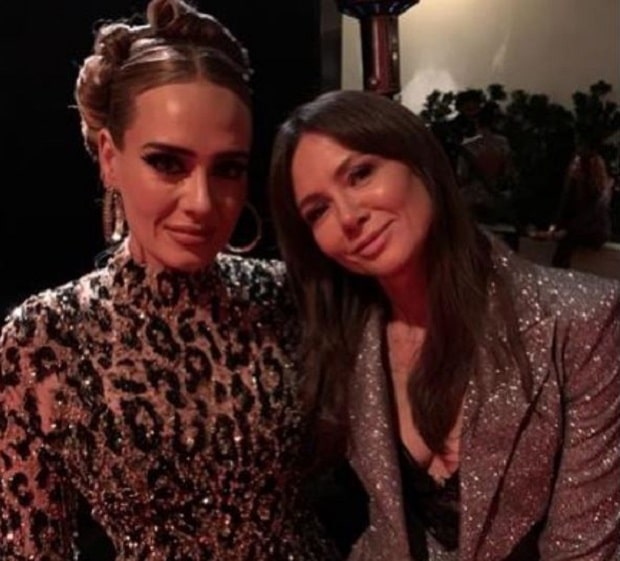 The transformation of the star was talked about in the fall of 2020 when she appeared at a party in honor of the birthday of the singer Drake. Photos from the celebration literally blew up the Internet, since then every new picture causes a wave of discussions, admiration, and criticism, too. 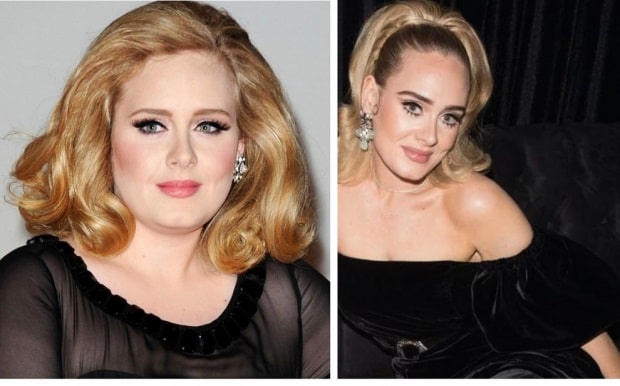 Some followers believe that Adele needs to stop or at least lose weight not so sharply because in the photo it is noticeable that the skin does not have time to adapt to such extreme weight jumps. On the face appear wrinkles, and the once magnificent chest begins to sag. It is possible that soon the star will need plastic surgery after losing weight. 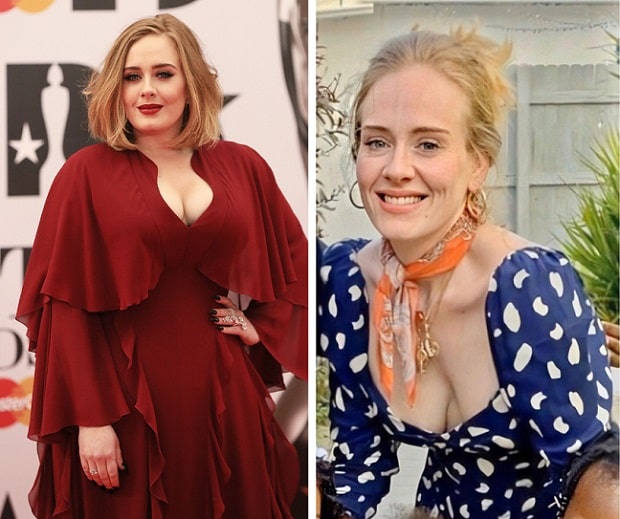 Others, on the contrary, believe that the star has become a real beauty and has become noticeably younger. 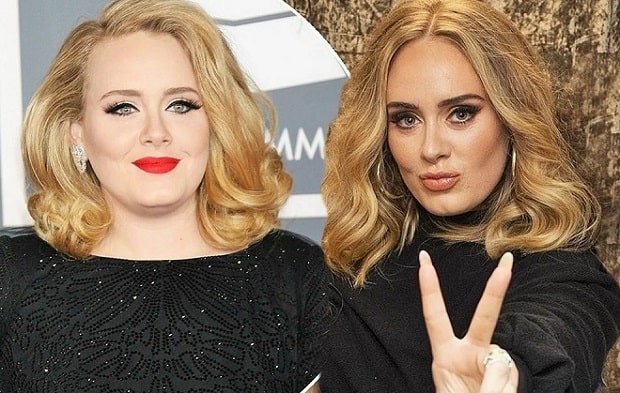 How did Adele lose weight?

Naturally, the main question that interests journalists and subscribers is how the star managed to achieve such results. 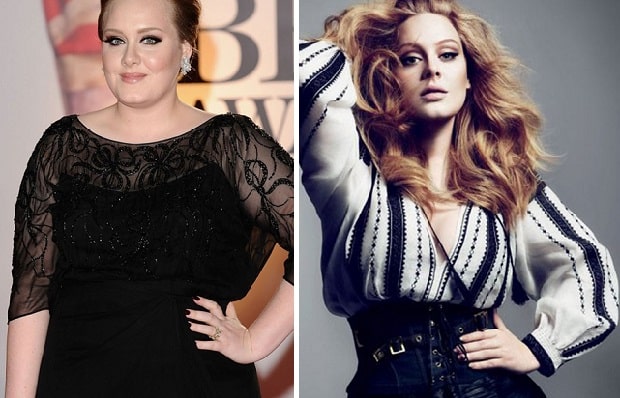 According to insiders, Adele adheres to the so-called Sirt food diet, the essence of which is the use of plant foods that promote active fat burning in the body. For this purpose, products containing the special enzyme sirtuin are suitable, for example, cabbage, green vegetables, buckwheat, and much more.

Celebrity trainer Camila Goodis adds that nutrition is 90% of success, so the total daily calorie content of Adele’s diet has been reduced by exactly half. Also, the British woman’s favorite tea disappeared from the menu, because she preferred to drink it with sugar. In addition, the celebrity trains intensively and regularly.

Adele herself jokes that she used to cry, but now she sweats. She really had a serious reason for tears: last year she divorced businessman Simon Konecki after 2 years of marriage. Perhaps this event also influenced the rapid transformation of the singer.

Whatever it was, the changes clearly benefited Adele, because in the new image she feels harmonious, happy, and inspires women all over the world. 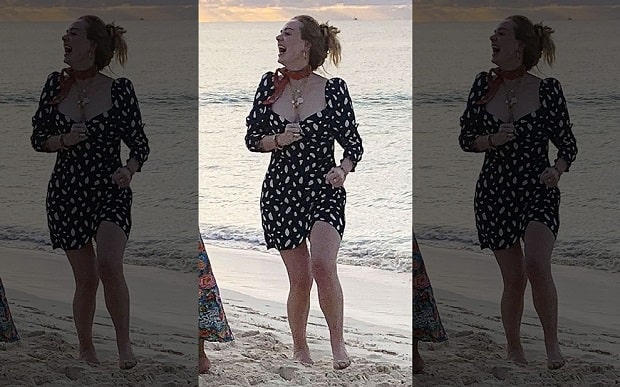 Before and after rhinoplasty

The nose job was definitely performed. If you carefully consider the photo of Adele for 2008, when she took her first steps into the world of fame, and compare it with the later photos, there will be a serious difference. 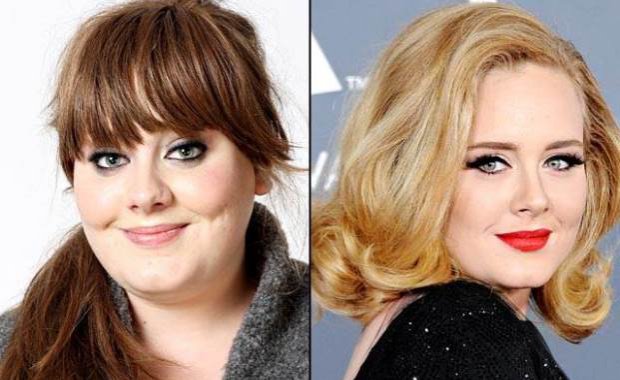 If earlier the star had a potato nose, now it is elongated and slightly raised. This difference between Adele before and after is explained only by the rhinoplasty. 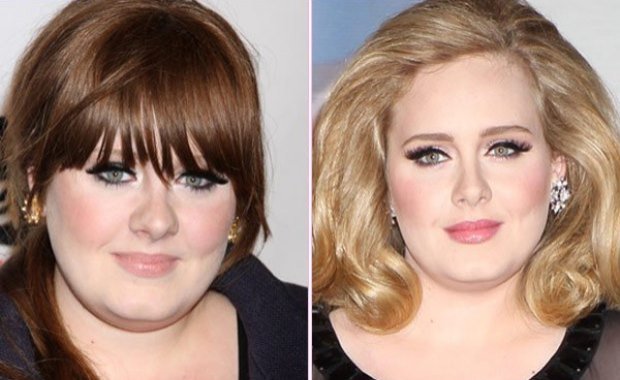